How VR moved forwards at MIPTV

Virtual Reality was THE buzzword in Cannes this April. MIPTV's VR ambassadors - from ARTE, Orange & more - discuss the current state of the industry and the challenges awaiting them.
By Matthias Puschmann on June 1, 2017 0 Comments
23
23
Shares

This year’s MIPTV had a large focus on Virtual Reality, with many sessions discussing the challenges and opportunities this nascent industry holds for creators and developers. It also presented MIPTV attendants with VR content initiatives that take storytelling and branded entertainment to the next level.

MIPTV welcomed speakers and representatives of numerous VR production companies, VR device manufacturers, media consultancies, and VR experts from adjacent fields discussing the current state of the industry and its challenges. An extensive summary of all the discussions can be found here.

Now the dust has settled, leading minds of the sector — who had shared their thoughts on VR here on MIPBlog pre-show — told us how they thought VR moved forwards as a viable entertainment medium at MIPTV 2017.

Dominic Collins, General Manager of Jaunt VR for EMEA, considers VR to be at a very early stage:

“It is safe to say that VR arrived at MIPTV – with more demos, stands and devoted panels, and a lot of interest from the attendees, than ever before. We saw many content producers trialling VR, but more importantly witnessed much discussion on how this unique storytelling medium can add value to their craft and business.

“That said, the industry is not yet mature enough to be bought and sold in the same way as TV content. Sure, VR slates are emerging (including Jaunt’s series revival of Lawnmower Man), but we’re a little way off this being a primary focus of MIPTV.

“I predict things will have moved further along by MIPCOM, and even more by next year’s MIPTV, where we’ll see ramped-up VR distribution and audiences justifying bigger budgets being spent on quality VR storytelling.”

Kay Meseberg, Head of 360/VR at Franco-German broadcaster ARTE, sees VR at the verge of becoming a real business:

“Just one year after the first presentation of VR and 360 as a new medium in Cannes at MIPTV 2016, immersive content takes huge steps from a future promise to becoming a real business. The market, the VR screenings, the VR leadership summit – it seems that the new medium finds its way into existing markets such as the television industry. These are very exciting times for this new medium.” 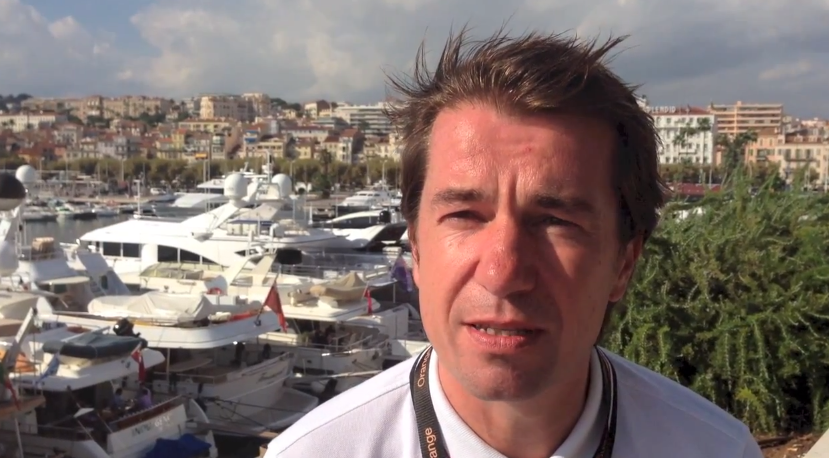 Morgan Bouchet, Director Digital Content-Innovation and Head of VR at Orange, found VR to be the talk of town during MIPTV:

“Everybody was talking about VR at this year’s MIPTV. It was THE buzz word during the week in Cannes and since my presentation last year we can see an enormous increase in interest in this topic at different media events around the world. VR will become huge, but nobody knows yet when this will become a reality. Media companies and producers need to get ready for this and avoid this hype transition until it does.”

“MIPTV continues to impress with its thought leadership across the entire TV, film and technology landscapes and I was pleased to see VR have such a significant presence this year in Cannes. One of the most important things for the entire VR industry is that we continue to see great content and great storytelling. I was encouraged to discover this was one of the big themes at this year’s MIPTV along with a vibrant VR demo area and a number of sessions discussing the VR businesses potential and how it relates to the future of television.”

This year’s sessions and demos at MIPTV have brought together several sectors of the entertainment industry and have encouraged constructive discussions among creative companies. The challenge is now to establish a healthy and fruitful VR ecosystem and develop a common ground.

But where are we currently standing? How far have we come along the road and what challenges does the VR industry still face before truly being adopted by the masses?

2016 has been the year in which VR matured. Several tech giants have positioned themselves and some have pioneered with the release of new VR headsets and the development of cutting edge software. But also numerous start-ups have started dipping their toes into VR waters, receiving huge investments and developing innovative software, hardware and compelling content.

This year is going to be an even bigger year for VR. The funding continues and content libraries keep on growing. On the tech side, pioneering tech giants like Samsung and HTC renewed their devices, several content networks opened their platforms to independent developers and more and more Daydream-ready smartphones will enter the market in 2017. Monetisation models are starting to emerge such as the paid subscription service for HTC’s Viveport marketplace which launched this April.

The industry is also focusing on solving some of the challenges which VR is currently facing: increasing content discoverability, decreasing platform fragmentation and creating more and more general consumer interest for VR entertainment. And with VR arcades and VR cinemas spreading across the world (there are several thousand VR arcades in China alone), VR is slowly but steadily going mainstream.

It is now up to the VR producers to create and promote even more content which is compelling enough to drive interest and attract new consumers who will help spread the word. This may very well take a few years until VR entertainment becomes a mainstream medium with mass adoption rates, but the VR industry is well on the way. Exciting times ahead!