Who's pushing the boat out in terms of innovative TV activations? Find out in our latest round-up.
By Henner Herwig Jürgens on February 7, 2017 0 Comments
6
6
Shares

To engage fans with its new sci-fi drama “Timeless”, which premiered on October 3, 2016, NBC released a VR/360 experience on on November 28. As the series is set in a world where time travel is possible, viewers can step inside a time machine, also known as the Lifeboat, to experience the moon landing in 1969. The experience is exclusively available on YouTube and is a tie-in to the episode “Space Race”, which aired on the same day. 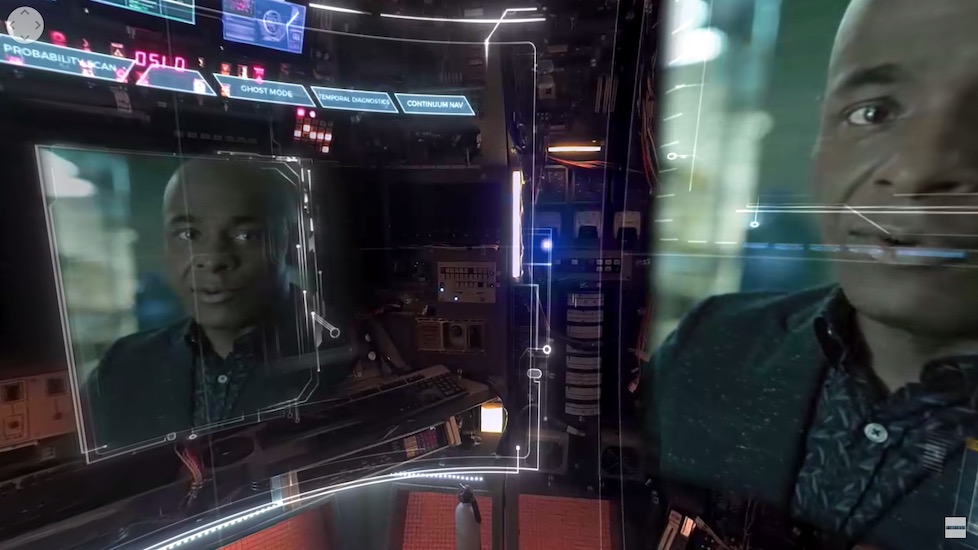 The video, which has a running time of five minutes, starts off inside the time machine. One of the show’s protagonists named Connor Mason, the head of the company that created the machine, tasks users to observe if everything goes according to plan. He reminds the audience that they are simply there to watch and to remember to stay in ghost mode so that they won’t be detected and change the course of history. 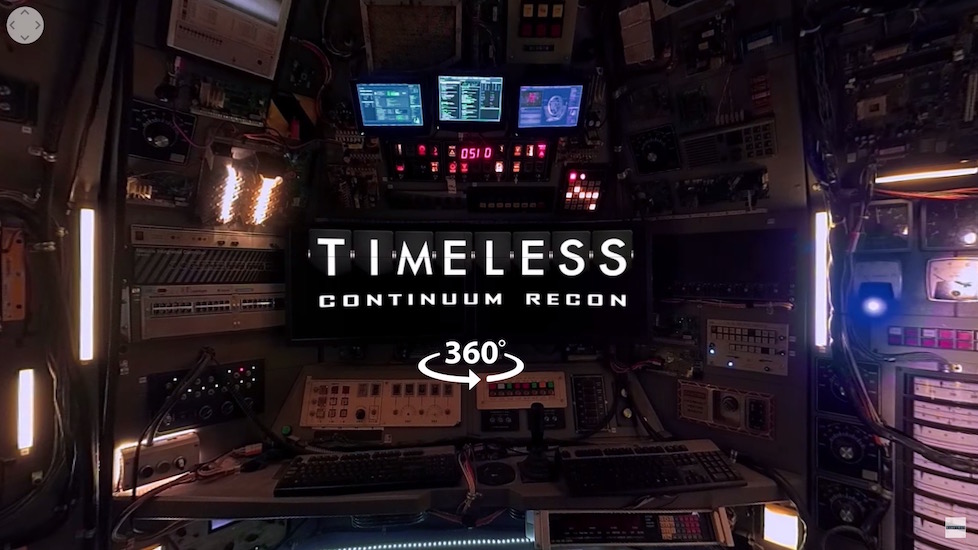 Viewers are then transported back in time to witness the minutes before Apollo 11 successfully reaches the moon’s surface. At first, users are placed inside NASA’s headquarters. The scenery features scenes from the actual episode and allows users to take a closer look at the set. 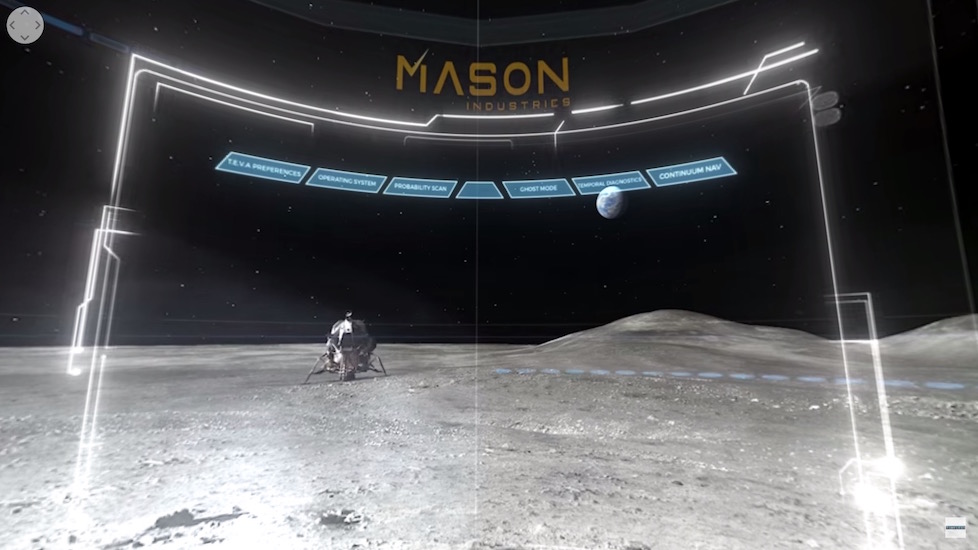 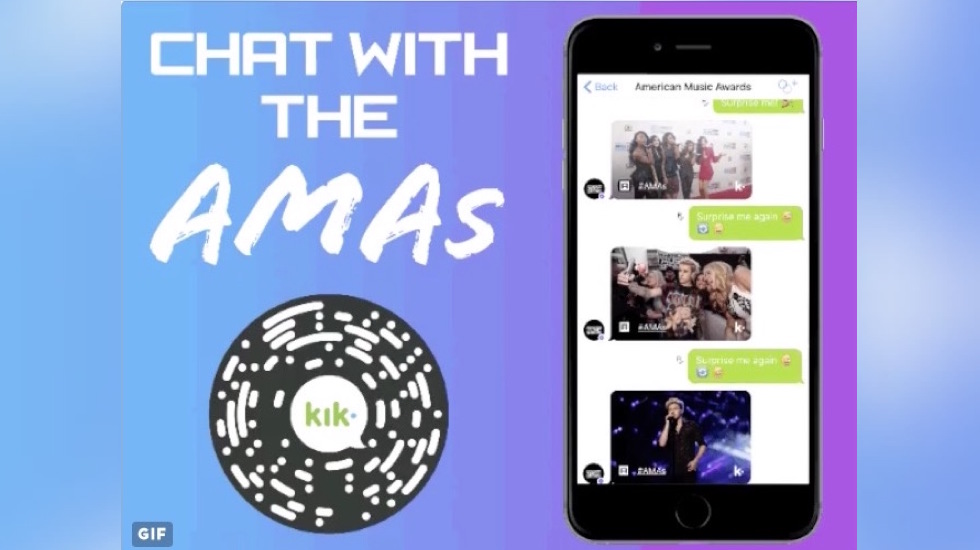 Due to a partnership with instant messenger app Kik, the 44th annual “American Music Awards” got even more engaging and the digital fan experience was expanded to a non-traditional platform. Fans of the awards show were provided with exclusive digital content by a custom AMAs chatbot not only during the preliminary stages of the event, but also throughout the ceremony, which took place on November 20, 2016. 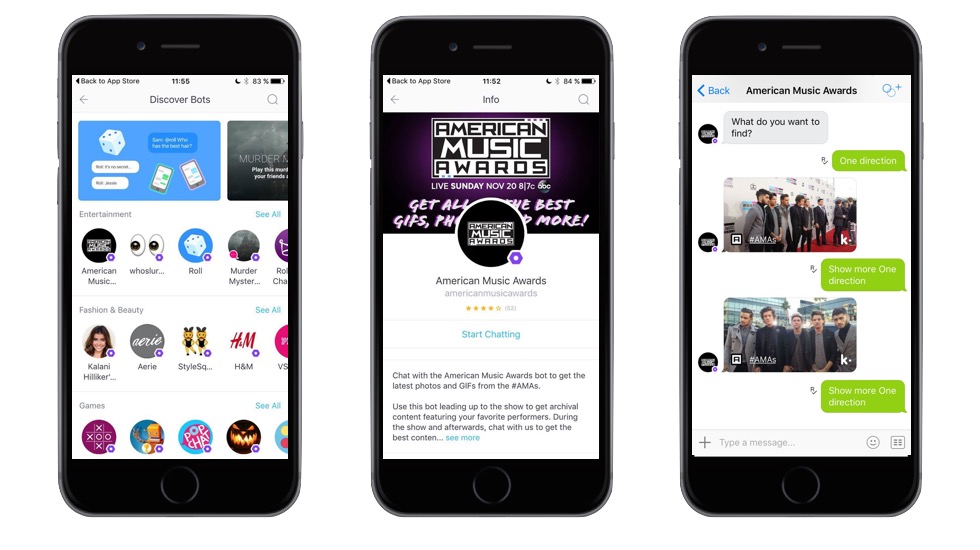 App users first had to either scan a dedicated Kik code or search for “American Music Awards” in the Kik Bot Shop in order to be able to chat with the bot. Leading up to the show, fans gained access to archival content of previous shows in form of GIFs and photos. 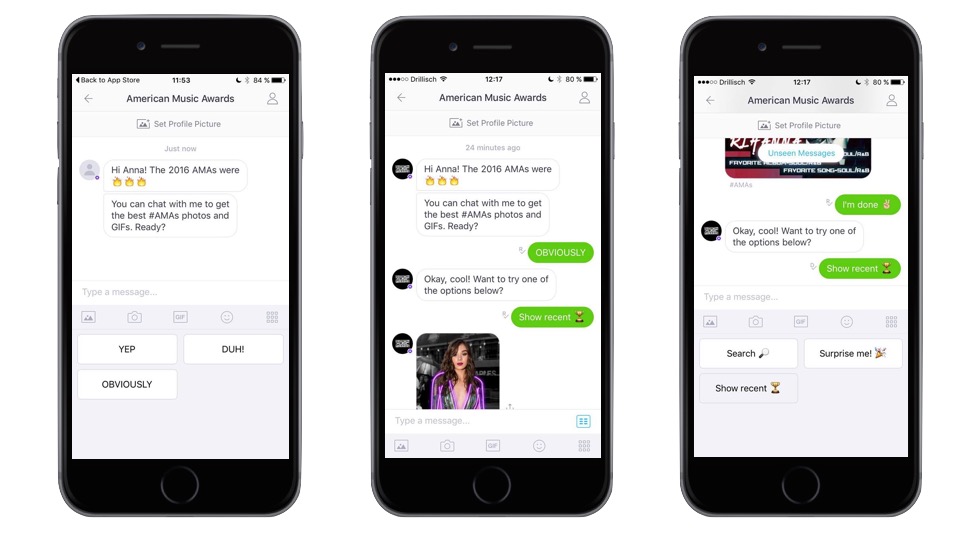 During and after the show, the bot offered users photos and GIFs from 2016’s AMAs. Fans could either search for specific key words like ‘Red Carpet’ or names of artists or they could click on the ‘Surprise me!’ button to receive random content. The most recent content was sent to users if they selected ‘Show recent’. Moreover, fans could browse the AMAs GIF library within the apps integrated GIF keyboard. 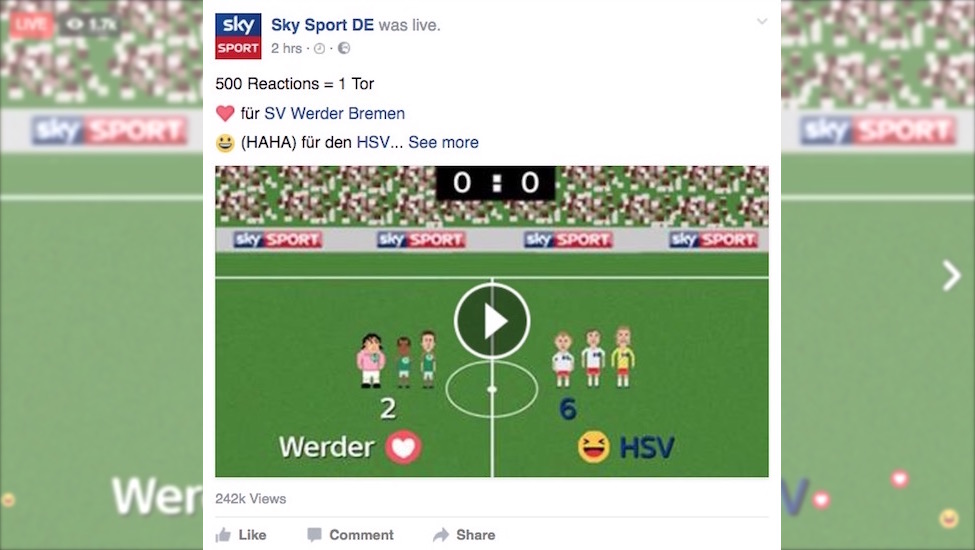 In order to promote the soccer derby between the two North-German Bundesliga clubs Hamburger SV (HSV) and SV Werder Bremen on November 26, 2016, pay-TV broadcaster Sky Deutschland hosted the interactive ‘Nord-Pixel-Derby‘ on Facebook Live one day prior to the real “Nordderby”. Using the Facebook reaction buttons, fans had to vote for their favorite team during the live stream in order to determine the result of the animated derby. 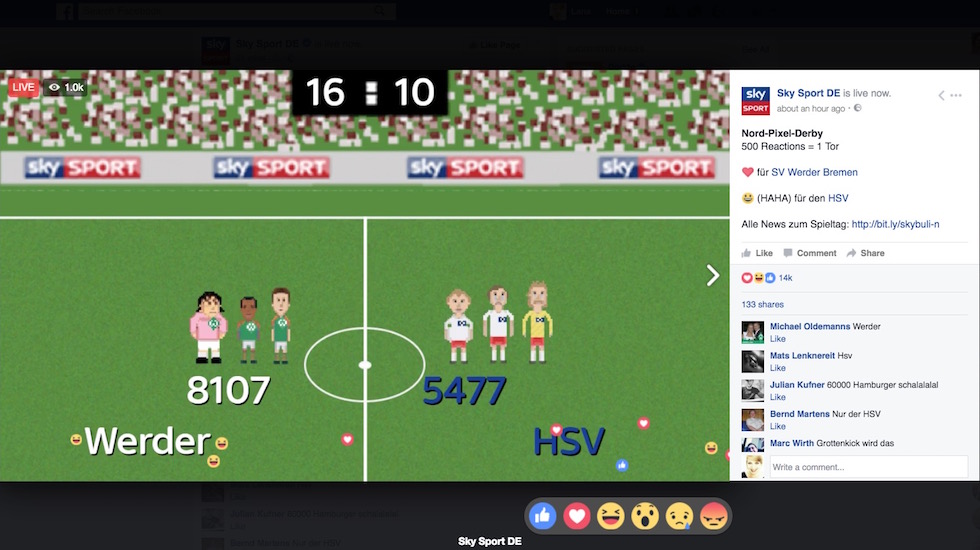 During the one-hour stream, fans had to react on Facebook according to their favored team. Fans of SV Werder Bremen could vote for their team by reacting with “Love”, whereas HSV fans voted via the “Haha” reaction button. For every 500 reactions, the teams scored one goal. On screen, viewers could see the growing number of votes as well as the total score. The match also featured sparsely animated figures as well as two live commentators. The voting ended after one hour, with a total score of 16:10. 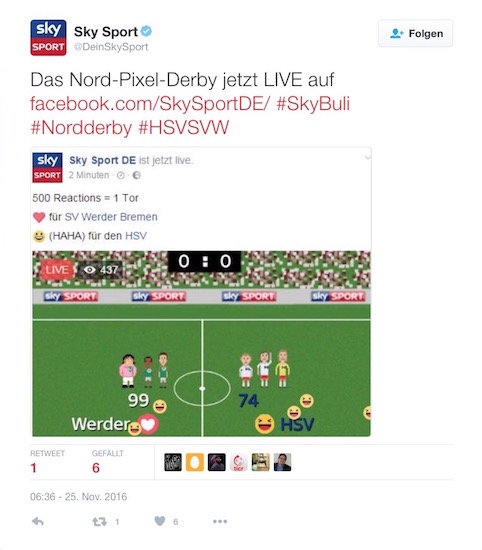 The real derby between the two soccer clubs was broadcast on November 25, 2016 on Sky Sport. It had been a much anticipated duel, as the two teams had been two of the least successful clubs in this year’s Bundesliga season. The fan engagement campaign prior to the match had been announced on Twitter, too.