Who's pushing the boat out in terms of innovative TV activations? Find out in our latest round-up.
By Nicole Greiner on January 16, 2017 0 Comments

Gearing up for season six of political thriller series Homeland, which is set in New York City this time and will premiere on January 15, Showtime created an interactive New York City walking tour. The ‘Homeland: Surveillance Mission’ tasks fans to head to different physical show-related locations and unlock exclusive content from the new episodes. Additionally, fans can enter a sweepstakes from December 19 through December 30 for the chance to win cash and goodies. 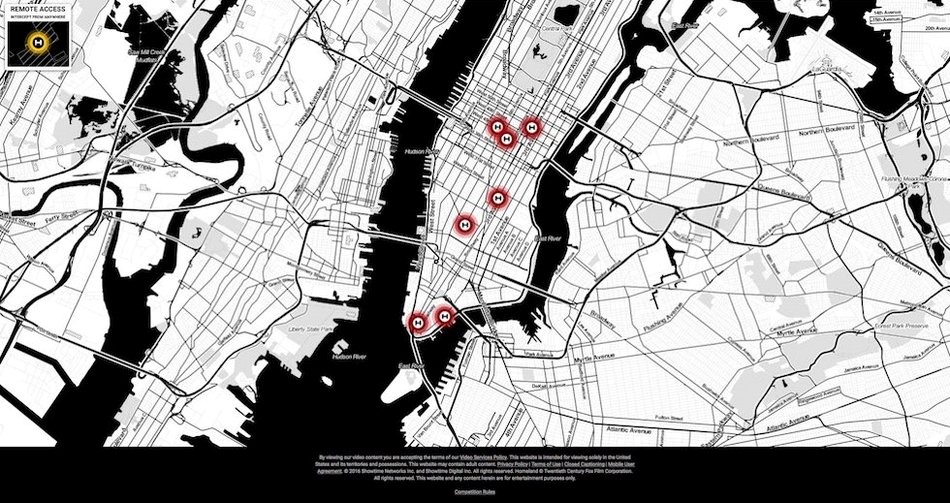 Accessible on both mobile and desktop devices, the dedicated microsite homelandmission.nyc provides an overview of the seven physical hotspots within the borough of Manhattan, including for example Times Square, Bryant Park or Wall Street. An additional hot spot can be accessed from any remote location using the ‘Yellow Remote Access’ shown in the top left of the map. 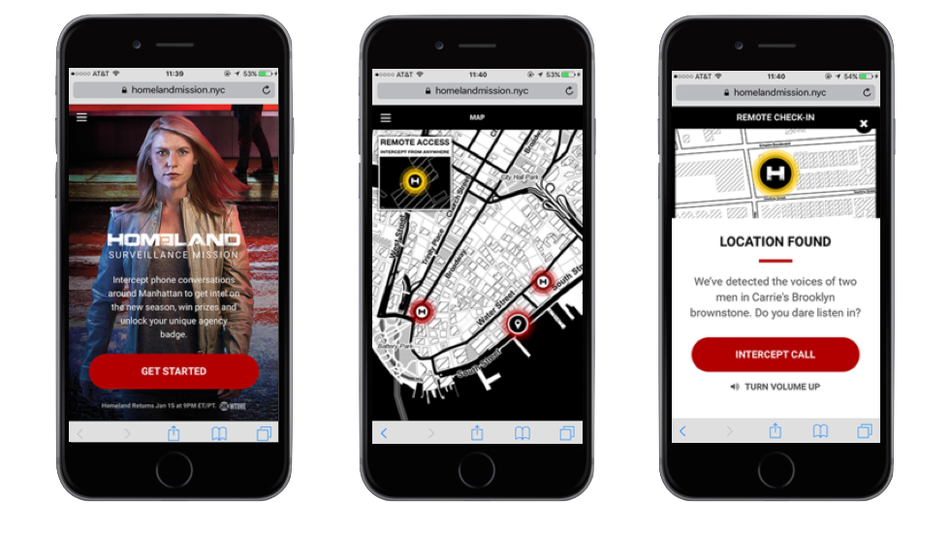 Once users have navigated to the intended physical location, they receive a notification and can tap the screen to launch the ‘Location Found’ screen. Users then have the opportunity to intercept an audio clip for that specific physical location. The audio clips are conversations and phone calls revealing intel on the new episodes of “Homeland”. 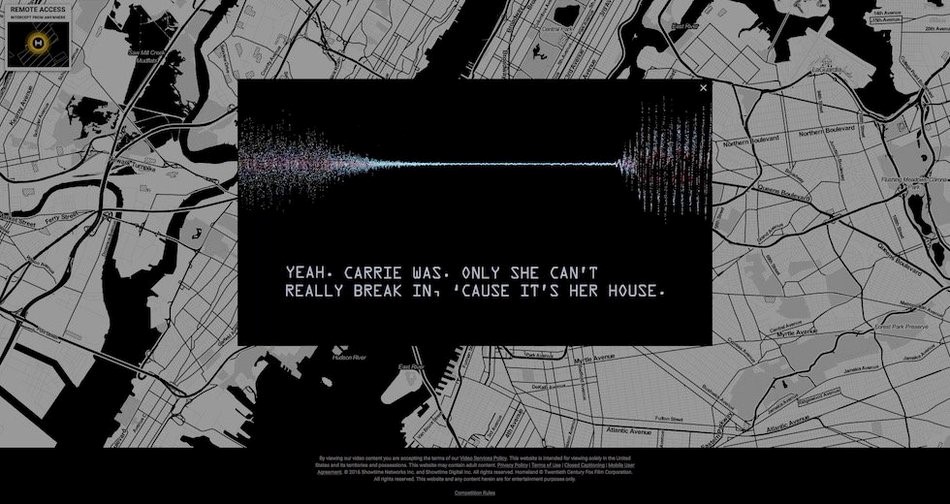 After an audio clip has played, participants can enter their email address for an entry into the sweepstakes. Moreover they receive a badge with their unique agent number that can be shared on social media. On January 10, 2017, a random drawing takes place to determine 12 winners who will receive cash prizes and a “Homeland” prize pack. The whole interactive experience was developed in partnership with Landmrk, a digital platform that allows to place digital content in real-time into physical locations. 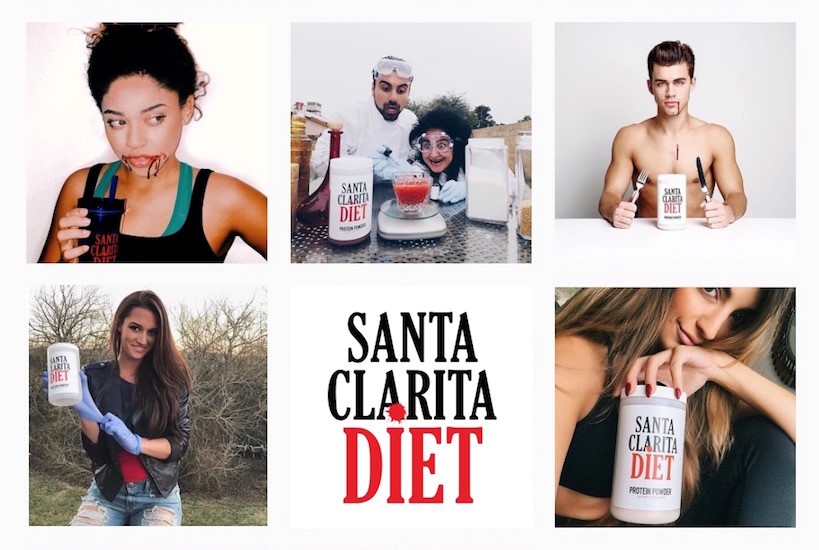 Instagram is one of the most influential social media platforms, where some successful users have made a living out of cooperating with brands and presenting sponsored products. Netflix has now joined forces with some of those social influencers to promote its new comedy “Santa Clarita Diet” that premieres on February 3, 2017. Selected influencers promoted the so called ‘Santa Clarita Diet’, which refers to the unusual eating habits of the series’ protagonist as she has to live off raw meat to survive. 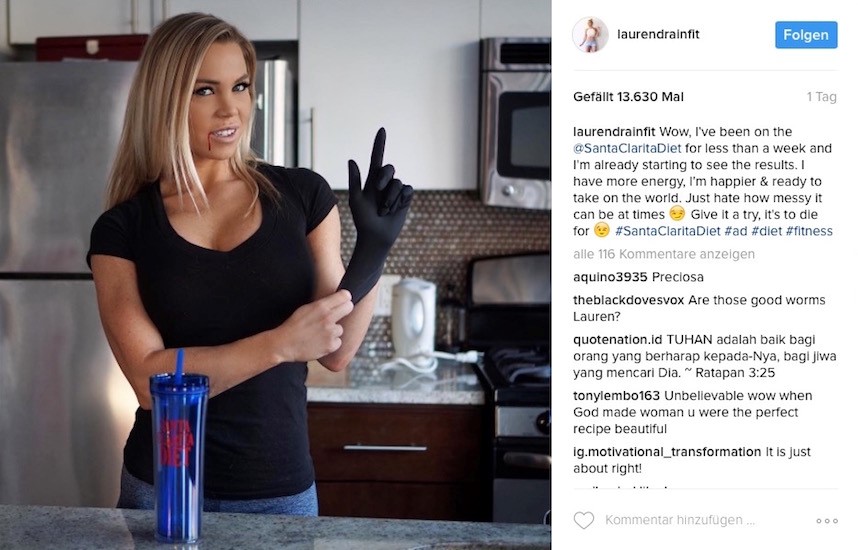 All of the male and female influencers were lifestyle, fashion, fitness and beauty bloggers, with some of them having up to 3.2m followers and also operating YouTube channels. They all posted one or several pictures that showed them posing with cups and protein powder containers that had the “Santa Clarita Diet” logo imprinted. 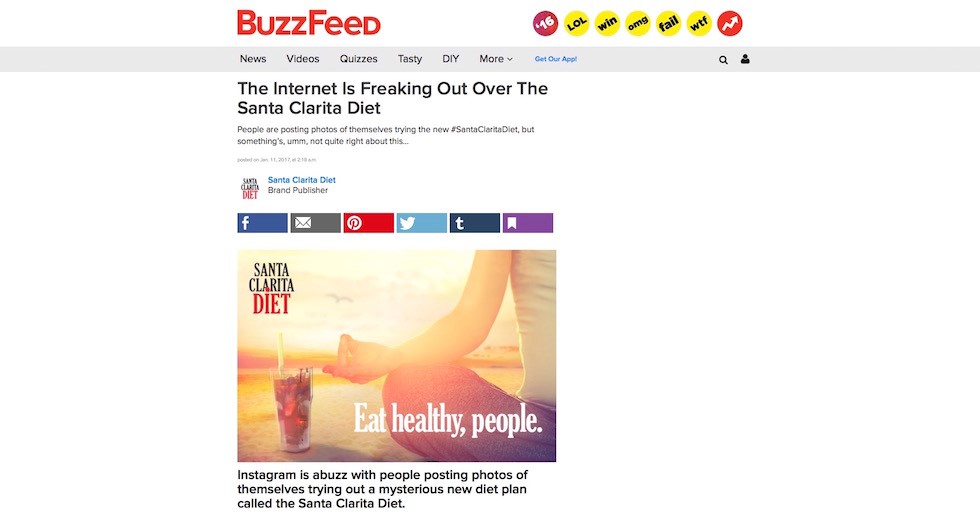 The posts were shared beginning of January 2017 and many of the captions were motivational phrases that claimed for example that the diet is the perfect way to get in shape for the new year. The official “Santa Clarita Diet” Instagram account reposted all of the influencer’s images. Moreover, Netflix cooperated with BuzzFeed to release an article that featured some of the Instagram posts about the ‘mysterious’ diet. Previously, Netflix has already set up a faux website with details about the unusual diet. 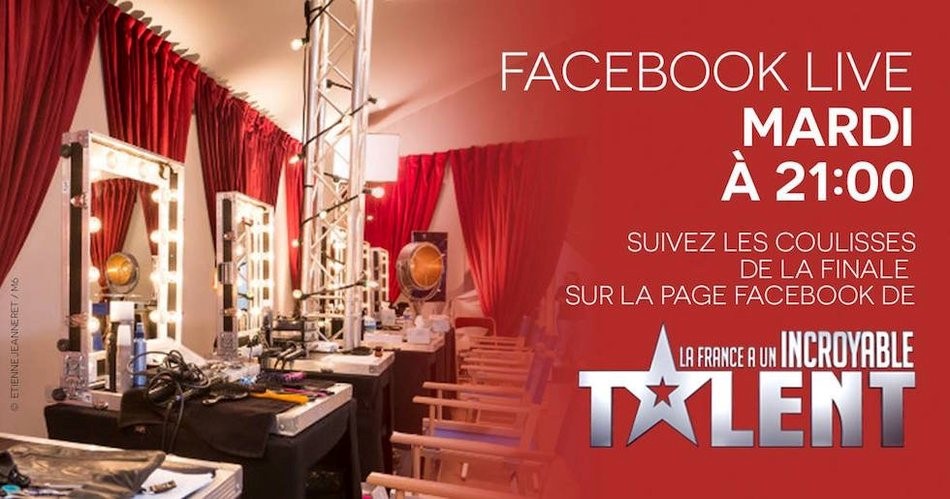 During the live broadcast of the season finale of La France a un incroyable talent on December 13, 2016, French broadcaster M6 simultaneously hosted a live backstage show of the event on Facebook Live. The Facebook Live exclusive was hosted by the famous candidate Steevy Djobijoba. “La France a un incroyable talent” is the local adaptation of talent competition Got Talent and celebrated the finale of its 11th season. 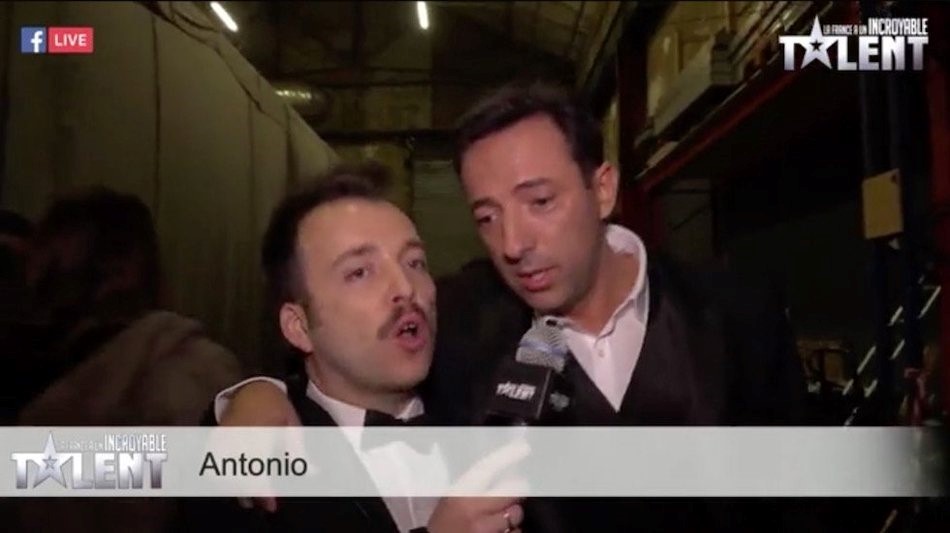 The backstage show presented viewers with exclusive live interviews of the “La France a un incroyable talent” candidates and jury members, their reactions backstage and other special backstage moments of the event. The backstage show ran live for over two hours and is still available in full length on the show’s official Facebook page.