Who's pushing the boat out in terms of innovative TV activations? Find out in our latest round-up.
By Matthias Puschmann on August 19, 2016 0 Comments 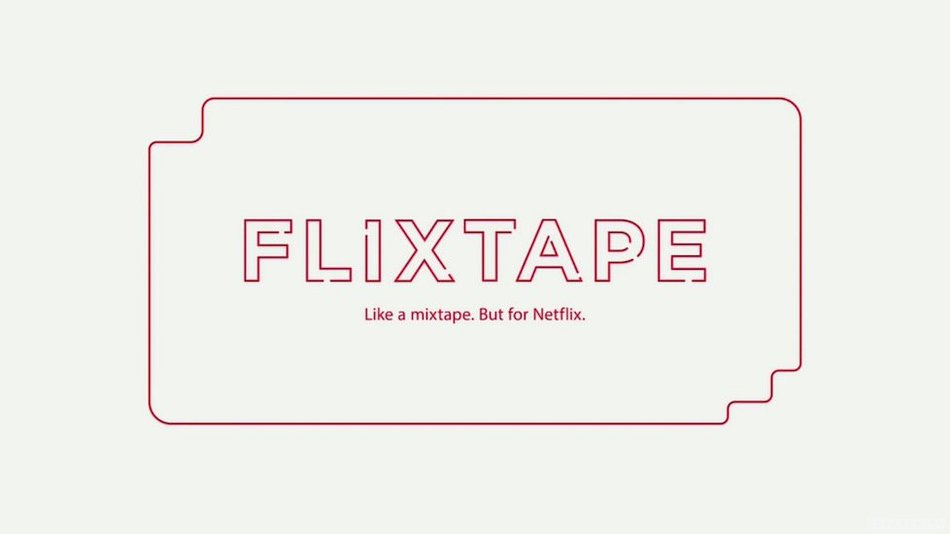 In mid-July 2016, streaming service Netflix launched the ‘Flixtape’ generator, which allows users to create custom sharable playlists filled with Netflix content. The initiative is a nostalgic homage to mixtapes. To create a ‘Flixtape’, users need to visit a dedicated microsite and first choose a name for the digital tape. The name should relate to the type of content that can be chosen in the next steps. The generator then suggests three Netflix titles to include in the ‘Flixtape’ based on the name chosen. However, users can customize its content and remove and add titles that Netflix offers. A total of six titles can be added to the playlist. 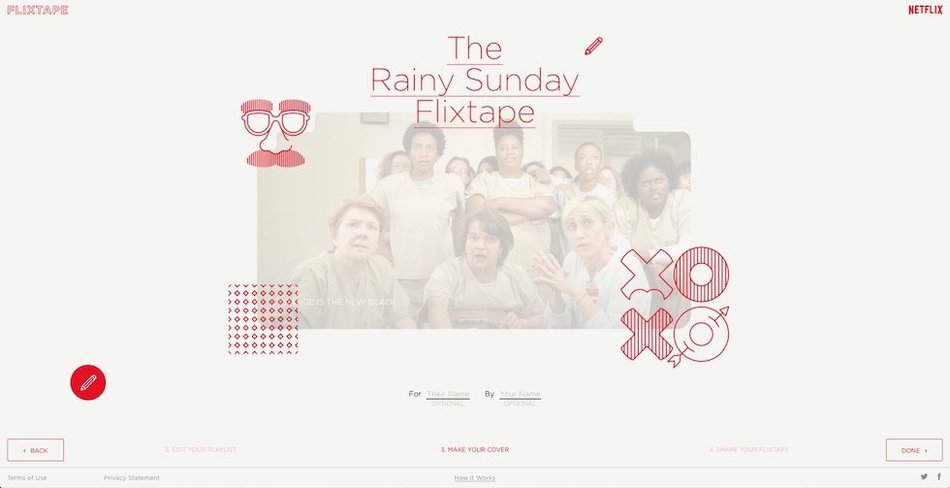 Once the content has ben chosen, the ‘Flixtape’s’ layout can be personalized by dragging an editing pen across the layout and selecting doodles which fit the topic the most. Users can also dedicate the playlist to a friend and fill in the ‘for’ and ‘by’ fields. The generated ‘Flixtape’ can then be shared across Twitter and Facebook. Alternatively, users can copy the link and share it via private message. Moreover, the microsite features a ‘Made for You’ section which highlights some ‘Flixtapes’ composed by Netflix. 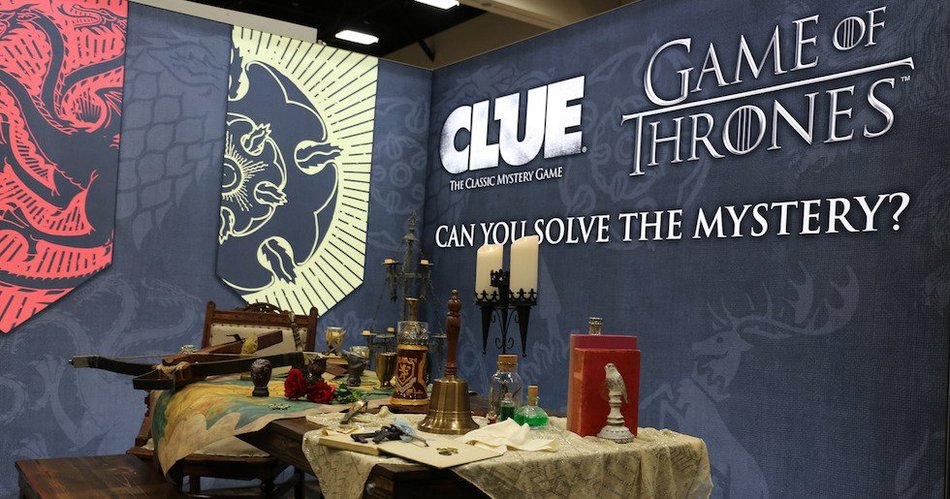 At San Diego Comic-Con 2016, fans of “Game of Thrones” again had the opportunity to enter and become a part of the ‘Hall of Faces’, an interactive experience the cabler first offered at SXSW 2016 in April. In addition to that activation, HBO announced a ‘Game of Thrones Scavenger Hunt’. From July 20 through 23, fans visiting the convention were sent on a hunt for the newest “Game of Thrones” memorabilia and merchandise that HBO debuted at Comic-Con. Through taking and sharing photos of themselves and all the merchandise products they needed to find, attendees entered for the chance to win a “Game of Thrones” prize pack.

The scavenger hunt consisted of six challenges, for which the fans had to visit different booths at the San Diego Comic-Con floor. In each challenge, they had to search for a specific “Game of Thrones” item and post a photo of themselves with that item on Twitter using the hashtag #GoTScavengerHunt. Challenges included sharing a photo of themselves wearing Robert Baratheon’s crown, standing next to or in front of the metallic silver Night King Bust, and wearing The Night King Mask. After attendees completed all challenges and postet the photos on Twitter using the hashtag, they had to go to Booth #1017 as a final challenge and provide their name, contact info and Twitter handle. A total of 15 randomly chosen winners received “Game of Thrones” prize packs worth about $200. 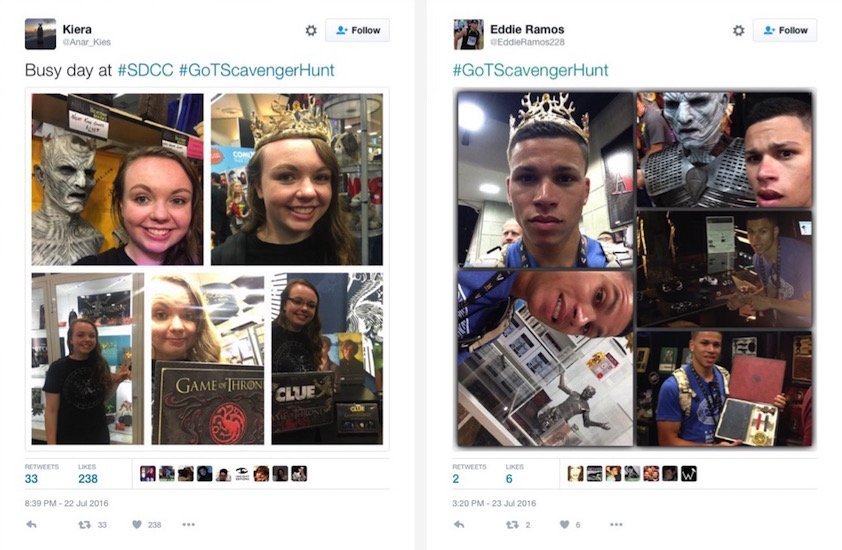 The challenges were announced and listed on the official ‘Making Game of Thrones’ blog and an image that was distributed via various media and fan websites, including ew.com and uproxx.com, some days prior to Comic-Con. 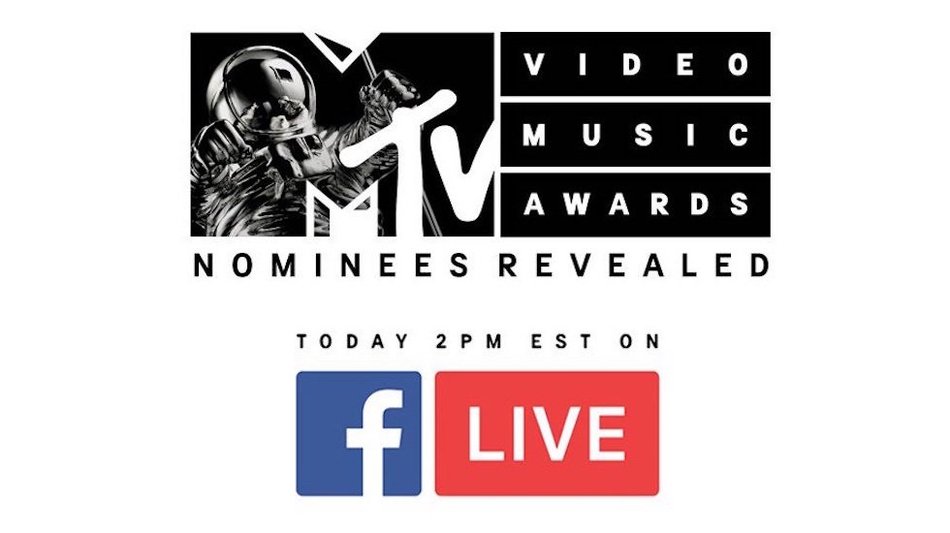 The 2016 “MTV Video Music Awards” (VMAs) will air live on Sunday, August 28th from Madison Square Garden in New York City. Ahead of the event, on July 26, MTV announced the nominees in the major categories including ‘Video of the Year’ using Facebook Live. In previous years, MTV already used platforms such as Snapchat, Instagram or Vine to announce the nominees, which, like Facebook Live, were also rather new and emerging at that time. 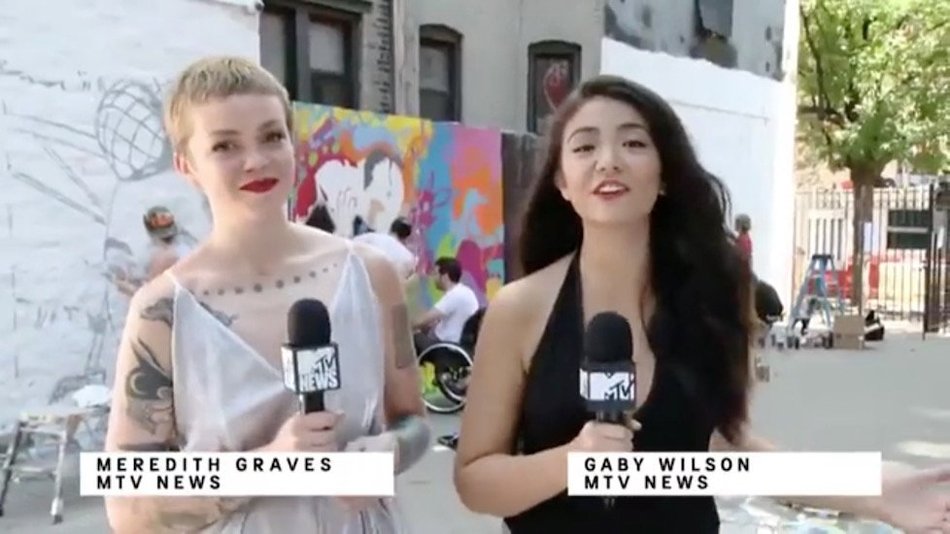 To present the headlining category ‘Video of the Year’, MTV enlisted the help of six New York City street artists to turn a wall into a mural depicting five of the year’s best videos. The nominees in other categories such as ‘Best Male Video’ or ‘Best Female Video’ were simply written on the wall. The video, which is still available on MTV’s Facebook page, kicks off with MTV News hosts Meredith Graves and Gaby Wilson introducing the artists. The artists’ progress of painting the murals is also documented. The actual live stream kicks off around 15 minutes into the video when the artworks are all finished. Both of the hosts then present each of the murals and the corresponding videos/artists. They also interview the artists behind the artworks. Among the nominees in the ‘Video of the Year’ category are Drake with ‘Hotline Bling’, Justin Bieber with ‘Sorry’ and Adele with ‘Hello’. Other categories are presented with the help of text-based graffiti. 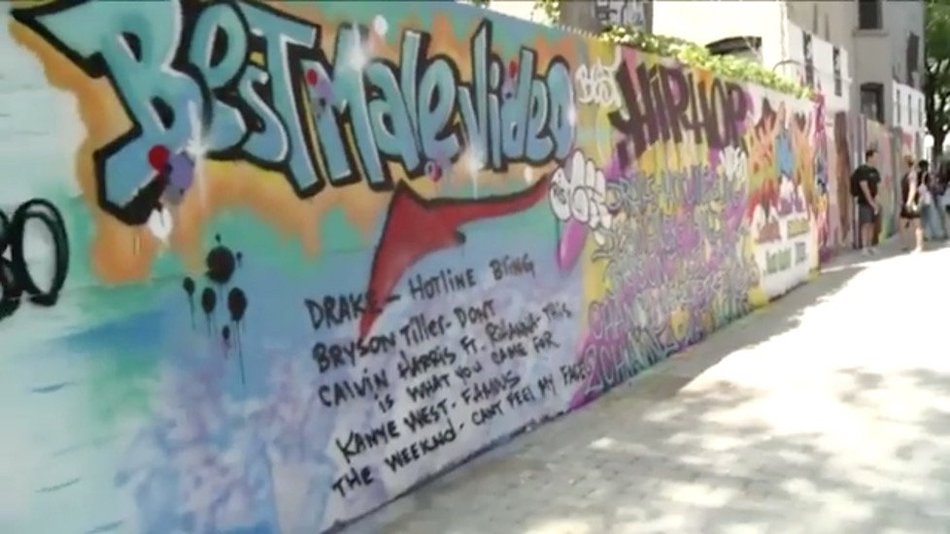 At the end of the live stream both of the hosts encourage viewers to head to VMA.MTV.com and vote for the nominees for the chance to win a trip for two to New York City and attend the “MTV Video Music Awards” in 2016.