On February 1, 2016, photo-sharing platform Instagram tapped into the world of original content production and distribution by launching scripted series titled Shield 5. Produced by Hullabaloo Productions and Lorton Entertainment, the 28-part thriller series follows London-based security driver John Swift, who is arrested for being involved in a diamond heist and death of his colleague. 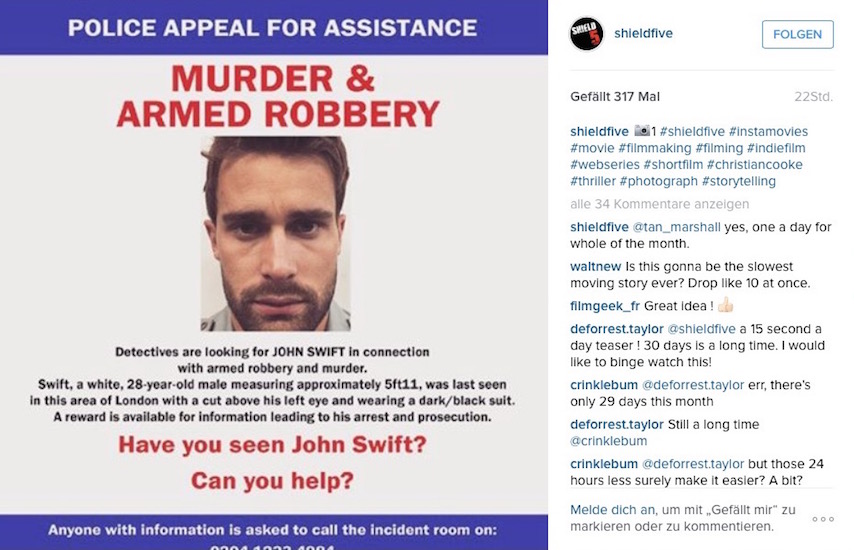 To clear his name and prove his innocence, he is then forced to go on the run. Each day throughout the month of February, a new 15-second episode becomes available on the official Shield 5 Instagram account at 5pm GMT. To add more context and to help tell the story, the account also publishes images in-between the episodes. Ahead of the episode one release on February 1, the Instagram account already posted images to explain further details. 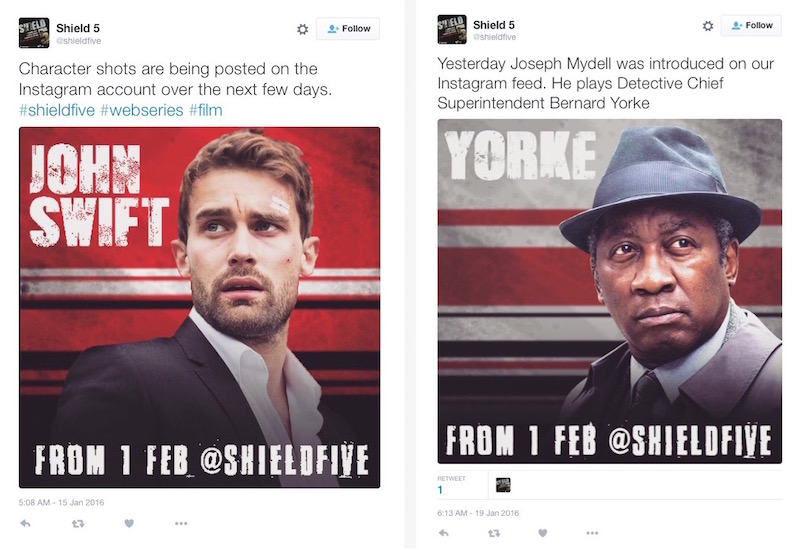 Users are encouraged to use the show’s official hashtag #shieldfive and to watch out for cast and crew members interacting in the comments section. Additionally, the twitter acount published character biographies prior to the premiere. However, all previously posted content was removed on February 1. The series is also represented on Twitter, Facebook and on its own dedicated website shield5.com 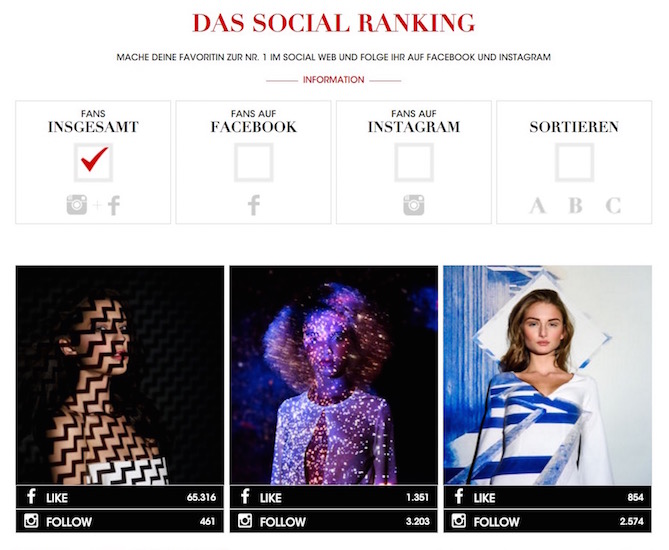 To help boost viewers’ social media engagement with season eleven of Germany’s Next Topmodel, which premiered on February 4, 2016, German channel ProSieben introduced a Social Ranking. Available on the show’s official website, the feature by Hamburg-based agency Appbase ranks the show’s contestants by their popularity on Facebook and Instagram. The social ranking allows users to directly like or follow them on the corresponding platforms. Visitors can also filter the contestants alphabetically or by the amount of fans on either Facebook or Instagram and on both platforms combined. 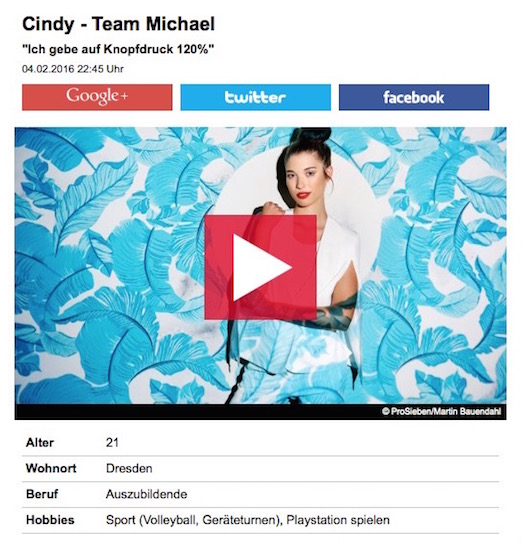 Each contestant is portrayed with a picture along with the amount of Facebook fans and Instagram followers. Here, users have the option to directly like or follow the individual girls by simply clicking on the corresponding buttons. Furthermore, fans have the opportunity to be linked to a site with biographical information and additional videos and images of the girls. 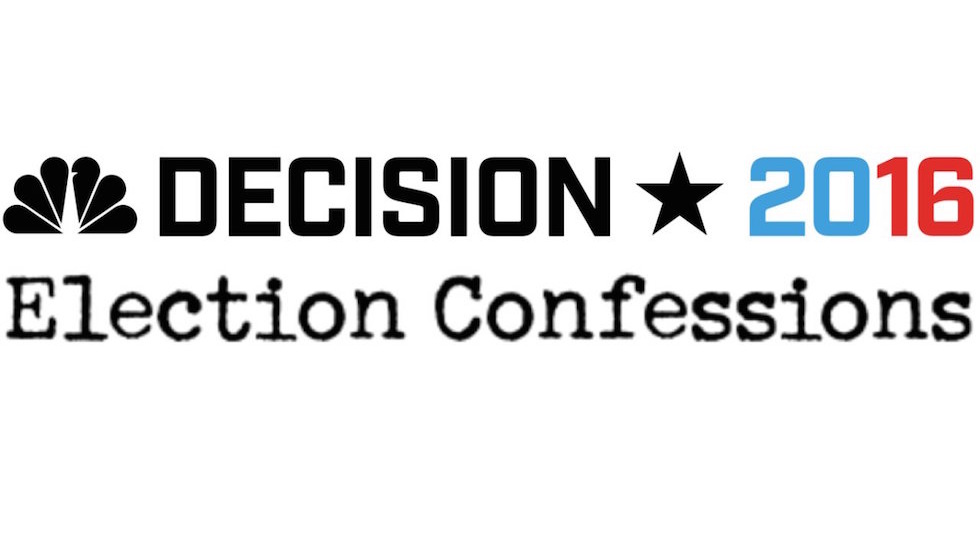 To accompany the 2016 US Presidential Race, NBC News launched Election Confessions on February 22, an experiment that encourages US citizens to anonymously tell what they really think about the candidates, the election and the state of the country. For this social experiment, NBC launched a dedicated blog on Tumblr, where confession blogs are very popular and invite users to share their secrets and inner thoughts on all kinds of topics. NBC plans to use the submitted election confessions on its various other digital and broadcast platforms as well. There are three ways for the users to share their election confessions with NBC News: they can call the number provided on the blog and leave a voicemail, send a text message to that number or write their confession down and send a picture of it via SMS. 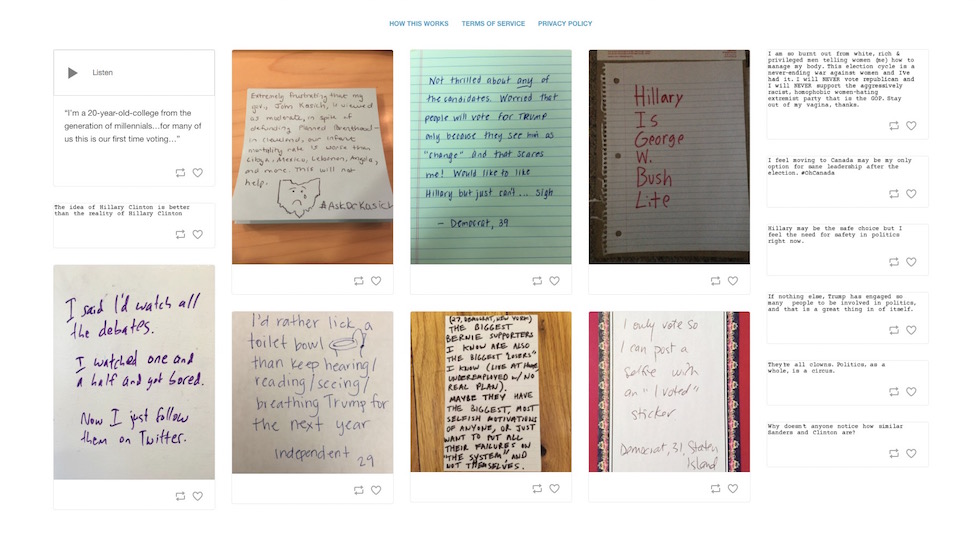 The confessions are anonymous and NBC News does not reveal any information except the age, location and party affiliation of the users if they choose to provide it. All submissions – whether they were written down and photographed by the users or typed by the NBC News editors after having received voicemails and SMS – are published on the ‘Election Confessions’ Tumblr blog and also might be used on NBC News’ other digital platforms as well as on TV.