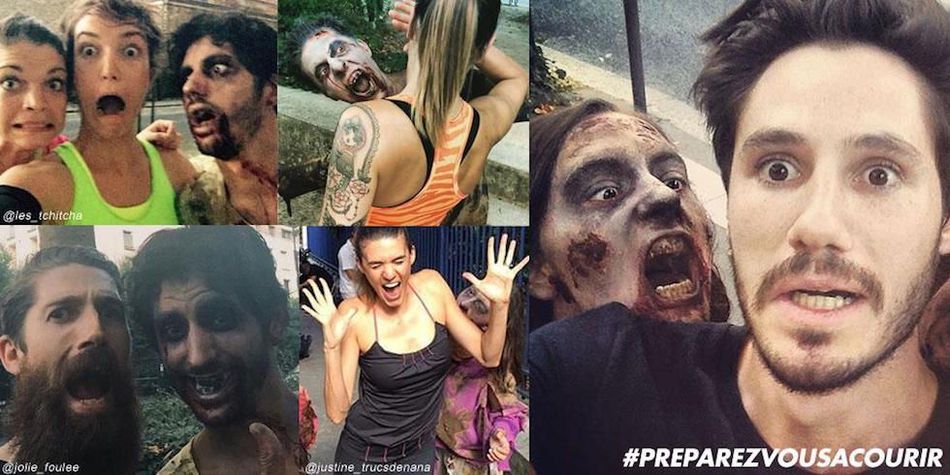 TV grows ever more interactive: find out how in these 3 social TV case studies!
By Niklas Jacobi on September 14, 2015 1 Comment

In anticipation of the premiere of the The Walking Dead prequel and companion series Fear the Walking Dead on August 23, 2015, French pay-TV channel CANAL+, in partnership with fitness app Runtastic, launched the promotional campaign #PreparezVousACourir (‘Prepare to run’). Claiming to give viewers a “good reason to run”, the campaign kicked off with an outdoor stunt in Paris and encourages users to engage in their own anti-zombie workout through the powersong The Song Of Fear (a powersong is a tune that gives you a boost whilst running). 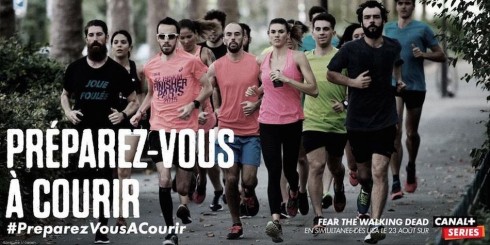 On August 6, the campaign started off with a promotional stunt for which a group of unsuspecting runners  got attacked by a zombie herd in the middle of Paris. The runners having been attacked shared their experience on social media using the hashtag #PreparezVousACourir. 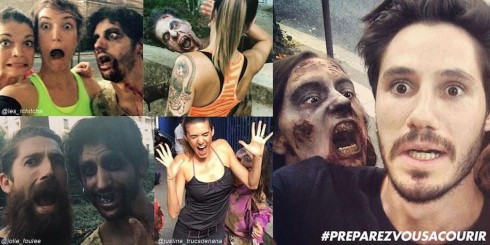 On the dedicated campaign website, users can get prepared to run themselves by downloading the free powersong The Song Of Fear for a zombie-themed running training. 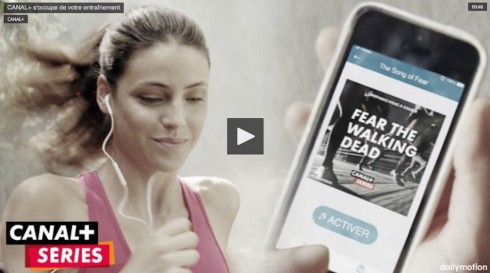 The song, which includes zombie noises and a variety of running instructions such as “Run faster!” and “Don’t look back!”, is also featured in an ad for the upcoming series that can be found on the website as well. 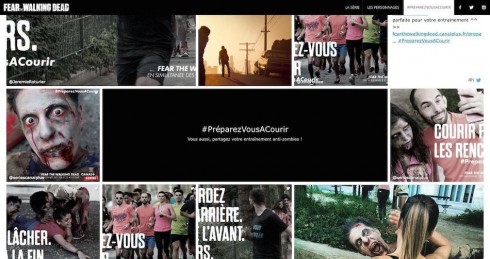 For the third season of Promi Big Brother (Celebrity Big Brother), which kicked off on August 14, 2015, German channel Sat.1 introduced the ‘Houseguest Fan Factor’. On the show’s official website, viewers can now see which houseguests have the highest ‘Fan Factor’, i.e. are most talked about on social media, and are encouraged to show support for their favorite houseguest by creating buzz via Facebook or Twitter. The interactive tool was developed by Appbase Hamburg. 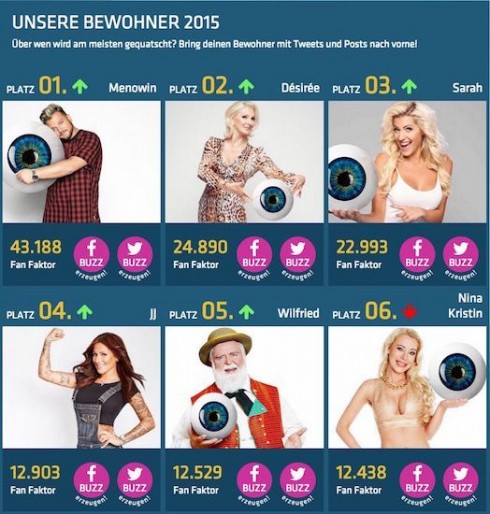 By clicking on the Facebook or Twitter buttons below a houseguest’s photo, fans are provided with a variety of statistics of how its ‘Fan Factor’ is calculated. The page also features Facebook and Twitter posts about the houseguest from the official Promi Big Brother accounts.

Fans have several options to increase a houseguest’s ‘Fan Factor’. On Facebook, fans can show their support by liking, sharing or commenting on a post about the celebrity from the official Promi Big Brother account. Next to an overview of how many comments, likes and shares the houseguest has so far received in total, the tool allows users to browse through Facebook posts about the celebrity, which can also be directly liked, shared and commented on. 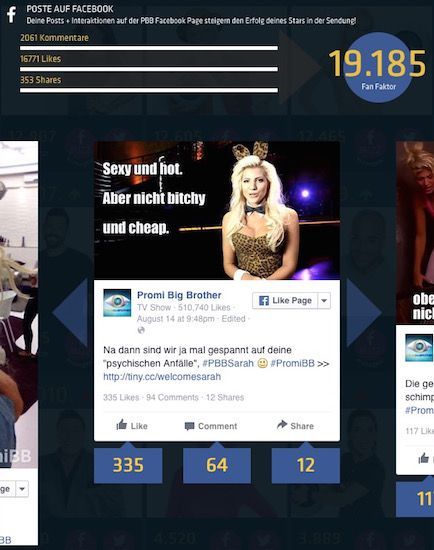 On Twitter, fans can increase a celebrity’s fan factor by favoriting or retweeting Tweets of the official @PromiBB Twitter account. Again, the tool provides fans with an overview of tweets about the houseguest as well as the total number of favorites and retweets they received. Just like the Facebook posts, the tweets can be directly favorited and retweeted from within the tool.

In addition, fans can create buzz for their favorite houseguest by posting their own tweets with the houseguest’s dedicated hashtag (#PBB[name of the star], e.g. #PBBMenowin, #PBBSarah). The tool also displays how many tweets have been posted by users in total and how many times they have been favourited and retweeted. By clicking on the big ‘Tweet Now’ button, users can directly compose their own tweet to support the houseguest.

To celebrate the best moments of The Real Housewives‘ latest seasons, Bravo announced the second annual ‘The Real Housewives Awards’. Starting August 10, 2015, Fans vote on 13 different awards categories online, with the winners being announced during a special episode of “Watch What Happens Live” on September 14. In anticipation of the awards show, Bravo also teamed up with video messaging application Dubsmash to provide fans with exclusive The Real Housewives audio clips, allowing them to create their own housewife dubsmash videos and share them with friends and other fans. 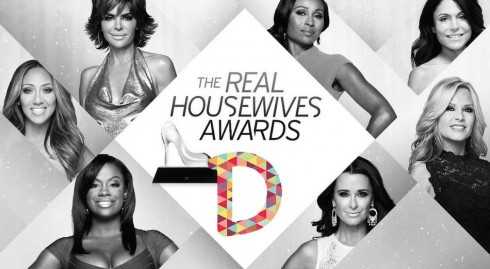 Available on the app’s main page, the The Real Housewives soundboard provides fans with 30 different audio clips featuring well-known quotes from different seasons and franchises of the show. Fans are encouraged to use the Dubsmash app to record short videos of themselves with the provided audio clips … 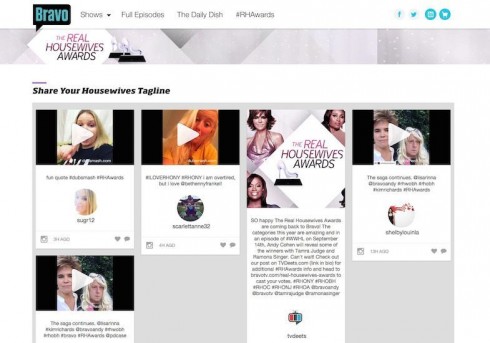