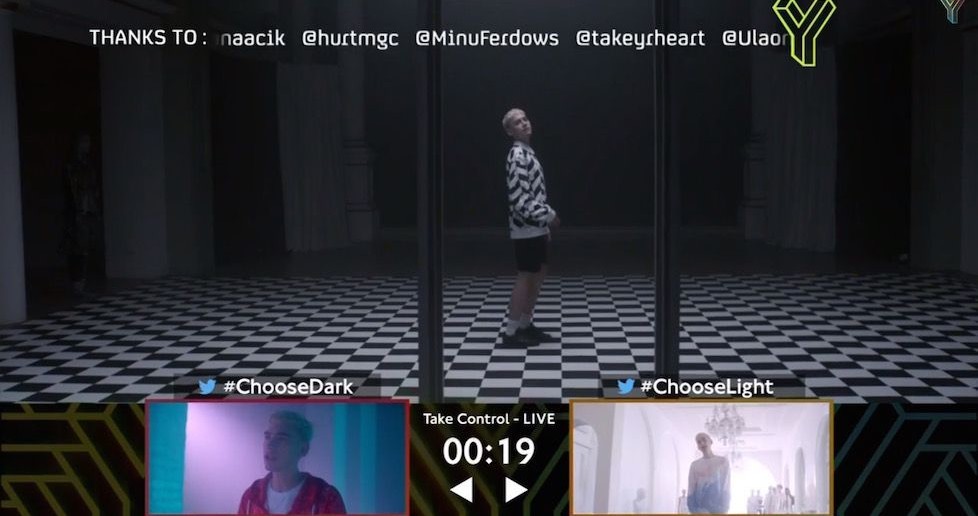 Months pass and TV gets more and more interactive: here are 3 social TV campaigns you should know about!
By Niklas Jacobi on August 31, 2015 0 Comments

To give fans of drama series Sense8 the opportunity to immerse themselves in the musical world of the series, Netflix partnered with Spotify and launched the interactive map “Degrees of Music Separation” on July 16, 2015. Available at Sense8onSpotify.com, the music map allows users to explore their personal musical connections and get to know all eight main characters of the show. Users can access their personal music map by entering their location and connecting with their Spotify account. Based on their saved Spotify tracks, albums, and private playlists, users are provided with a global visualisation of their favorite artists from all seven continents, allowing them to explore the connections to their own location. Artists are indicated through icons outlined in green and are connected to a user’s location through green lines. Clicking on an artists’ icon starts a curated music track. 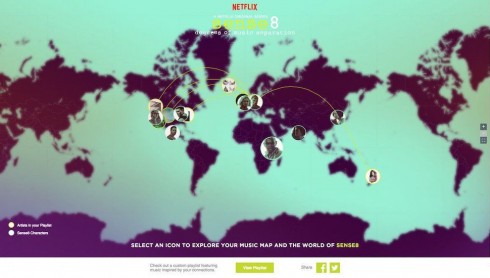 Furthermore, a personalised playlist inspired by a user’s worldwide musical connections is available at the bottom of the page and can also be accessed on Spotify. Each custom playlist features 20 different songs and can be shared with friends and followers using either Twitter or Facebook. 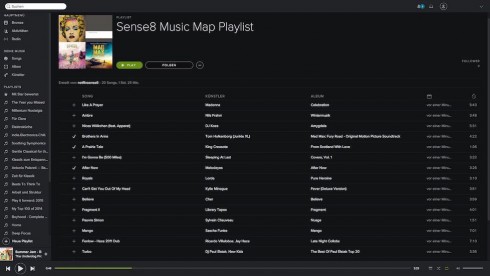 The interactive world map also features an overview of the show’s protagonists. Icons outlined in blue indicate Sense8 characters. Clicking on a character icon allows users to read a description and watch a short trailer for the corresponding character. The eight different character trailers were originally published in late May 2015 as part of the promotion campaign leading up to the to the premiere of Sense8. 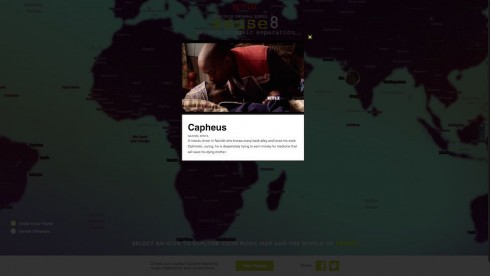 Alternatively, users can skip signing in with their Spotify account. They are then provided with alternative version of the map that only allows to explore the main characters of the show and does not display any musical connections. However, the alternative map instead provides access to the “Official Netflix Sense8 Playlist” on Spotify, which features more than 40 curated songs inspired by the main characters of the series.

On July 10, 2015, Channel 4 teamed up with British electro-pop band Years & Years to let viewers take control of an entire ad break through a live Twitter battle starting at 9.45pm. Coinciding with the launch of the band’s debut album Communion, viewers were able to vote upon which of three performances of the band’s new single “Shine” they would like to see on screen by using corresponding hashtags on Twitter throughout the ad break. The ad was produced by creative agency The Outfit, with Spredfast capturing the real-time data. 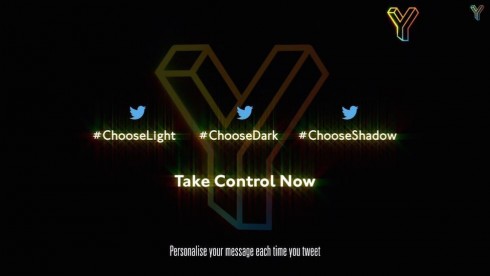 During the ad break, viewers were encouraged to use the hashtags #ChooseDark, #ChooseLight or #ChooseShadow, which related to the style and type of lightning in each separate music video. The viewers’ tweets were counted live during the ad break and tallied every 30 seconds.

While the performance most viewers wanted to see played in full screen, the two alternative music video choices, along with their corresponding hashtags, were displayed as insets below. Based on the viewers votes, the broadcast switched seamlessly between the three versions every 30 seconds. In addition, a selection of the fans’ Twitter handles was displayed on-air. 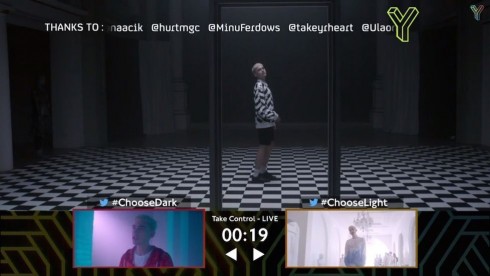 For fans outside of the UK, the performance was simulcast on the band’s official Twitter and Facebook pages as well as on the Years & Years website – where the experience is now available as an interactive online video.

To promote the Snapchat presence of CryptTV, a digital network specialising in “dark and edgy content” across all social media platforms, CryptTV’s co-founder Eli Roth joined forces with production agency Culprit Creative to release a four-minute-long Snapchat murder mystery titled “And then there were none” on the evening of July 19, 2015. The story of the murder mystery follows a group of young social media celebrities who get trapped in a mansion on a party night. To find out who the killer is, viewers could watch the killing spree unfold by following @CryptTV on Snapchat. Distributed as a Snapchat Story, the murder mystery consisted of both videos and images and was available for 24 hours before it disappeared. 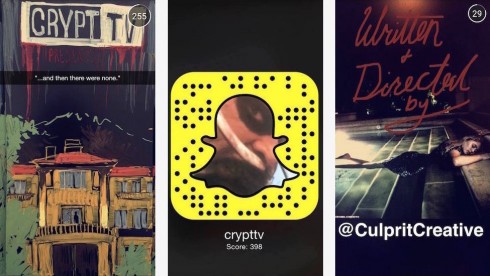 What starts as a harmless party at a mysterious mansion soon turns into a horror movie scenario with one party-goer being killed after the other. The story was shot with an iPhone in chronological order and unfolded in real-time with new video snippets going live one by one as the shooting continued. 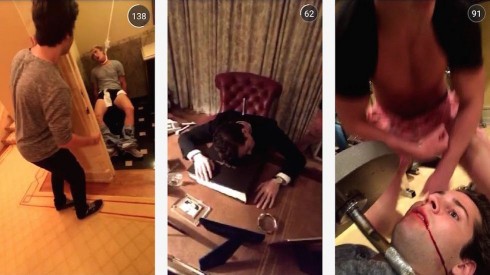 Most of the dialogue was improvised. With their massive social media following across Vine, Facebook, YouTube, Twitter, and Instagram, the young celebrities served as influencers to drive both social interaction and fan engagement. Cast members included Lia Maria Johnson, Jack Baran, Alex Burriss and Acacia Brinley. CryptTV challenged viewers to pay close attention to the story and then share their suspect on either Snapchat or Twitter. 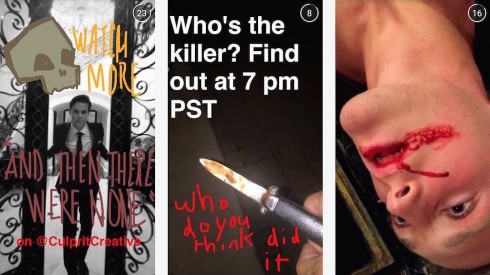 The killer’s identity was revealed 24 hours after the start of the event on both Twitter and Snapchat. According to a quote from Eli Roth on Buzzfeed News, the Snapchat murder mystery has been viewed over 570,000 times, with CryptTV having gained thousands of new Snapchat followers throughout the day.