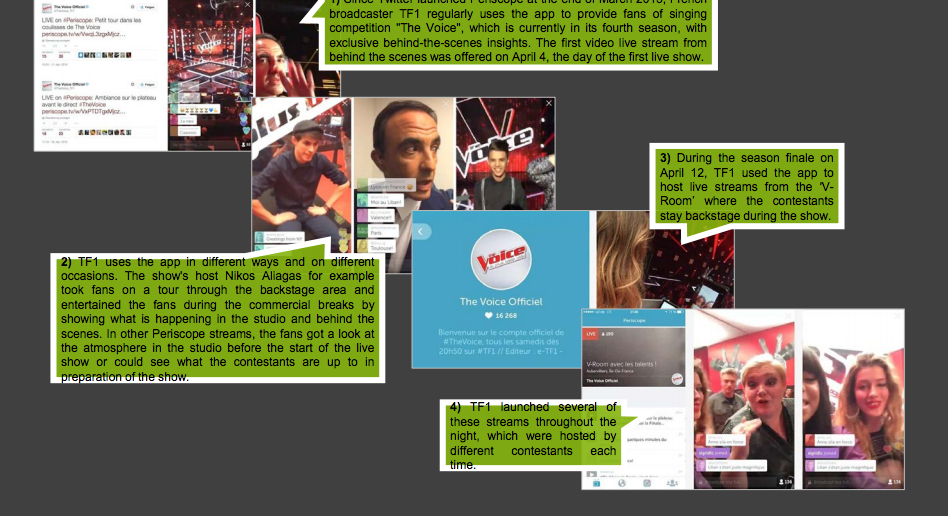 With mobile streaming apps Meerkat and Periscope on the rise, services to create and consume live video have never before been more accessible and easy to use. It is very likely that more players will be joining the battle and that streaming apps are about to change the way live events are viewed in our mobile-based world. As a result, television broadcasters are already experimenting with new ways to use both apps to connect with their online audiences as well as to distribute original video content in real-time.

Launched in early March 2015 for iOS devices, Meerkat was built on Twitter’s social graph and went somewhat viral during the SXSW Interactive festival. Unfortunately for the company, things changed when the service lost some of its access to the official Twitter API – a result of Twitter’s purchase of Periscope, for a reported $100M. Finally, Twitter’s Periscope app was released just a few days after Meerkat’s success at SXSW Interactive. Full access to Twitter’s social graph and a tight integration within Twitter itself resulted in more than one million Periscope sign-ins in the first 10 days after its launch.

As these two apps take the leading role in driving the conversation around live streaming from mobiles devices, how are broadcasters making use of both of them to bring their TV formats closer to fans?

From Fox’s American Idol to NBC’s The Voice and from Starz’s Outlander to USA’s Mr. Robot, here’s a selection of inspiring social extensions and campaigns!

This white paper was co-written by Nicole Greiner and Niklas Jacobi.