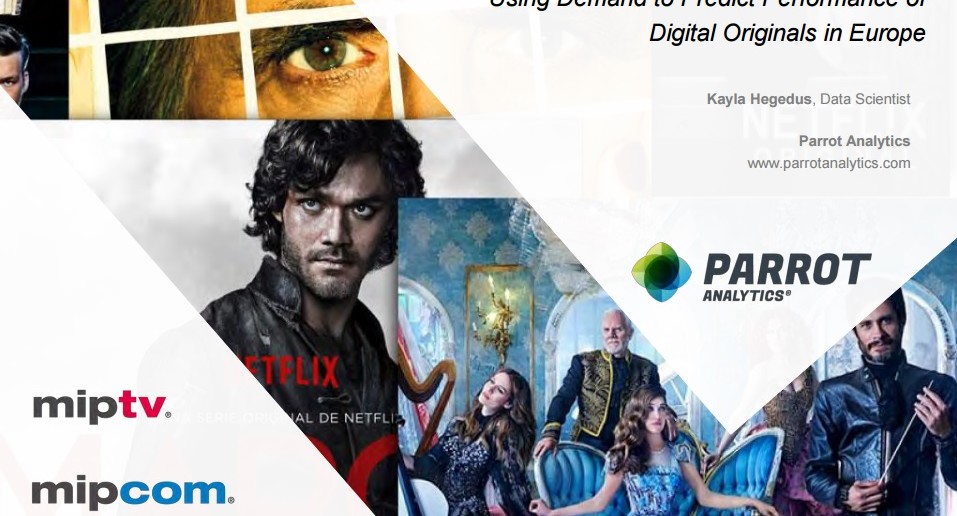 As pressure on content decisions is higher than ever, how can we analyse demand in specific territories? Find out with Parrot Analytics!
By James Martin on May 21, 2015 0 Comments

Television is changing at a fast pace: as the internet and mobile devices fundamentally alter how people consume and engage with content, it becomes increasingly difficult to measure consumption, data viewership and content trends. But these new, virtually endless data should be seen as tools to make better content decisions, not as useless figures!

With digital originals, linear ratings are often unavailable and the question of whether to launch in a new country comes down to, in most cases, educated guesses. However, as long as demand is content- and region-specific, data-based analysis can be done for individual markets. “Demand” is defined here as the aggregated interest (both viewing and engagement) across all of these platforms for a specific TV show.

Let’s say, for instance, that a large number of people in France are pirating
a new US show, discussing it on social media, and actively following any news related to its release: this demand can be used to predict that this show will perform well in France. Of course, demand is not equivalent to performance, but is rather a predictor of it!

Parrot Analytics conducted a study of the demand, from January to early March 2015, for
popular digital original titles in European countries.

Parrot Analytics captures TV content consumption and engagement from hundreds of millions of viewers across different platforms in real time, and predicts future country-specific performance for existing and pre-release content.