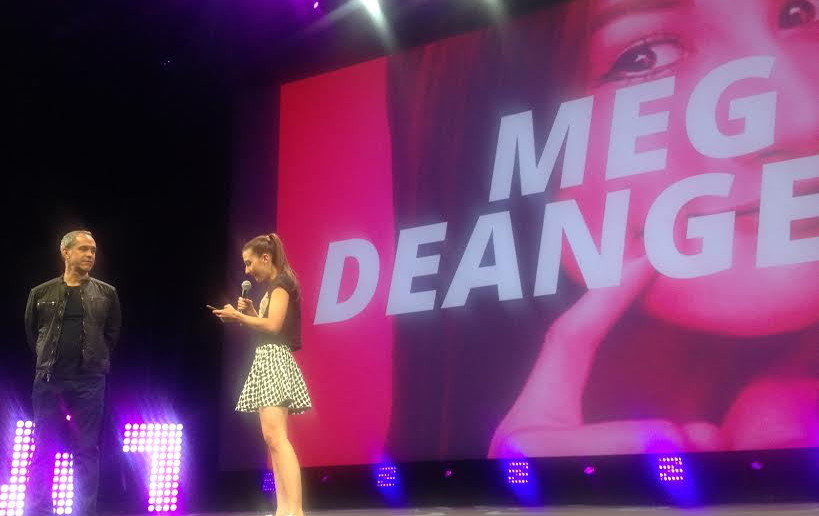 Hosted by CEO Amber J. Lawson of Comedy Gives Back, MIP’s digital screenings provide a chance to sample and check out the best of different content networks.

AwesomenessTV serves the global teen and millennial audience by creating original web series, TV shows and films across platforms, including the #1 social movie of 2014, Expelled. Its YouTube channel has over 570 million views. It was purchased by DreamWorks in 2013.

“In less than 3 years, we’ve become the No. 1 YouTube destination for teens,” said CEO Brian Robbins. “We engage wherever they are—Instagram, YouTube, Snapchat. We start by engaging audiences natively. We’re bringing teens their favourite stars at record speeds.”

The network has over 90,000 content creators with their own channels. “Those channels represent over 100,000,000 subscribers. That doesn’t make us the biggest MCN, but we own teens,” Robbins proclaimed.

He went on to call teens the rulers of the world, but isn’t particularly married to the much-fetishised Millennial generation. “Generation Z will be way more influential than Millennials. Pay attention to generation Z. It’ll ensure that your company and brand will be setting the trends, not reacting to them.”

One AwesomenessTV project you’ll perhaps recognise is Expelled, a feature-length comedy featuring Vine star Cameron Dallas. It yielded 15 billion social views and was dubbed the No. 1 social film of 2014.

Meg DeAngelis, better known as MayBabyTumbler, joined Robbins onstage (and took a selfie) after this primer on AwesomenessTV. She got her vlogger start at 14 with a video teaching users how to do cheerleading moves. Now she covers lifestyle and inspirational topics, and enjoys over two million subscribers.

One example of stuff she’s done is 50 Shades of Bae, below:

She is currently also starring in a web series called Royal Crush. If you’ve ever read Cyrano de Bergerac, it’s basically that: A girl falls in love with a guy on a cruise ship, but he falls for her cousin, so she spends much of the season feeding her cousin lines to impress him. Episode one is below.

This series is notably also sponsored by Royal Cruise Lines, illustrating how even branded content can enjoy a longevity you don’t necessarily expect.

Robbins turned to DeAngelis and provided what are apparently brand-new, surprise statistics: “You are growing faster than Beyoncé and Justin Bieber. On a par with One Direction and Jimmy Kimmel.”

“Are you serious? I’m like, freaking out right now,” said DeAngelis.

“She’s nineteen!” Brian proclaimed to us all.

Time was precious, and it was time for DeAngelis to exit stage left. Robbins thanked her for her participation.