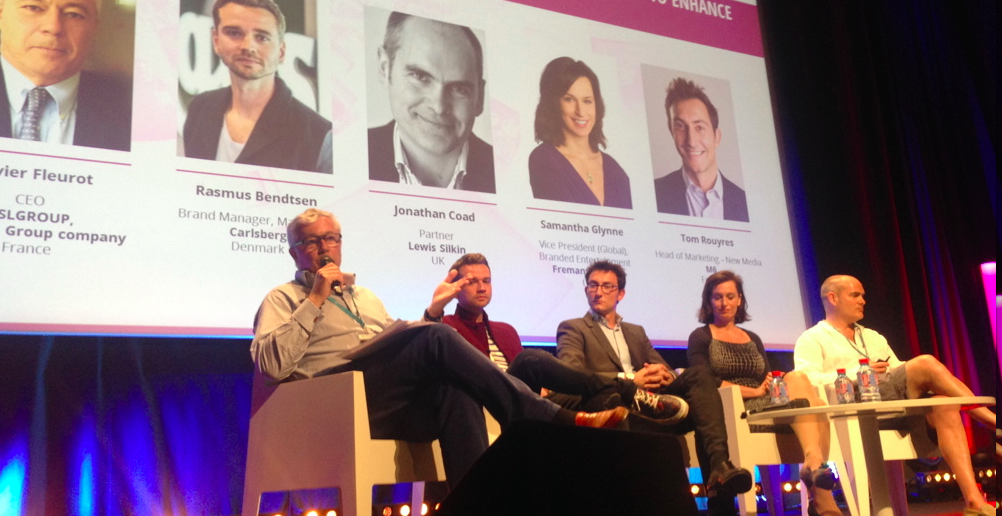 Liveblog: When Brands Use Entertainment to Enhance Audience Engagement

"Don't design an offer just because a brand wants to," advises M6 at MIPFormats.
By Angela Natividad on April 12, 2015 0 Comments

The conversation kicked off with rumination over YouTube’s latest kid-focused platform, which received criticism when people discovered it contained branded content.

“There’s a recognition amongst audiences that YouTube is a brand-funded model and a commercial branded model,” Glynne observed. In the case of the kid-focused app, she believes the problem lies in “how they marketed it”: It was assumed that the platform existed to protect kids; if people assumed that part of that was to protect them from brands, then there is no commercial model, she said, adding, “Branded content isn’t so bad when the quality is high.”

Bentsen, who works at Carlsberg, provided a useful illustration of this with Zulu BFF. “The objective was to build brand equity and to establish values,” rather than cultivating awareness, he said, and it required harmonic collaboration between TV2 and Carlsberg, as well as AFP and Nordic Film.

“It’s astonishing to me that the Daily Mail is just now starting to do branded content,” said Coad. “Now if they’re starting to, that means this is the future. They label them quite subtly.”

But he also noted, “The issue in the UK is going to be the Advertising Standards Authority. Because it wants to be involved in content—those are the people you need to keep happy.”

But generally speaking, regulations are complicated—they can differ between states, districts and countries. “It is a thicket,” said Coad. “The best thing is to get expert legal advice; otherwise you’ll trip and embarrass yourself because it’s a reputational problem.”

Asked by an audience member how best to integrate a brand into existing content, Glynne suggested old stand-bys like sponsorship and advertising. Old content, retrofitted for a new branded relationship, “will never be as effective as content with the brand at the heart of it during its creation,” she said.

Rouyres described how important it is to make programmes with users in mind. “At M6 we’ve tried to make programmes for brands. Usually this isn’t the best way and the results are not there,” he said. “Now we’re trying to listen to the ad market, but develop our programmes and offers in digital. We don’t design an offer just because the brand wants to.”

The project he presented was “What Do I Know?”, a show featuring a second-screen experience that lets you play along live as questions appear on TV. At the end of each round, you have breakdowns of who did best and show also rounds up how contestants did up against viewers playing at home.

“We had half a million people on the second screen on the first night of the show a year ago. People stayed 90 minutes; they played the whole duration of the game. Figures show the most engaged were younger: 80% of people were under 40,” said Rouyres.

The first season had no advertisers; the new episode will be launched with Orange, just in time for young viewers to take their Baccalaureate exams. The brand will help select players “hack” the programme, providing exclusive hints as the game progresses—a far more imaginative integration than a mere brand-skin.

Glynne pointed out that branded content must be supported and fleshed-out in the marketing. “If you think of something always as a 360° campaign, with a piece of content at the heart of it, you have the best way to engage your audiences,” she said.

To wrap this up, Coad provided a list of fracture points that people should address when engaging a brand:

1. Confusion over rights granted. “Brands are more interested in owning content, so it’s essentially you make ownership clear early on in your documents,” said Coad.

2. Confusion over controls and consents from licensor. “It’s essential you get your contracts clear on content; deals have fallen apart” because of this as a relationship advances, he added.

4. Reputation issues. Integrity and reputation of both brand and artist are paramount, so ensure your deal documentation includes indemnities and protections; research carefully before arranging the marriage of a brand to a programme or artist.

5. Exclusivity issues. Exclusivity seems obvious to the brand, but not so much to the rights holder. Preparedness to compromise is vital.

You should feel pretty well-equipped now. If not, Coad has one more piece of advice: “Get a lawyer,” he admonished (multiple times this session). You’ll need one!