We spoke to Fabrice Papillon of Scientifilms, and Alexandra Böhm of Autentic, this year's MIPDoc Pitch winners.
By James Martin on April 11, 2015 0 Comments

MIPBlog spoke to the winners of the MIPDoc Co-Production Pitch just after they won their 2015 prizes. Fabrice Papillon of Scientifilms won the main jury prize for Brain Power, a 2 x 52 minute programme about the powers and development of the brain, made in partnership with Arte; and Alexandra Böhm (Autentic) won the brand new people’s choice prize, elected onsite by the MIPDoc audience, for Children of Dictators.

Co-presented with Arte’s Alec Herrmann, Scientifilms’ prize-winning doc addresses questions like how does a baby gain consciousness? Where does the brain’s capacity come from? And have we reached our cognitary limits, or are we still progressing?

Children of Dictators is made in four 52 minute parts, as well as in a feature film format. It features the children of Idi Amin, Augusto Pinochet, Fidel Castro and Hermann Goering – no less –  and explores how they deal with their difficult heritage. 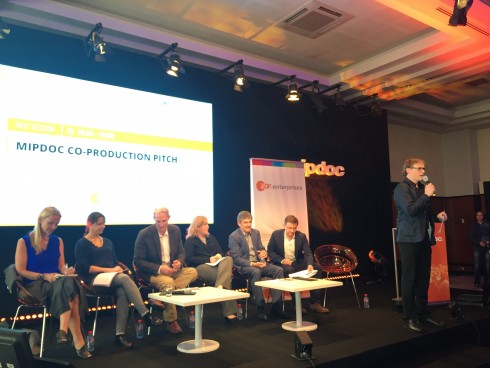