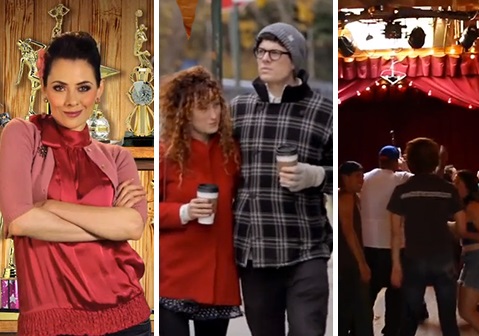 Jessica Klein: How to make a successful indie web series with little cash and no built-in fan base?

What do the words “indie web series” mean to you? You probably think small budget, few actors, and amateurs behind the scenes. With these assumptions, it might surprise you that some of the most unique, polished, talent-filled, and ultimately successful series on the web were created independently. Starting with little cash and virtually no built-in fan base, how did these indie series do it? 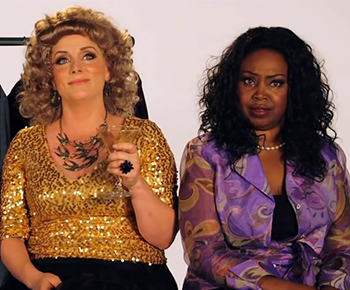 Take Pretty, an independent web series about children’s beauty pageants (see picture above) that’s put out four full seasons online. The show is hilarious, well put together, and even includes cast members who boast a modicum of film fame (Sam Pancake, one of the leads, had minor roles in Legally Blonde 2 and A Lot Like Love).

Four seasons, which comprise five to nine episodes each, marks a major accomplishment because it shows that Pretty overcame the number one obstacle for independent web series — money. The creators of Pretty definitely didn’t have the money for four, whole seasons to begin with. However, they did have enough for season one, which they funded 90% out of pocket. As an independent creator, you have to be able to sacrifice some cash to put out some content. No one else is going to pay for a product that they haven’t been able to see and isn’t vouched for by a major studio or brand.

So how do successful indie series get enough money to actually become a series (and not just a single pilot episode)? One answer is crowdfunding — but crowdfunding doesn’t happen by magic. Steve Silverman, the creator of Pretty, explained, “People loved the first season and wanted more, so we did a Kickstarter campaign for our second season and raised over $8,500.” The rest they funded themselves, but by the time they got to season three, the show had gained such a fan base that, when they put a PayPal link on the series’ website, they received over $10,000, making season three the first that didn’t require any out-of-pocket costs. 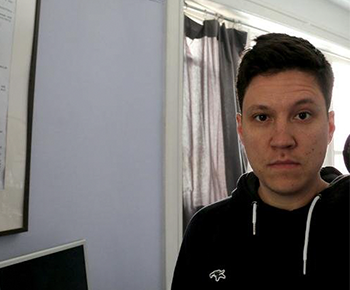 If you don’t have the money to fund a whole season, you can just spring for a solid pilot episode. That’s what Brothers (picture above) did, a thus far single-season series (quite recently released in October 2014) about trans men going about their daily lives in Brooklyn. The creators “made the pilot episode for pennies,” then put it on their Indiegogo page to give people a compelling reason to donate.

“Since we had a good-sized cast and crew, we felt that crowdfunding would be an excellent way to go about raising funds,” said Emmet Lundberg, the show’s writer/director, and Sheyam Ghieth, the producer. This certainly indicates that the word-of-mouth, friend-of-a-friend type model can help indie series get cash.

These crowdfunding campaigns don’t just help indie web series financially. They also build audiences. According to the creators of web series Be Here Nowish (Alexandro Roxo and Natalia Leite, who also star, see picture below), which follows two New York women to Los Angeles where they explore “spiritual awakening” and sex (not that they’re mutually exclusive), their Kickstarter campaign “spread the word about the show and created a buzz.” In other words, getting money and getting viewers for your indie show can be a two-for-one process through your website or crowdfunding page, which will be where people go to learn about your show and its creators, watch the pilot (or full first season), and donate money right then and there if they like it.

Once the word begins to spread about an indie web series, the momentum has to be adequate to “keep the ball rolling,” as Silverman put it. Since these series don’t have big networks paying for ads about them, they have to, like anything on the web, rely almost primarily on their quality for the word to spread.

There are certain different qualities web series can have that make them more likely to catch fire. As in the case of Pretty, truly funny shows spread because people are quick to send their friends videos to make them laugh, especially when that humor pushes “PC” boundaries (you can get away with that on the web, as long as you do it well, way more easily than on TV, and even more easily if you’re working on an independent production). As with Brothers and Be Here Nowish, first relatable qualities and then unique perspectives cause not only fans but also the media to spread the word.

As Lundberg and Ghieth put it, though they were “aware of the audience we would have in the trans male community… we have always wanted Brothers to be a show first about people and second about trans men.” Many can identify with the characters’ struggles as young people living in a city, while trans men can relate to specific issues they face. Since there’s such a dearth of representation of trans males in the media, and because Brothers creators actually reached out to the press, they got multiple mentions in publications like The Huffington Post (which most everyone reads) and The Advocate, an LGBTQ news outlet. The series addresses everyone, but through a voice worth listening to because it’s not often heard. 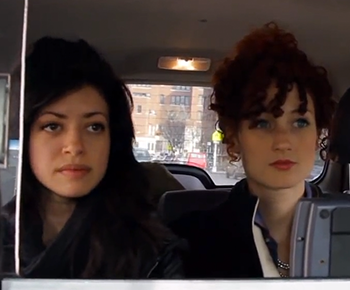 This isn’t to say that production quality counts for nothing when it comes to making indie web series successful. Be Here Nowish got press from its trailer alone because, well, it’s that good. In addition to appealing content (beautiful girls, comically bad/good relationships, LA spiritualism, New York ennui), it looks extremely polished.

The trick on an indie budget is that they made it look good for cheap. “We worked with an amazing DP, Dagmar Weaver-Madsen, for most of the episodes, and she would make it look amazing with no lights. We all worked hard to make sure that it looked professional despite the small budget,” said Roxo and Leite. “A lot of times we didn’t have access to proper sound equipment, so we had to tape microphones to broom poles and just get creative about it. In the end it all sounded great because we had an amazing sound designer friend jump in and fix all our cheap production audio.”

Overall, people watch independent web series like Pretty, Brothers, and Be Here Nowish because, simply put, they’re good. Their success lies in the creators having a solid product from the beginning… but not nearly the kind of “solid,” ratings-guaranteed product that TV networks will sink their money into. Rather, independent web series need to target independent people. These ones all expertly navigated the line between wide appeal and niche audiences, gaining enthusiastic viewers and reviewers. If you want to do the same with your indie series, what you need is first some cash, then a solid pilot episode, an attractive web page, a social media presence, and a crowdfunding link. From there, people will tell you whether you’re good enough to grow or not.

Jessica Klein is a reporter at VideoInk, supporting the publication’s coverage of online video. Read all of her posts here!

Online video will be honoured at MIPTV 2015 next April with the return of MIP Digital Fronts: two days of showcases and much more, dedicated to the finest online video in the world. More info here…