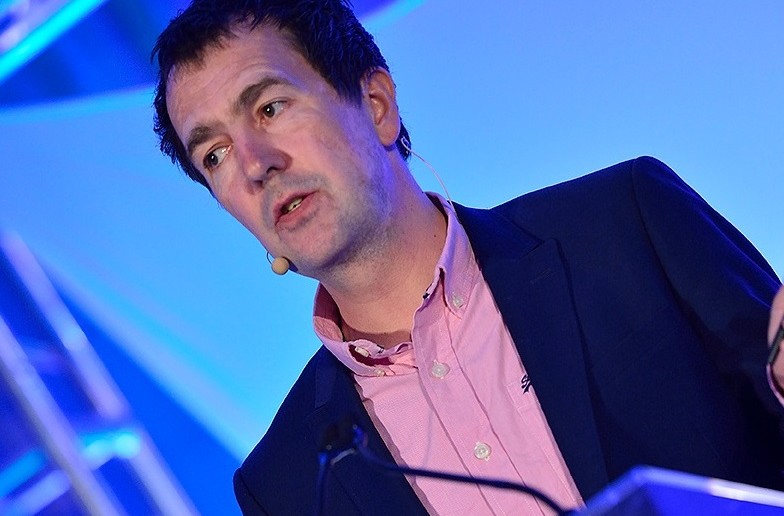 Interview: Jesse Cleverly: Online video is creating “the media brands of the future”

MIPBlog: Why did you decide to establish Wildseed Studios?

Jesse Cleverly: We looked at the world from the point of view of emerging creators and saw a contradiction. On the one hand they have never had it so easy, as they buy a camera and a laptop and they are a production company, and they plug them into YouTube and they are a broadcaster. On the other hand however, all the things that existed when we started out in TV — such as mentorship, the right to fail and expanding opportunity — are disappearing as TV becomes more embattled and more risk-averse.

We decided there was an opportunity there to provide the next generation of creative talent with the three things we see that they need: high level creative mentorship, strategic advice and investment sufficient to take their work to the next level. This in turn allows us to introduce this talent to traditional media platforms in more digestible form, and solve the growing problem traditional media experiences of connecting with new talent.

The end game for us is to create the media brands of the future. In TV, everyone is interested in being the first person to do something for the second time. At Wildseed we have reduced risk to the point where we have the mandate to be the first person to do it for the first time. We have the right to fail, and we exercise that right in the certain knowledge that for every nine projects that do not create mass engagement, one will break out. We only need one for our business to work.

> Why, similarly, did you decide to launch Comedy and sci-fi channels?

In genre terms we believe that these are the two categories that the 13-25 year-old audience love the most. In strategy terms, we believe that OTT channels will evolve from single title offerings to channel brands with an editorial identity offering a wider selection of content brands under one umbrella. However, we subscribe to the idea that an audience arrives on a channel in a certain mood with certain expectations, and so split our channels up to cater to those needs.

> How’s it going so far? What have the biggest challenges been?

Honestly it’s been incredible. We have tapped into an amazing untapped talent pool with really wonderful ideas and a real hunger to learn, grow and entertain. We have found that the tools of production and distribution are now so accessible that we are able to work at about 5% of TVs costs and achieve a really high quality. One of our first projects for example was, Hungerford, an 80 minute scifi feature film (below). The film was directed by a 19 year old British director who also edited the movie, and did all the SFX. We delivered it for a budget of £23k (€30k) and have been delighted to watch it travel the festivals of the world, wooing audiences with both its scale and its huge heart (the film permiered at the National Film Theatre in London, making the director the youngest in the organisation’s 60-year history to have a feature screened there). The film has maybe 100 sfx shots in it and delivers real emotional impact, for that tiny budget.

In this new world, the difference will not be made by who has access to the means, but rather those who have the passion and above all the talent to make great work. This is the sort of meritocracy Wildseed was created to embrace.

The biggest challenges for us are around the immaturity of the OTT distribution space. YouTube is an incredible platform with zero barrier to entry and that allows people like Wildseed to launch and build media brands – but it also allows everyone to upload video. That makes the space very noisy, and not really configured for the needs of premium content producers both in terms of discoverability or monetisation. However, every day the world takes a step towards us, and every day it gets a little easier to discern a highly profitable future, and we just keep walking towards the light!

> What are the biggest differences between producing online video and producing for ‘traditional’ platforms (TV, cinema)?

I think the online audience is simply younger and more socially connected. When I watch TV now it is shows about parents and grandparents and the ads are full of people with grey/dyed hair!

Luckily I spent a lot of my career making programming for youth audiences at the BBC – so I do not find producing for this audience too much of a challenge – but even so, it is all too easy to find oneself making shows with an older PoV without thinking – and that is simply not going to fly.

Lots of people will tell you that this generation have fallen out of love with narrative and are only up for short silly stuff. Personally I find that both cynical and patronising. You only have you look at the way in which Vice have built a multi billion dollar brand off youth orientated long form investigative journalism to see how retarded that point of view truly is.

I think the online audience are much less concerned with ideas of quality in a craft sense – although don’t get me wrong, the content has to be very good – but they are very much more concerned with a sense of authenticity, and it is this authenticity of vision which, again, we have configured Wildseed to nurture and promote.

Finally, whereas TV as a platform has to create hit in a local market and in a splintered market, the only way to do that is with very broad appeal content. Digital content is the opposite: it is more likely to build success inside a global niche audience. This allows producers to do things that are much purer and unashamed, and poses one of the biggest challenges, in my opinion, for television as a platform.

> Can you make as much money out of online as you can out of traditional media? Or is that not the priority for now?

With a hit you can make good money wherever you play it, but it is true that TV is still a far richer space in terms of fees and ad revenue. Right now we are totally focused on building brand and audience. Because we know, just as ESPN, CNN, MTV etc. knew when they bagged slots on the first satellite transponders, that those that move early and build audience in the wild will inherit the coming world.

> It’s often said that in online video, the engagement aspect is just as important as the production aspect. How has your experience confirmed this?

Engagement was always the defining factor – you can make a beautiful TV show, but if not one watches, you get cancelled.

As an online video producer, however, you have to understand that you are not handing tape over to a third party who will do the marketing. You are a soup to nuts operator, and as such you have to really engage with the principle of service. To most producers, this notion is pretty alien.

Furthermore, the functionality of the platform is very different. While at the moment the form of most online video mimics that of TV (albeit in shorter sections), over time, just as happened in previous media shifts, smart producers will begin to understand how best to optimise the form of the content they produce to maximise engagement. In the end the content that engages the most wins – so yes – engagement wins every time at the end of the day.

> What advice would you give to people keen to move into online video production?

Do it for love, focus on quality and authenticity, aim it at an identifiable niche, don’t expect anything to “go viral”, but work hard on your marketing plans, trust that there is always an audience for quality if you look in the right places and focus of building audience.

> Facebook has been booming as a video platform of late. Does this mean online video producers now have to work with two platforms in mind? Or maybe three, if Twitter video ever takes off?

Any company which builds its business around a platform is a hostage to a very fast evolving space. TV companies struggle to move into online video, music companies struggle to make digital music work, book publishers struggle to move into the ebook space – and so on. At Wildseed we place IP at the heart of all we do – and exploit the platforms which offer the best functionality for the experience we seek to deliver. So – yes – producers need to be thinking about every platform out there – because they all offer wonderful opportunities to engage, entertain and communicate with audiences – and that is the name of the game we are all in.

Jesse Cleverly was formerly head of development at BBC Fictionlab. He left his following job, as head of co-production and acquisition for BBC Children, to found Wildseed Studios, where he is creative director. More from Wildseed on MIPBlog soon!

MCNs will be honoured at MIPTV 2015 next April with the return of MIP Digital Fronts: two days of showcases and much more, dedicated to the finest online video in the world. More info here…