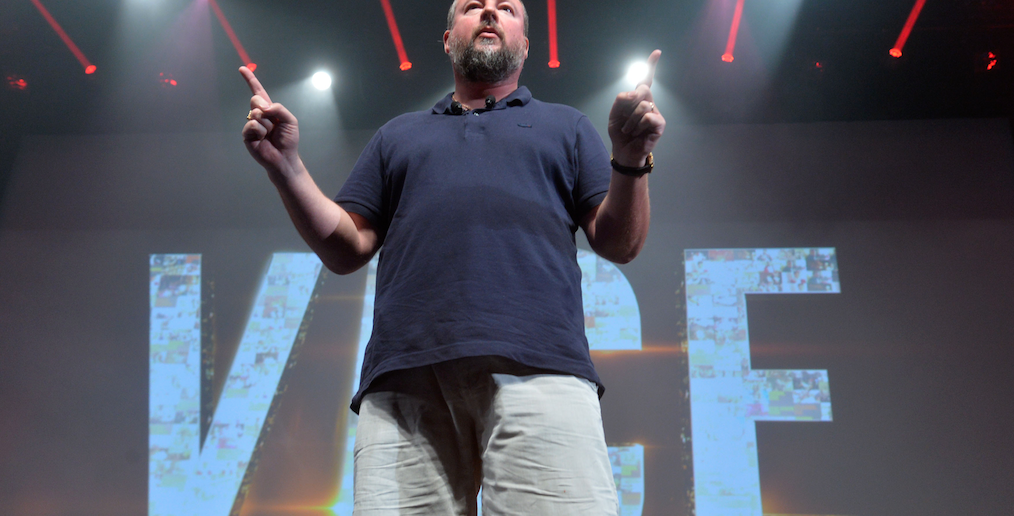 When YouTubers took over TV: 10 moments that made MIP Digital Fronts 2014

What happened in Cannes last year at MIPTV's inaugural online video extravanganza? Here are the best moments and quotes!
By James Martin on February 12, 2015 0 Comments

For the first time ever in 2014, MIPTV celebrated online creativity with two exciting days of showcases from the world’s biggest platforms and producers. But what exactly happened? Interviews with top vloggers and producers, insights on online platforms, tips for future creators: here are 10 key highlights of the 2014 MIP Digital Fronts!

VICE‘s co-founder and CEO Shane Smith created quite a sensation last year: after admitting that his goal for his cutting-edge media company was to become ten times CNN, he made an allusion to new platforms – a notion that VICE knows well, since it’s always used them for its new content. But who could have expected such a bold declaration?

Ever heard of Stampy Longhead? You should do: he’s now a worldwide YouTube star, posting videos of… a cat exploring Minecraft! If millennials have already jumped in, why wouldn’t you? Maker Studios‘ president of international René Rechtman is a fan, too!

3. “People are directly engaged with you as a person” on YouTube

With nearly 4 million subscribers on their YouTube channel, UK-based twins Jack and Finn Harries are two of the world’s most influential YouTube creators. At first, the channel documented Jack’s gap year, but it now has longer episodes about the brothers’ trips to India and other countries.

Not only is Chester See a talented singer and composer, he’s also a highly creative YouTuber, and has been posting his own unique videos for years. With over 1.5 million subscribers, why would he need a label? His session at MIP Digital Fronts ended with a surprise live performance — much to the audience’s pleasure!

5. “We’re able to fund our content through brand integrations”

One the most discussed topics at the 2014 MIP Digital Fronts was funding: how can creators and platforms finance their programmes? Advertising is often the answer, but more and more producers – including YouTube stars Rhett and Link – turn to brand integration.

6. Internet trends are “our way of establishing social currency online”

In just a few years, What’s Trending has imposed itself as a referential online interactive show for all manner of hot topics. Its co-founder and CEO Damon Berger used a highly relevant expression to describe what this kind of format represents for today’s audiences.

Not only did actor Ray Wise (yes, Laura Palmer’s dad!) accept to star in online comedy series Farmed and Dangerous, he did it knowing that the programme was produced by Chipotle Mexican Grill. This original scripted show won the MIPTV Brand of the Year Award in 2014. Why? Because online series are now just as good as “traditional” ones!

8. “I always was really excited about videos and how you can reach a much wider audience”

Hoola hooping master Marawa The Amazing may not be your average vlogger, but she perfectly represents artists who’ve found a new – and now-essential – medium in online video platforms.

9. Eli Mengem describes his experience as a YouTube star

Eli Mengem used to work in a bar, but he’s always enjoyed reading and writing about football. Now, he’s one of the main hosts of Copa90, one of the world’s biggest online video destinations for football fans! Quite a career shift…

The path to success for a multi-channel network? French MCN Golden Moustache has a simple strategy: stay focused on what really matters – creators – as its Deputy General Manager Adrien Labastire told the MIP Digital Fronts audience.

Online video will be honoured at MIPTV again next April with the return of MIP Digital Fronts: two days of showcases and much more, dedicated to the finest online video in the world. More info here…