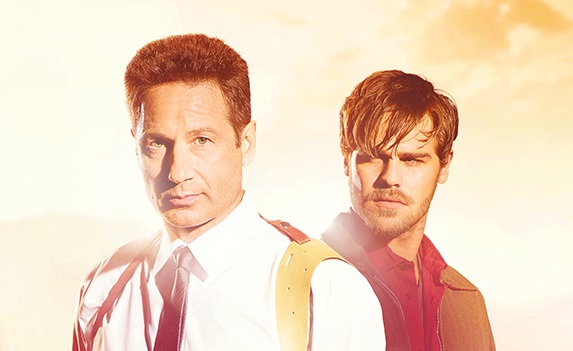 ITV Studios' director of acquisitions and co-productions reveals her strategy for the launch of US network drama Aquarius.
By Gary Smith on October 9, 2014 0 Comments

Launching major new drama series these days is a complicated business that demands so much more than just a great script and an A-List line-up of talent. Cutting through the noise to get the show noticed by buyers is one major challenge, and then, of course, there’s the matter of the fierce and unrelenting competition from other high-end drama series. Ruth Clarke, director of acquisitions and co-productions at ITV Studios, reveals her strategy for the company’s big launch at this market, the US network drama Aquarius, starring David Duchovny, which has its first ever screening at MIPCOM.

MIPBlog: How do you ensure that your new drama series get a fighting chance in the current, super-heated climate?

Ruth Clarke: We are lucky in that ITV Studios has a solid reputation for coming up with quality drama series, so a lot of buyers see us as a kind of pipeline for such shows, but of course we have to maintain that standing with them, and one way we’ve done that is through partnerships. Through ITV Studios US Group we’ve been able to form some really important working relationships, including a joint venture called Tomorrow ITV Studios with Marty Adelstein (Prison Break), which is how Aquarius came about. The show was written by John McNamara (Prime Suspect, Common Law) and both John and Marty will be at MIPCOM to promote the series; it’s something that really makes a difference with potential buyers.

And our marketing team is amazing, in that they have been ramping up the messaging about Aquarius for several weeks, sending out teasers to all the buyers, and doing it really cleverly by using mails that demand click-throughs to background information and interviews with John and Marty. We have had a very strong reaction, with expectation building as we get closer to MIPCOM. The event really is the crescendo for us, and it is where, of course, we do the big reveal.

> What can you tell us about what happens in Aquarius?

It’s a 60′ show set in 1967, the era of free love, drug experimentation, with Vietnam in full effect. The teenage daughter of a respected lawyer goes missing, and LA Police Sergeant Sam Hodiak, played by Duchovny, starts asking around, but the hippie kids he’s questioning don’t take kindly to cops. So he partners with rebellious undercover cop Brian Shafe, and they stumble upon a small-time cult leader seeking out vulnerable women to join his cause. From there, they follow this man’s trail down a rabbit hole of drugs, sex, murder and cultural revolution, but what they don’t realise is that the person they’re hunting will eventually become the killer we now recognise as Charles Manson. The show explores the cat-and-mouse game between him and the police, which will go on for several seasons ultimately ending with the infamous Tate-LaBianca murders.

> Despite the strong and relentless competition, do you agree that this is an amazing time in TV?

Oh yes! It’s cool to be in TV these days. Who would ever have thought that Luc Besson would be making TV series? The fact that he is, is symptomatic of how France, a country that was obsessed with feature films, has realised that TV is every bit as good a place to do great work as cinema. And as we’ve seen over the past two or three years, a lot of major cinematic talent from France and elsewhere is now happily working in TV because there are so many great shows being made. There really is an embarrassment of riches out there. For example we just picked up a new Swedish crime series called Jordskott produced by SVT, and even though it’s not even going to be aired in Sweden until next year, the local media is already really excited about it, and so are we. I believe we have the next Nordic Noir sensation.

This is the latest in a series of posts from MIPCOM’s top influencers, ahead of our 2014 edition. The posts are coordinated by Gary Smith, senior reporter for the MIPCOM News. Read of all his posts here!