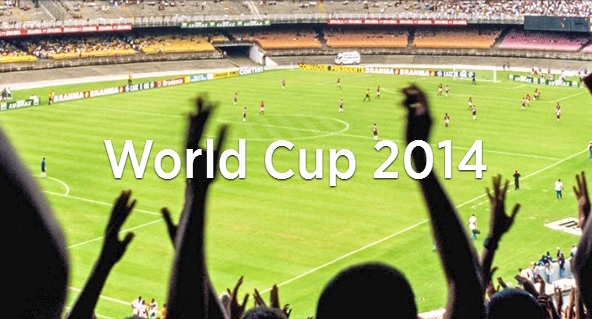 From fans to broadcasters to brands, this year’s World Cup has set new standards for social TV. Here's how!
By James Martin on July 11, 2014 0 Comments

As the 2014 World Cup comes to an end, what better time to take a closer look at one of the biggest evolutions we witnessed this year in the sports world: social media platforms taking a leading role in driving the conversation around tournaments. Germany’s shocking 7-1 victory over Brazil, for instance, became the most discussed sports game ever on Twitter, triggering 35.6m tweets.

This exponentially important role of social media for sports events is helped by the fact that sports fans are more connected than ever. But perhaps even more important is the strenghtened presence of broadcasters and brands on Twitter and Facebook. Many of them prepared for the tournament by launching a variety of social features, providing fans with comprehensive and innovative coverage of the event.

Here is a selection of some of the most successive social media activations by brands, broadcasters and social platforms, from FIFA’s official social hub to BBC’s #myworldcupseat campaign to Dutch channel NOS’ FIFA WK 2014 App.

VAST MEDIA tracks and benchmarks interactive and multiplatform initiatives of broadcasters and producers worldwide. Check out all of their MIPBlog posts here! And be sure to follow VAST MEDIA on Twitter  for more updates.