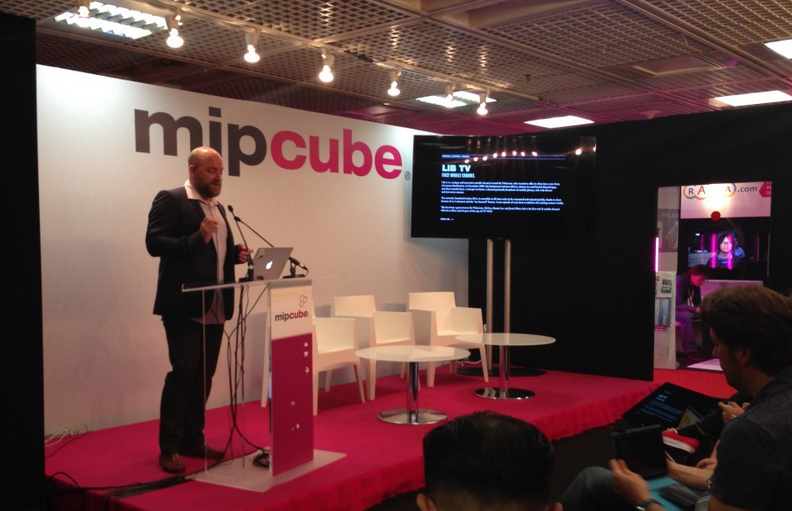 Pierre-Mathieu Fortin of Jimmy Lee joined us this morning to screen some of the great work his company had done both for TV and the web.

Jimmy Lee is the post-production arm of agency Sid Lee, best known for its work with Adidas. It’s grown to over 600 professionals from around the world, and the agency prides itself on choosing people who represent a diversity of origins.

As of 2012, Cirque de Soleil took partial ownership in Sid Lee. “It was an amazing venture for both of us. Cirque was already a client,” said Fortin. Sid Lee manages its brand, expansions, and sets. Their creative teams are close.

Jimmy Lee is spread across Sid Lee’s five major hub-city offices, and counts around 60 employees, but it also draws from an enormous network of collaborators, journalists and talent. It is divided into 2 categories:

It’s also represented by CAA in the US, yielding access to some of the top talent in the US and the world.

“We really pride ourselves on building a multimedia creative studio,” said Fortin. “We’re not held back by the brief. We throw ourselves into getting the most out of an idea.”

A few examples of those ideas are shown below.

“What you can do with this beautiful story with a young kid… is help him rediscover his own country” through his own communications, said Fortin. “This is our aim: to really probe the minds of creatives who work with us.”

Jimmy Lee is also doing more webseries, such as Chronicles of a Misfit Mom, which got picked up by CBC in Canada. Headlined by a well-known Canadian actress, “Chronicles” follows a new mother through the myriad of imperfect decisions — and imperfect thoughts — that she mucks through daily with humour and a touch of this-close-to-crazy.

“We got viewed by more than 700,000 people,” Fortin beamed. “For a French-speaking population of 8M, that’s pretty good.”

Other webseries produced for CBC include Les Béliers and Fabrique-Moi un Conte, both for LIBtv, which is now the biggest mobile channel in Canada.

The last example we were shown was for GSP, whose brand Sid Lee is in charge of. “We shot many clips for him and the UFC,” said Fortin. “We continued working with him and his entourage, who produced a book, and we said, ‘Why stop here? Let’s make a film out of it.’ So we made a documentary.”

The takeaway? “Brands want exposure, and broadcasters want amazing content. This is what we’re trying to provide more and more,” said Fortin.