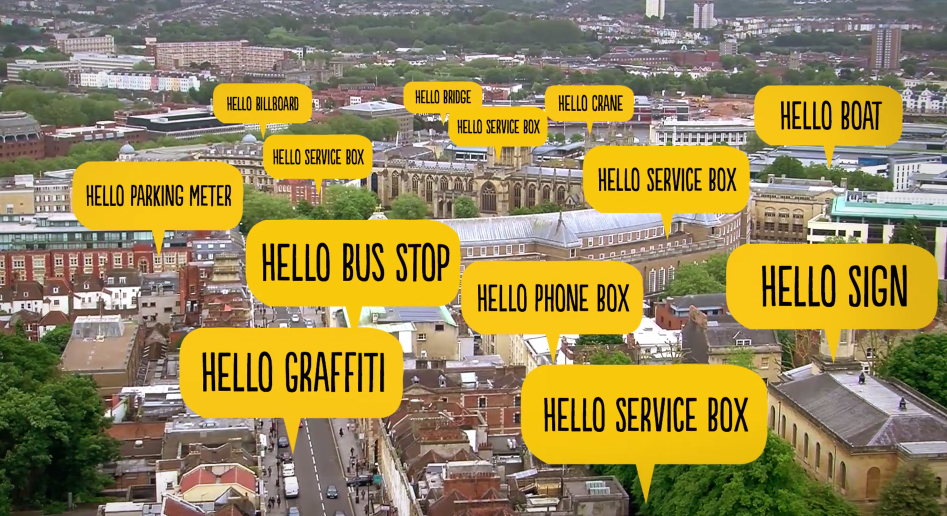 Brand storytelling, deep knowledge of audiences and real-life interaction will all be key moving forwards.
By Simon Staffans on March 6, 2014 0 Comments

A couple of weeks ago in a post here on MIPBlog I talked with four people who were each looking forward to 2014 for different reasons; everything from how gaming will come to influence television, to a new rise in ad-funded crossmedia and transmedia content. The general consensus was that 2014 is shaping up to be a very interesting year, with numerous possibilities, both content- and funding-wise.

Looking into my own personal crystal ball, I can’t but agree. There are challenges, naturally, but the possibilities easily outweigh them. Here are three areas I feel we as producers and content creators should take into consideration when approaching cross media projects this year:

The art of the storyteller is gaining in popularity and respect, as an increasing number of companies realise that Jerome Bruner was correct when he, in the book “Actual Minds, Possible Worlds”, that people are 22 times more likely to remember a story than a series of facts or bullet points. In this context, corporate storytelling has never been a hotter topic than now. The most beautiful thing about it though, is that it opens up the possibility to move beyond product placement, sponsorship and branding and into an area where needs and values of a company can fit naturally into the stories and narratives of a producer, creating a much fuller experience benefiting everyone involved.

As an example that is close to my own heart, let me point to The Energy Ambassador, a campaign we produced last year for the energy industry sector in western Finland. We created the story of the Energy Ambassador, sent out on a global quest – “The Trail of Innovations” – to explore how innovations from ten global energy industry companies affected people’s lives, the environment and the economy in locations all over the world. The stories were distributed as blogs, on social media and as a 12-episode webseries journey on YouTube.

The end result was a great story arc, fulfilling all expectations and even involving Europe- and trade ministers. We totalled 52,000 interactions on social media over a 10-week period, and participating companies saw their visitor numbers and job applications skyrocket. One company had as many spontaneous job applications in two weeks time as they have in two years normally.

Since raising awareness of the companies as future employers was one of the main aims of the project, the numbers we achieved show how great stories combined with carefully crafted multiplatform storytelling can reach and engage an audience.

We are facing an audience which has become more interactive than ever, more demanding than ever and more difficult to control or even manage than ever before. That’s why it’s now, more than ever, of utmost importance to know your audience. Luckily, we’re also in an age where it has never been easier to actually do research into the audience, on a regional, national or even global level, to identify needs and wants, and find the key statistics and key points through everything from Big Data to social media acitivites and UX research with EEG (brainwave)-monitoring and eye-tracking equipment.

As an example of what can be done to find out what gets your audience going, here’s a look at how a UX testing scenario can look like: 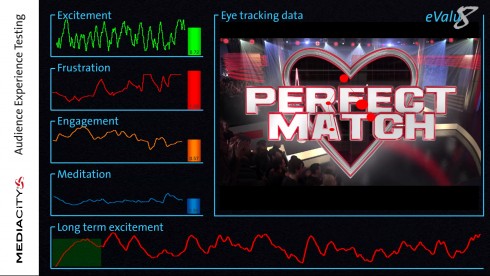 On the right of the above image is a pilot for a show we created last year, that we wanted to test on a target audience. The red dots are those of an eye-tracking camera, recording what the person is watching and for how long. At the bottom is a measurement of long-term excitement, letting us know if our storytelling curve holds up throughout the show, and whether intended climaxes and high-intensity points actually are such points according to the viewer as well. On the left side again, is the data from the EEG helmet, letting us know the different feelings the person is experiencing while taking part of the content. And finally, an in-depth interview afterwards, based on all this data, lets us know what really went on in the minds of the audience members.

3. Think beyond the screen, to real-life interaction

Everyone is online, and everyone has a smartphone in their pocket (or a tablet if it’s a really big pocket). But today, and tomorrow, is about thinking beyond these screens. How can we as producers and creators raise our gaze from the screen to the world beyond? How can we combine different platforms to tell stories and deliver experiences – and even find new revenue models along the way? We need to look beyond television, beyond VOD, beyond apps and beyond clicks, to a world much more connected than that. When we’re looking at the Internet of Things, or connected objects, we’re also looking at a world where stories can be told anywhere and through anything, giving us as producers the possibility to connect and stay connected to our audience to a much higher degree than before. Here’s a great example from last summer – ”Hello Lamppost” from the Watershed project in Bristol:

All in all, I believe we will need to become more organic, more symbiotic with our audience. It’s a give-and-take relationship, where the things we give and take used to be content for money. Nowadays though, they can be just about anything; it’s all up to us. Exciting times!