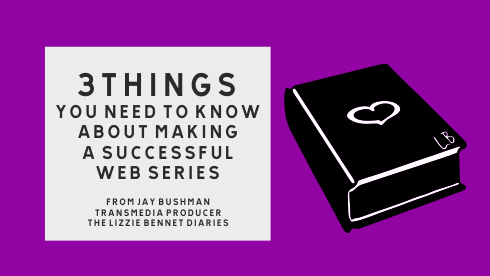 Essential tips from the transmedia producer of online video phenomenon The Lizzie Bennet Diaries!
By Jay Bushman on March 24, 2014 4 Comments

The Lizzie Bennet Diaries broke new ground in multi-platform storytelling. Over the span of a year, LBD told a modern adaptation of Jane Austen’s Pride and Prejudice through a mix of fictional vlogs and social media story content where the character engaged with each other and the audience on a regular basis.

The show compiled over 50 million total YouTube views, millions of social media impressions, launched a record-breaking Kickstarter campaign, and became the first YouTube-distributed series to win a Primetime Emmy Award, for Outstanding Creative Achievement In Interactive Media – Original Interactive Program. All with a marketing and PR budget of zero.

As the Transmedia Producer for the show, I architected and oversaw the social media story elements of the show. It was an intense, roller-coaster experience that yielded many lessons. Here are three of them. 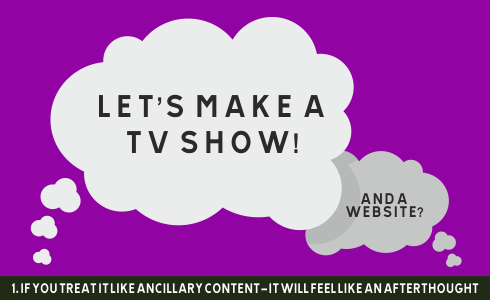 Most shows leave their social strategies to the digital or marketing divisions. But that’s too late – most content developed under that division of labor will yield social content that feels divorced from the main show. If you find yourself describing any of your transmedia or social content as “ancillary,” “secondary” “or “just the web stuff,” you’re tipping your hand that it’s not important. And the audience can always sense when they’re being delivered inferior goods.

As the Transmedia Producer on Lizzie Bennet Diaries, I was also a member of the show’s writing staff, This integration is precisely what allowed us to create a social story experience that was so tightly integrated with the video elements of the show.

So put a transmedia producer in your writing room, and treat them as a full member of the team and not just the person doing “that web stuff.”

As with everything else that gets described with the T-word, not everybody calling themselves a transmedia producer means the same thing. So when looking for one, make sure to get into details about what their use of the term means to them. Good storytelling and writing ability is a must, along with an understanding an appreciation of how different social platforms work and what interaction styles work well on which platforms.

2) Set expectations and keep them (most of the time) 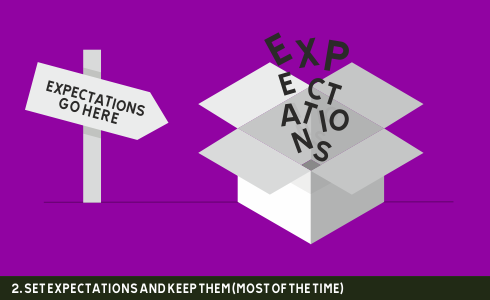 TV shows have long-used and well-understood patterns and rhythms. Transmedia stories have to invent their patterns anew each time, and teach their audience how to consumer it.

One of the great things about working in transmedia is that the whole web can be part of your storyworld. But that can also be a detriment – you don’t want to spread your story so widely that your audience can’t find all the content you’ve created. So it’s important to establish patterns and rhythms early on and get the audience acclimated to the way you are going to tell your story.

For instance, on Lizzie Bennet we got into a pattern early on where the characters would have short twitter conversations amongst themselves at discrete intervals. This helped to communicate the expectation to the audience that the characters were not going to be tweeting constantly, but in short barrages. We tried to structure these conversations so that they would have natural conclusion points to indicate that a particular interchange was over.

Establishing this pattern let us choose a handful of moments to break it with big social “setpieces” – a day-long sightseeing trip in San Francisco, a photo series from a party with a rude interruption, or an ill-fated attempt to cook Thanksgiving dinner. These moments became high-points in the story and allowed us to advance character and plot in ways different from the main videos. Crucially, they were not conceived of as “stunts,” or ways to provoke more audience engagement. Story was and is the first priority. 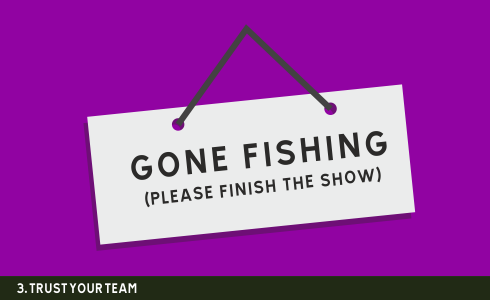 Great, so now you’ve taken the plunge. You’ve hired a transmedia producer for your show. You’ve treated them as a fully-fledged member of the writing staff. You’ve given them resources and access, and you’ve got some wonderful things planned. You’ve defined a plan for a pattern on how to use all the various tools at your disposal.

There’s one more thing you have to remember: Get out of the way.

The speed of social is blindingly fast. Opportunities arise and disappear in the span of minutes, if not seconds. And the thing that kills potentially good projects dead is an archaic system of reviews an approvals. Oversight is important, but just like how they say 90% of the producer’s job is casting the right actors, the same holds true with your transmedia team.

Hire people you can trust, give them a framework and a plan, and then let them blog and tweet and tumble without requiring your approval for every little decision. What you’ll get is a blindingly quick response time, authentic conversation between the fans and the show, and an engaged audience who will appreciate that there’s a real voice talking to them instead of boilerplate PR.

If not, then prepare yourself to be always playing catchup, and missing out on some wonderful opportunities for authentic engagement with you audience. Its the difference between an appreciative fanbase and a loyal one.

Jay Bushman is a writer and producer of transmedia entertainment. At Fourth Wall Studios, he helped create the Emmy-Award series Dirty Work, as well as other content for the RIDES.TV interactive platform. Jay is also the co-founder of the Transmedia Los Angeles organisation, and one of MIPTV 2014’s online producer ambassadors.