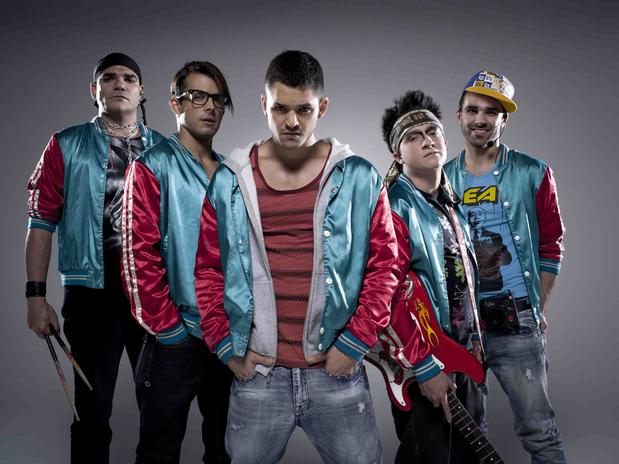 Country by country, discover the buzziest TV shows in social media, tracked by TheWitspottER.
By James Martin on February 13, 2014 0 Comments

What countries generated the biggest social TV buzz in the last few months? TheWitspottER hes been tracking all social media activity around new shows, between September and December 2013.

As usual, Spanish-speaking countries lead the way: 5 shows make it to the top 10, and Spain remains Europe’s number 1. The most social TV premiere in Latin America in the last five months took place on September 5, 2013, with a cocktail of music, emotions, gangs and ninjas: the surprising and ultra-dynamic teen series Cumbia Ninja (photo above).

Turkey tops the list, with an impressive average of 14.4k social media comments per premiere, and no less than 138k comments for the new drama series Firuze, despite disappointing ratings.

Surprinsingly, US shows are now behind Latin and European ones in terms of social media activity. However, big names or franchises like Crazy, Sexy, Cool: The TLC Story and The Sound of Music still engage many fans online.

The Wit – World Information Tracking – is on a mission to feed its proprietary FreshTV database everyday with new TV and digital content news, trends, practices, from around the world in order to help its subscribers (broadcasters, producers, advertisers) come up with the TV & digital hits of tomorrow.