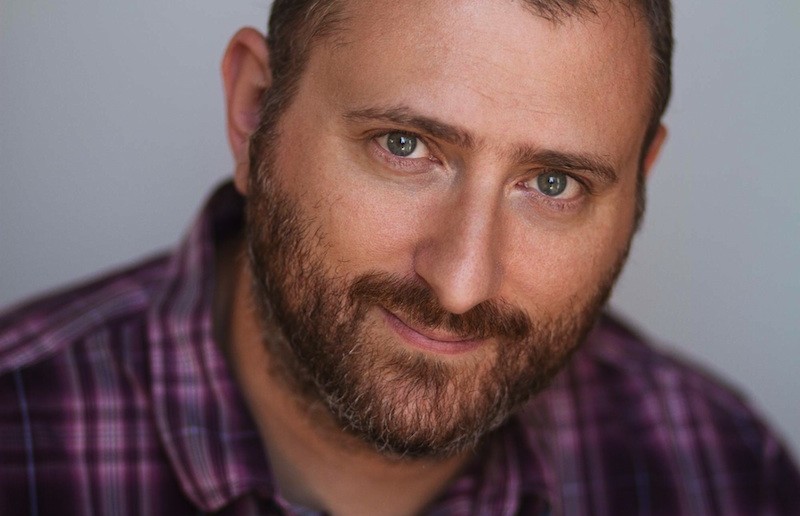 For producer of YouTube-based series The Lizzie Bennet Diaries, digital still has many stories to tell...
By Mike Dicks on February 24, 2014 0 Comments

Jay Bushman is a writer and producer of transmedia entertainment. At Fourth Wall Studios, he helped create the Emmy-Award series Dirty Work as well as other content for the RIDES.TV interactive platform. As the transmedia producer and a writer for groundbreaking multiplatform series The The Lizzie Bennet Diaries, he received a 2013 Primetime Emmy for Original Interactive Program. Jay is also the co-founder of the Transmedia Los Angeles  organisation.

> MIPBlog: Jay, you’ve been involved in re-imagining online content for several different productions – what are the greatest challenges you’ve faced? Audience engagement, distribution, funding, something else?

Jay Bushman: Funding is always a challenge.  We’re still in a stage where it seems strange to do an online story experience that isn’t part of a brand strategy or a marketing campaign.  But I think we’re getting to the point where we’re seeing more and more projects that exist to tell stories first, and have branding justifications second. The web series space is certainly getting there.

It’s more challenging for transmedia/cross-platform storytelling; because the format is so new, and because we don’t have a lot of successful examples to point to. It seems like each and every new project is burdened by the need to invent a new set of mechanics, and then educate the audience how to consume it. Something about The Lizzie Bennet Diaries that I’m proud of is that we devised a multiplatform story format that is repeatable and scalable; something that others could point to and say – “that’s the kind of thing I want to do.”  There are now easily a dozen other shows out there using the model we pioneered, and I’m always so thrilled to see new ones emerge.

Another big challenge, something I think about almost constantly, is that social media is a relentlessly real-time experience, and that has specific strength and weaknesses when telling a story.  Finding ways to marry the real-time engagement of platforms like Twitter and Tumblr with the more temporally-flexible formats of film and prose is something of an obsession.

Social media storytelling is still in its infancy, and we’re learning what works and evolving past what doesn’t.  If you look at the history of the novel, for a long time every book had to have a frame around it as if the story you were reading was a true account, or they had to be in the form of letters. Because otherwise, they thought the audience wouldn’t accept the format – how are they reading these words? who is the narrator? how do you get inside people’s thoughts?  These are all old tools of prose writing now, but each of them were discoveries and experiments at one time. These are evolutionary changes.  We’re still figuring out what is necessary in social media storytelling, and what frames we can begin to discard.

> You’ve used Twitter for collaborative storytelling to great extent. A recent study reveals that TV and Twitter are a match made in heaven (for those who still doubted). How do you view Twitter and television?

I’m not really surprised by articles like this, in that they only seem to value Twitter as a tool for advertisers and brands. But it misses the larger point that the conversations they are pointing to were always happening. The audience is always talking about the programming on television – and usually quite rudely.  With Twitter and social media, the difference is the TV people can finally see the conversation and even take part in it – although that in and of itself is a dicey proposition. The value of Twitter is in the two-way conversations it enables between people.  And I’m quite concerned about Twitter’s evolution over the past few years into a company that seems to think they exist to support one way communication from a brand or a celebrity to a large massive audience.  But that’s not what makes Twitter special. That’s not what makes Twitter the tool that helped start revolutions.

I’ve also always believed people get too hung up on the 140 character limitations in Twitter, and in thinking of a single Tweet as a discrete entity.  The comic book theorist Scott McCloud famously wrote that in comic book, meaning is created in between the static panels.  I think Twitter (and a lot of social media) works largely in the same fashion – meaning is created in the spaces in between the tweets.  In the larger conversation.  And that’s a very short leap to a multi-voiced dramatic interaction, telling a story over a period of time – which is a lot like television.

I’d love to see some mainstream television shows take some more chances with using Twitter as more than just an engagement tool, but as an avenue of telling stories that connect the spaces in between their episodes and seasons.

> What would be your best advice when it comes to engaging an audience over Twitter, in connection to a TV show?

I think that depends on the kind of engagement you’re seeking, and for what purpose.  Most shows and most brands, if they’re being honest, don’t actually want engagement – they want metrics that indicate engagement.  They want to be able to say, “Look how may followers our show’s Twitter account has.” But raw numbers like that are not indicative of true engagement, and leads to an environment where the quick hit is valued over the meaningful experience.

My biggest piece of advice to foster quality engagement would be to listen to what the audience seems to want, help create the conditions to bring it about, and then get out of the way.

I’d love to see a mainstream television show embrace the use of Twitter and social media as a fictional storytelling medium. But that would require that design to be baked into a series from the very beginning, whereas in most cases the Twitter strategy for a show comes from the marketing or digital departments, and is treated as an afterthought.

Another way of putting this is that if you think of Twitter content as “ancillary,” it is then by definition not crucial to the story.  And one of the major tenets of good storytelling is to remove the elements that are superfluous.  While these two principles are not incompatible, it requires a much more integrated plan from the very beginning – from the lead creative minds of a show – to integrate well.

Jay Bushman is the Emmy Award-winning Transmedia Producer/Writer of The Lizzie Bennet Diaries, the co-founder of Transmedia Los Angeles and one of our MIPTV 2014 online producer ambassadors. Look out for more from Jay over the coming weeks!