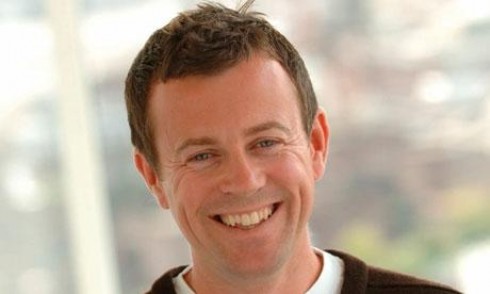 Why leave a company like All3Media to found a YouTube-focused production studio?
By Mike Dicks on February 17, 2014 1 Comment
4
4
Shares

As All3Media‘s commercial and digital director, Andy Taylor launched some of the UK producer’s biggest YouTube ventures. So much so, that he left All3Media last year to found Little Dot Studios, “a company that focuses solely on YouTube”. As MIPTV 2014 gears up for its first ever MIP Digital Fronts, Descience‘s Mike Dicks spoke to Taylor about this major industry shift.

> MIPBlog: You left a well-paid role in one of the UK’s biggest media companies to set up a company that makes YouTube videos. Why?

Andy Taylor: At All3Media, we launched a number of YouTube channels around TV programmes, and we loved the fact we were able build subscriber bases around those shows. We also started to create original content for YouTube and became excited by the new, digital native production talent who could develop, shoot and edit. So, we decided to start a company that focused solely on YouTube. Nearly a year later, that seems to be paying off.

Little Dot Studios works in three markets: TV Content, Original Content and Branded Content. On the TV side, we run over 80 YouTube Channels for TV production companies, taking their shows and creating clips, channels and some new content for fans. We have also created our own original channels and content, where we are creating a whole new entertainment brand, setting up a channel and then producing regular content. Finally, we work with brands and advertising agencies, making branded content for YouTube.

> So let’s look at them separately. How do work with TV channels?

I think we’re unique in this space as (Little Dot co-founder) Selma Turajlic and I are from a TV background. We’ve watched our clients’ shows, we get the rights issues, the relationship with the broadcaster and we understand international sales and how complex it can be. That’s rare in YouTube land. The programming that is working well in this space is mainly lifestyle and entertainment. Lifestyle programming works well because YouTube is a search-based viewing experience, and when people type in “my child won’t sleep” or “how do I make beef wellington?” there is a good chance that they will find help on YouTube. We curate clips from parenting, cookery, decorating and style shows and make them findable with search.

> You’re also making your own content. How is that working out?

It’s harder, but more rewarding in the long run. You don’t have to look back far to see a time when there were only 4-5 channels in the UK. Then cable, satellite and digital came along, and no-one could see how specialist music, food or travel channels would be successful. ITV2, E4 and specialist channels like The Food Network invested ahead of the curve, losing money in the early days, in the belief that digital channels would flourish in the future. We’re not dissimilar in that we’re investing in channels and content on YouTube in the belief that the move to niche will continue and that specialist channels on YouTube will become the channels of the future.

We’re building lifestyle channels like Daily Mix – a make-up and style channel aimed at 13-18 year olds (which already has 430,000 subscribers), and also finding new talent and formats on channels like Dead Parrot – where we had one of those elusive viral hits last year, with YouTube Comments Reconstructed (above). In that case someone in the office came up with an idea pitched us for a small budget, grabbed a camera and some help with casting and created a hit with 2.5 million views.

Contrary to popular belief, that doesn’t make you rich over night, but it creates a buzz and PR that generate more views for the channel, and importantly interest from broadcasters and advertisers.

> So that brings us to the third part of Little Dot, branded content. You said that was doing really well?

Yes, we can barely keep up with demand. I think it’s because of our TV heritage again and that we understand storytelling. We also have a large YouTube Network (75 million views per month), so we also understand how to get seen on YouTube. This means the agencies and brands we work with feel reassured both on our production capabilities and our marketing expertise.

We run the Renault Channel and we work with brands like Cadbury’s, Flora and Stork producing a huge range of content. We don’t have a sales team or account managers – we’re picking up all our work through word of mouth and the popularity of the original content we’ve produced – like YouTube Comments Reconstructed.

No, TV is still part of our model. We love TV at Little Dot Studios. It’s still a great platform with a fantastically healthy future and we have plans to take our ideas and talent there. It’s a natural step for us to become a next generation production company producing for TV as well as online platforms. If we make TV though, it’ll be very different and based on what we’re learning about new audiences and the new generation of production talent we’re working with.

Andy Taylor is the co-Founder of Little Dot Studios and one of our MIPTV 2014 online producer ambassadors. Look out for more from Andy over the coming weeks!