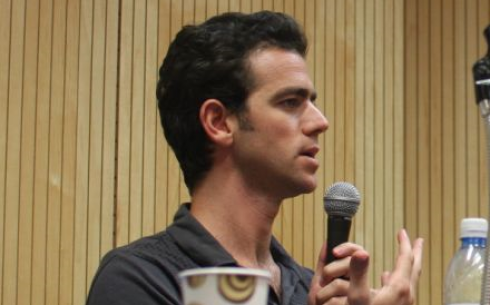 Daniel Ravner: What are the Israelis doing right?

"Size matters and necessity is the mother of all invention", says Practical Innovation's founder and CEO.
By Daniel Ravner on February 25, 2014 0 Comments

In the past few years Israel has enjoyed a steady rise in prominence in the global TV industry. This came about as a result of an unmistakable outflow of innovation, both for the first and the second screen.  As Israel is going to be the focus of MIPTV 2014, now is a good time to ask why it is such a big innovator in TV. What about it allows for technology and TV to fuse in a way that makes sense for the rest of the world?

Israel is successful because it has to be. It’s a small country (six hour drive from one side to the other) with chronic geo-political instability and an economy dominated by a small number of major players.  With a low glass ceiling on one side and a Jewish mother on the other, Israelis had to push through.  Thus, Israel excelled in exporting one of its only natural resources, the Jewish mind.  This is why the IP oriented areas of tech and storytelling worked so well for Israel and an ecosystem organically grew to support that.

Tech led the way. From the 90’s onwards Israel rode the wave of hi tech boom. The world became a global village and the lack of borders was a chance break for a country that’s not even 50 years old. Today Israel has the highest startup ratio per capita in the world and enjoys the branding of The Start Up Nation. More pertinent to our story, Israel bought into its own branding and the whole notion of  entrepreneurship became an important and  glorified cultural value.  Everyone in Israel has a start up idea.

It was that culture that the TV industry was immersed in when it was pushed against its very low ceiling. In mid 2000s commercial television was a only a decade old but already the industry desperately needed room to grow.  So Israel ventured out into the format industry with shows like Upgrade and In Treatment to be the first to get really noticed. Format became a source of national pride and stories of success run on major publications. Everyone in Israel has an idea for a TV show.

So, in the days following the dotcom bubble crash Israel had restless TV and start up industries, both with international aspirations in their DNA, both looking to exploit any differentiating advantage and both sharing a small working area in and around Tel Aviv. The cooperation was bound to happen, ideas got exchanged and innovation happened.  That’s the soil that later bred Stevie, Rising Star and TV by the People.

It’s important to note that the small size of Israel doesn’t just hold obstacles to overcome; small is actually very good for innovation (on the whole, 75% of all innovation comes from small companies) partly because the same people work in various companies, various projects and various industries. That means experience and knowledge travel fast and cross industries.

The small size also renders Israel a favored testing ground for new concepts, as many big technology companies know and act upon; If you pilot innovation successfully in Israel, good chance it will travel as the culture is western and culturally up to date. If it fails, it’s a small country in the Middle East, nobody will know.

A notable in this story is Avi Nir, the CEO of Keshet. When he decided that digital is a major strategic goal, Keshet lined up. When Keshet lined up, the entire industry joined the race. Not all became cross media aficionados, but all had to face the questions of what to do on the digital side. Various answers served different needs and those answers, as is the case with digital assets, travel relatively easily to other markets. It also helps that Major formats are everywhere and overall fall into a few broad categories, so if you create an application for Master Chef, it is relevant for almost any other production in the world and other cooking shows as well.

So, size matters and necessity is the mother of all invention. This is how Israel became a big innovator in TV and the tech side of entertainment.

Daniel Ravner is the founder and CEO of Practical Innovation, and former head of digital at Armoza Formats. He will speak at MIPFormats, April 5-6. Meet him there!