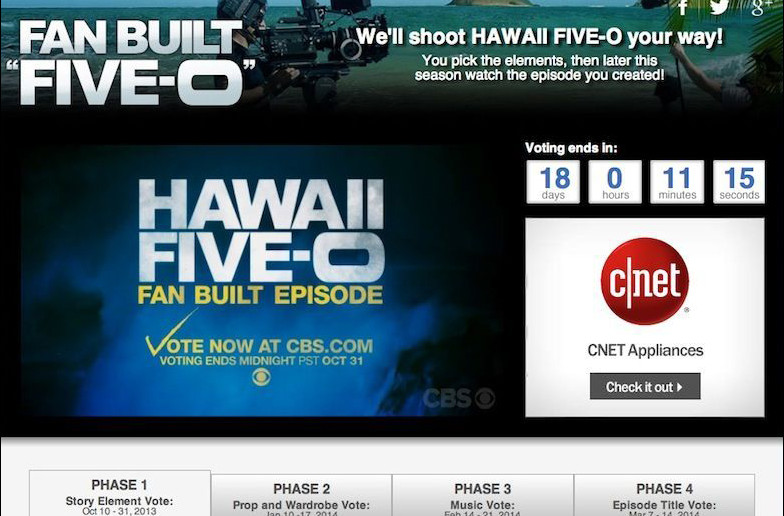 On October 11, 2013, CBS announced and launched ‘Fan-Built Five-0’, an initiative that lets fans of Hawaii Five-0 build an episode of the series themselves, by voting on key story and production elements on the series’ website.

The fan-built episode will be broadcast later this season. For three weeks, fans could visit cbs.com/shows/hawaii_five_0/vote and vote on six key elements of the episode: the scene of the crime, the victim, the murder weapon, the evidence, the suspect and the takedown.

After phase 1, the voting for the story elements, ended on October 31, the writers of the series began writing the script integrating the results of the fan voting. When the production of the episode begins in early 2014, fans will have additional opportunities to vote on other elements such as the music used, the wardrobe of the cast, props and the title of the episode. 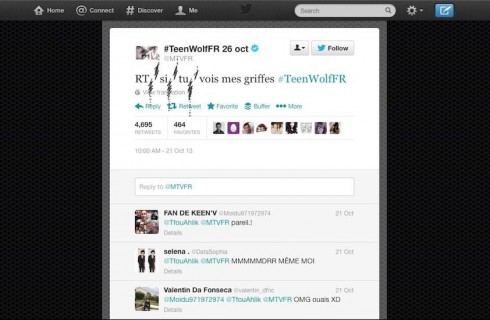 To promote the new season of Teen Wolf, which premiered October 26 in France, broadcaster MTV and agency Darewin teamed up to launch a hashtag-based Twitter campaign. The campaign took advantage of a Twitter bug which produces visual irregularities.

The Tweet contains the hashtag #TeenWolfFR and three cracks which appear to be the marks of a werewolf attack. The claw signature was integrated into the text of the Tweet and appeared on the MTV France Facebook page and in emails sent throughout the premiere week.

In the first 24 hours, the original Tweet by @MTVFR was retweeted more than 4,600 times in France and around 2,700 times in the US. 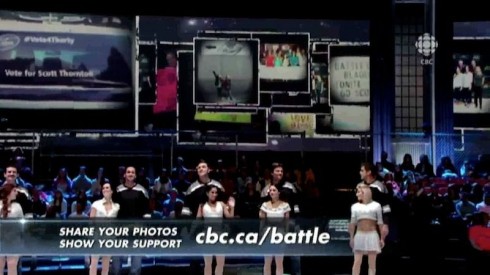 When the new season of the ice figure skating show Battle of the Blades premiered on CBC in fall 2013, the broadcaster introduced a new social featured as a key element of the voting process.

Fans at home are allowed to cast one vote. If they participated in various social challenges, they could earn extra votes. One of the challenges was uploading a picture or video to the show’s website for a chance to be featured on-air during the show’s scoring process: Each time, a variety of selected pictures were presented on large photo walls in the studio.

Photos could be submitted at http://cbc.ca/battle