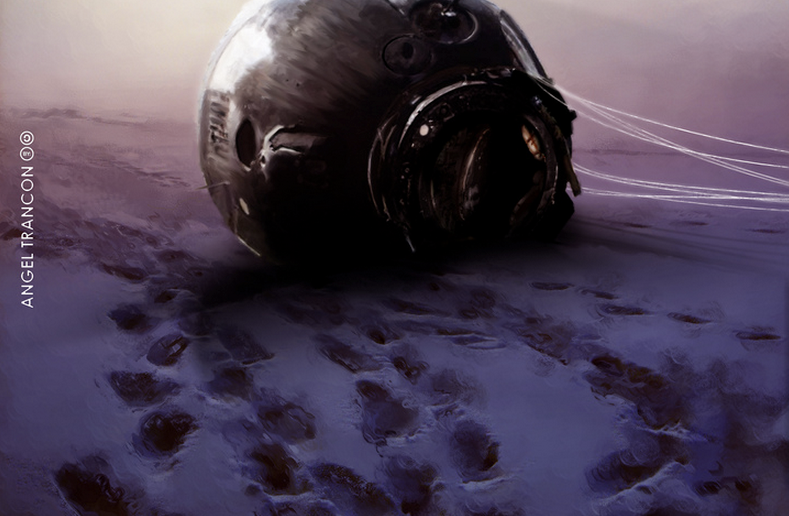 Simon Staffans: Is the Author an Endangered Species?

Has the crowd taken over the author's authority? MediaCity's Staffans offers three potential responses...
By Simon Staffans on September 9, 2013 0 Comments

Photo: What space do projects like The Cosmonaut, a Spanish film that involved thousands of co-producers, leave the the lone author ‘of old’? (photo via flickr)

In case you hadn’t noticed, the media world has evolved a little bit over the last decade or so. Or, technically speaking, it has. With regards to the audience, you might actually rather say that it’s on its way back to its roots.

I regard myself as an author, a creative and a developer. For a considerable amount of years, this role – which also could be the director, the script writer or some other, similar role – has been an authoritative role. The Author created, the Audience received. The Director directed, the Audience consumed. At times research departments perhaps asked the Audience for their opinions and preferences. Some adventurous creators went to the Audience and based their creations on these experiences.

Today, I might still be an author, but authoritative? This is no longer a given.

Before the rise of the Author as the harbringer of stories and experiences, storytelling was a community affair. The medieval theatre audience was an active part of any performance, supporting certain characters, opposing others, and voicing their opinions and preferences loudly and clearly – at times even throwing food at the actors. Similar behaviour is still apparent in, for instance, the Japanese Kabuki theatre, where actors can step out of their roles and interact with the audience, who get to respond.

Today, the signs are that other media are also moving back to this mindset. Now, though, we are no longer looking at an audience of a couple of hundred of people in a theatre, interacting for a set amount of time, a couple of hours at most. Rather, we are looking at a potentially global audience of hundreds of millions, interactive 24/7 for as long as they retain interest in the author’s creations. If the content is compelling, engaging, immersive and gains a following, the author will – sooner rather than later – also be looking at a host of very much unofficial co-creators popping up left and right, producing fan fiction, memes, spoof videos, mashups, social media content and so on.

Today, then, three main alternatives are apparent for authors, when faced with this flattering but potentially challenging situation:

1. Pay no heed. If you ignore the interactive and co-creating audience, you will probably be able to continue creating what you want to create, without having to bother your mind with unnecessary distractions. For some, this might be the only viable option. Don’t get me wrong, the end result might be just as stunning. But everyone involved is missing out on possible interaction that could enhance the end experience for author as well as audience.

EXAMPLES:
This could be anyone from authors with a capital “A” that wouldn’t dream of diluting their creations by involving the audience – think Woody Allen, Quentin Tarantino and other A-listers – to newcomers and smaller outfits that simply don’t have the skills or the resources to explore a shared-authorship direction.

2. Delegate. Acknowledging that people are fascinated by your creations is one thing, but to find the time to actually do something about it another matter altogether. The route many established authors choose – in all fields of media, not only TV or publishing – is to delegate the interaction to other people. Perhaps the community managers of a TV channel, or the social media managers of a publishing house; if you have access to such services, it might make sense to avail yourself of them to let you keep your peace of mind and your creative process free from outside influences.

EXAMPLES:
This is where you’ll find most of the productions around the world that have some money behind them, productions with enough funds for there to actually exist someone to delegate to. One example is J.K. Rowling and the Harry Potter franchise, which – after years of ignoring fan-fiction – opened up Pottermore as a first step into connecting interactively with the fans. Another example is True Blood, where Charlaine Harris’ books, translated into a great TV-success for HBO, have spawned a lot of interactive content for the audience, including webisodes and blogs.

3. Embrace. Some authors find that they thrive off of interaction, off of new influences, new ideas and new connections. Whether it’s an ego-trip or a genuine interest in what the fans have to say about your creations, if you feel inspired by exchanges such as these, embracing the interaction might be the best thing for you to do.

EXAMPLES:
This would include authors in the multiplatform and transmedia genre, where interaction is incorporated in the development process from the very start. An example is The Cosmonaut, the spanish sci-fi movie that had thousands of producers involved, innovating the financing as well as the development and production of the project. Another area to watch are the different crowdsourced projects, such as “TV by the People” (more about that from Armoza’s Daniel Ravner, here on MIPBlog).

As a final piece of advice for any creators, producers and authors reading this: try it yourself. Find a narrative, a story, a TV series, something, that resonates with you, that you can feel that ”yes, this is something I’d like to contribute to!”. Then try it out. Then, take those experiences with you, next time you create something, and apply them to your content and your strategies. Chances are, you’ll be pleasantly surprised.

Simon Staffans is a format developer for MediaCity Finland, and a frequent contributor to MIPBlog. Follow him on Twitter here!