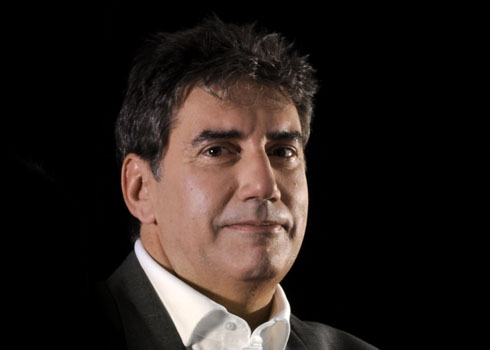 The world of media is changing. It is. Technological development is one of the leading components in this change, because it brings a multiplicity of screens and turns anyone who has a camera and internet access into a producer and distributor.

Anyone can now tell their story, from their point of view, and make it available to the public online in a matter of minutes.

This great screen boom, this explosion in content, undoubtedly brings with it a new challenge: how do we make our content stand out from the crowd?

This is an interesting question to ask ourselves now – and by now, I mean right now. It is time to rethink the rules of play.

Naturally, there is as always another side to this coin: new marketing opportunities and formats.

So I imagine you’ll be asking: how do I face up to these challenges and how do I make the most of these new opportunities? This is no doubt a question that is on the minds of all of us in this industry.

Segmentation is one way to make content stand out and reach the right audience. Construir TV, the first social channel dedicated to the world of construction workers, belonging to the Foundation for the Education of Construction Workers (UOCRA), and a result of the creation of TDT Argentina, is a great example of this new paradigm.

Generating a space where the workers’ faces, voices and concerns are available for the general public as a whole, provides quality entertainment with a social conscience.

Today this is possible in Argentina thanks to a government policy that encourages and supports the plurality of voices and understands national audiovisual media for what it really is: a booming industry with great prospects, channelling national talent and placing it at centre stage in the global vanguard.

But Construir.tv is just one example of Argentina’s TV innovation, both online and offline. Others include:

– Wideo.co, an online plaform for creating animated films, created by Agu de Marco within Argentina’s NextpLab. It allows you to create, edit, and share videos online for free. You can choose (or upload) images, backgrounds, and music to use in order to create your own online video and share it with the world. The company notably made it onto Mashable’s List of 5 Easy-to-Use Animation Tools for Beginners.

– dondequieras.tv is a non-linear platform offering  web series founded by Argentina’s Juan Lopez Salaberry. It’s a one-stop-shop for the best Spanish-speaking web series. Having built a wide distribution network, its content is accessible via computers, mobile devices and Smart TVs. By partnering with independent producers, the site aims to help develop the market for independent TV on the web.

– comenta.tv is a second screen service created by Argentine entrepreneur Juan Melano. It uses a proprietary algorithm to identify, index and aggregate all social media interactions around live TV shows into one single stream of comments in real time, so that users can experience the social TV while watching standard TV.

– un3.tv is the first university slot on Argentine DTT (Digital Terrestrial Television). It features independent web series, as well as innovative features, such as “Young Views”, which displays the most outstanding comments on the day’s programming.

The importance for Argentina in being Country of Honour at MIPCOM 2013 goes way beyond the simple fact of getting more exposure at one of the most important content markets in the world, and being the result of major innovations and investments made by the Argentine government in the audiovisual field.

The true significance of this achievement is the vital contribution to the structure necessary for Argentine content to stand out on this new international stage, which has clearly become the most important challenge for all of us. An opportunity that all of us who work in the industry can and must seize with both hands.

Here’s hoping everyone has a great market, and we’ll see you all in Cannes.

Ralph D. Haiek is strategy manager at Construir TV; partner at The Other Screen; and mentor at BAC – Film, TV and New Media School. More about Argentina, MIPCOM 2013’s Country of Honour, here…