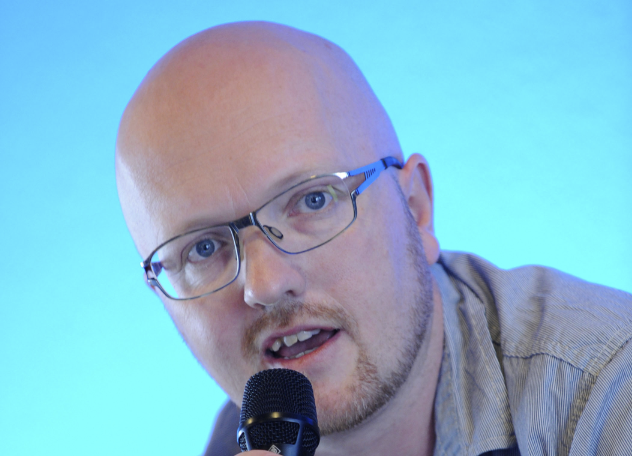 The word "transmedia" was hardly mentioned at MIPTV. Does this mean it's dead, or rather fully integrated in TV production?
By James Martin on May 6, 2013 0 Comments

Let me start by assuming something. I’m assuming that as you’re visiting MIPBlog, you have some sort of connection with the media industry. Moreover, you’re interested in where the industry as a whole is heading, what business opportunities lurk around the corner and what new ways of storytelling are on the rise. This leads me to assuming that you’ve also heard the term “transmedia” before.

I’m an avid believer in the powers of transmedia storytelling; fusing stories and story arcs through a common storyworld, to offer new entry points into the stories, new ways of interaction for the audience and new ways to monetise the content. I don’t believe these powers are going away anytime soon. What might be going away though, is the term by which they are called. At MIPTV a month ago I heard several voices from the TV industry confidently dismissing “transmedia” as no longer relevant.

So, is transmedia becoming a redundant term already? Will buyers and sellers and marketers and writers no longer have to care about such extravagances? Perhaps it’s still not really that simple. To be fair, the people I listened to and talked to who were dismissive of the term, were so mostly since they felt the media industry has already moved into a multiplatform territory, and the term, in their mind, was no longer necessary or even relevant for future use.

To get a second – and a third, and a fourth – opinion, I turned to the people who work with transmedia storytelling on a daily basis.

Jeff Gomez of Starlight Runner Entertainment has not observed such a trend, but rather sees a world where there is not nearly enough knowledge about transmedia:

“As Starlight Runner comes into greater contact with the corporate space and as we expand our teaching efforts globally, we are constantly shaken from the false impression that knowledge of transmedia practice is in any way ubiquitous. Though I’d be the first to celebrate mass acceptance, it is clear to me that the skill set [necessary]to do transmedia well is still very rare and that we are still in a phase of precedent setting rather than business as usual.”

Rob Pratten of Transmedia Storyteller and creator of transmedia narrative engine Conducttr is one of the people for whom transmedia actually is business as usual. His outlook is even more positive:

“I think the situation has improved actually. Transmedia is becoming more recognised as a term even if its meaning is different to different people 🙂 I’m using it more rather than less.”

Fresh from the successful Kickstarter campaign for the Lizzie Bennet Diaries (LBD) – an adaption of Pride and Prejudice, rolling out on YouTube in 100 short clips, averaging 300.000 viewers per clip – Jay Bushman thinks we’re in a transitional phase:

“I think transmedia is a transitional term, like kinescope or nickelodeon. It’s going to be replaced at some point. Or maybe it won’t be replaced, but people will come to regard it as a more general term and one that doesn’t necessary need to fit a specific set of criteria.  Right now, there’s too much debate over whether something “is or is not really transmedia.” As if a litmus test for transmedia-ness it important or useful. There’s much less arguement over whether something “is or is not television.” We all recognise television when we see it – even if it comes at us in new ways and new channels. And yet television is a similar word to transmedia, but we’ve come to associate it with a much larger set of things than just “something you can view from far away.””

Jay is doing his bit to aid the transition along; he acknowledges the strengths of traditional television as well:

“I think constantly about how to tell an LBD style story for traditional television. Everybody is so swept up lately in the Netflix “House Of Cards” model of releasing everything all at once, that I think many are missing the power of serialisation. Those pauses in between episodes or installments are the source of the power of a show, and the way that it can capture your imagination. “

Lizzie Bennet Diaries could serve as one example for the TV industry to look at when wonder whether transmedia storytelling has a value or not. The numbers are pretty impressive, as Jay explains:

“LBD had an average audience of 300k views per episode, and that was maintained all the way through 100 episodes. Even when in order to understand or care about episode 99, you needed to have watched all 98 that came before, we didn’t lose our audience. Anecdotally, we know that they stuck around because of the transmedia engagement in between the epsiodes made the show feel not like a series of individual epsiodes, but a single coherent experience.  But there are no metrics I can use right now to show how much a Twitter conversation between two charatcers on a Tuesday drives people to watch an audience on Thursday. But I know it works, and I’m looking for an opportunity to prove it on a larger scale.  LBD had a total audience of between 35 and 40 million – numbers that networks would kill for.  We can give it to them, if they’re willing to take a chance.”

So, is transmedia dead? Well, not as long as no better term comes along to explain the media world of today and the most complex ways of telling compelling stories using the technologies available. As soon as that happens though…