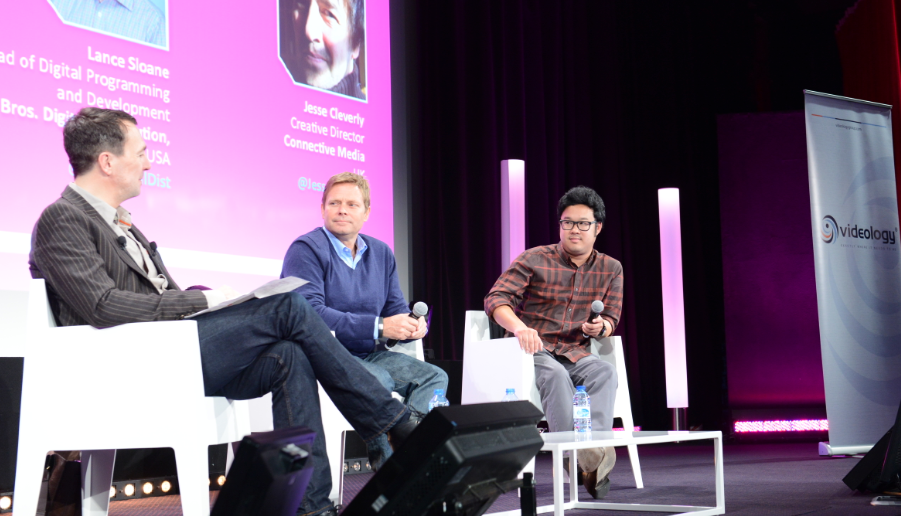 From the small screen to the big screen, a fan with a camera spins a cult story out of a cult game.
By Angela Natividad on April 8, 2013 1 Comment

Kevin Tancharoen, the pen behind web series Mortal Kombat: Legacy, soon to be a feature film, said his story began innocently. He’d created a short film over the weekend with a couple of friends. It was supposed to be his slightly cooler version of “ripomatics”, when a director cuts a bunch of films to demonstrate their tone and style.

“I decided to take the extra step and do the first 10 minutes of the film” he wanted to do, he explained.

“A lot of people think I’m lying when I say this, but it was accidentally published on YouTube,” Tancharoen laughed. “I just wanted to create a private link to get notes from my agent… but it was public. I wasn’t that savvy yet.”

Twitter started buzzing about it; at first, he thought someone else had beat him to creating a Mortal Kombat movie. Then he clicked on it, realised it was his own, and freaked out about the possible legal trouble he was bound to get into. By then, it had already generated 7 million views.

Lance Sloane, who’s been at Warner for 12 years, prefaced here by saying Warner is open and curious about playing with new forms of content and distribution.

“Tancharoen’s video came out,” Sloane recounted. “The piracy people were trying to figure out what to do. But this is the beauty of working with a flexible company: at 9am we watched this film that Kevin posted, and they were gonna go after him. By 4 in the afternoon we wanted to meet with him as a potential director for one of our other projects.”

Warner Bros.’ gaming division was working on a new release of the Mortal Kombat game at the time. They invited Tancharoen in.

“I thought I was gonna walk in, shake everyone’s hand, and get served. It turned out to be a nice surprise!” Tancharoen said.

Warner Bros. quickly canned the other projects they were considering for him, and put resources behind him for “Mortal Kombat: Legacy” on the web.

“This is somewhat of a new format. There is this sense of ‘hands off’, and that allowed me and the writers to approached what we loved from the video game from a fan perspective,” said Tancharoen.

“We said just let Kevin do his job,” said Sloane. “But we were still trying to set a price point. On Youtube there’s a spend you have to define based on CPM. I think we’ve done a good job.”

Sloane also said things are changing every day. “The advertisers are looking at it differently, planning their spend for the next 24 months, and they’re looking at this type of content.”

“You have to capture your viewer and tell a story in 10 minutes,” said Tancharoen. “It’s a very particular art form. You’re also fighting ADD nature online: I’ll be looking at another window 30 seconds in if I’m not into it.”

Cleverly asked if he thinks web series will one day replace cable. Tancharoen shrugged. “I watch a lot of digital content web series, not just on my laptop but on my home TV.”

But in the end, “every director wants to make a movie. That’s the goal from the start. But as I started getting into it, there were models that presented themselves that really interested me.”

The social crowd’s volatility was one. “The fanboy audience is an audience you simply can’t please. They love to hate… but they also love to watch,” said Tancharoen.

“The craziest thing was that people liked it,” Sloane added. “That’s what led to discussion about the feature.”

The feature film had always been something they’d pushed, but WB kept pushing back. When the executive team saw how well the series was faring on YouTube, they expedited the project.

“I definitely think this fanbase wants to experience Mortal Kombat on a larger scale because they lived the slow burn with me for the past 2.5 years,” said Tancharoen. “So to live the end with me is something people will be looking at under the magnifying glass. As nerve wracking as it is, it’s a question of making everything better.”

“The opportunities are endless,” Sloane added. “For us in the digital unit, having a dotted line to maximise distribution opportunities, I hope we stay in that mode. Our company leadership is supportive, and that is awesome: to make these things but still be our own group.”

He revealed that digital’s also bled into other departments: they talk to television, and are also considering releasing a 13-hour series on Netflix, like “House of Cards.”

“That’s what I love: it breaks barriers. It’s phenomenal to see the power of organic collaboration.”

“How amazing to have 65M views to your name and a group of people who love to hate but love to watch: people who accept you as one of them,” Cleverly marveled.

“To a big degree, I am one of them,” said Tancharoen. “I just picked up a camera.”

Here’s the trailer of Legacy’s second season, shown at today’s panel. Get over here!