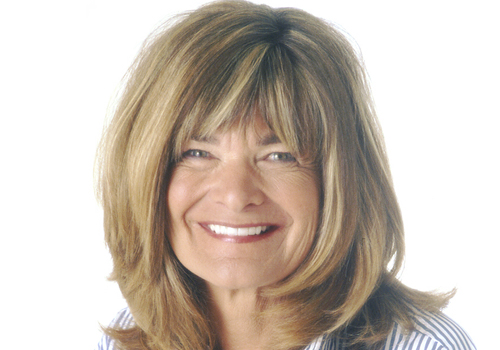 Mickey Rogers: The 3 keys to a successful Fiction Pitch

At MIPTV, time is limited. So you need to have your drama pitch down cold when you are meeting buyers.

First, make sure that they are the right buyers for your programme. Do they have shows on their channel that are like the one you are about to pitch? Have you read in the trades they are changing their direction directly into the genre you are writing? If so, perfect.

After that, there are three main ingredients for pitching fiction – the enticing logline, the compelling characters and the concept or the story.

With fiction, you need to have a compelling logline or headline – your television guide one liner as to what this show is about. Easy to say and at times, harder to distill into one sentence.  You need to keep working until you can indeed do that.

Here’s my formula for a logline: (title) is a (genre) about (protagonist) who must (goal) or else (opposition).

So Netflix’s House of Cards’ logline would be: “It’s a dramatic political thriller about a manipulative congressman who loves working the levers of power but craves more, so will betray and kill to get it.” (Get in touch if you’d like a logline worksheet!)

If the drama is based on a book — ideally a best-seller, or one that has a great number of fans — make sure that you say that close to the top of your pitch. There’s nothing like a well-developed franchise or a dedicated fanbase to tempt buyers.

The heart of any drama is compelling people. They are what make you watch addictively.  Each character needs both clarity and complexity and has traits, which resonate with us. We need to know their motivations and goals for the arc of the series. For instance, in Mad Men, Don Draper’s identity is based on a lie, but he’s constantly searching for integrity. Or the cringeworthy Pete Campbell does anything to get ahead and get his way. We can recognise ourselves in both of those characters — not terribly appealing sometimes, I admit — but human.

The relationships between each of the unique characters play off of each other with greater emotional investment on the part of the viewer.

If you have certain actors in mind for roles, that can be helpful to give the buyer a better idea of how the character will develop.

It goes without saying that the story needs to be unique.  Given that it is a drama, the world you are creating needs to be filled with conflicts. That’s why there are so many programmes on the law, police and medicine. Those are natural areas of conflict or the grey area between right and wrong.

When you are pitching, you need to outline the struggles and skirmishes you have created in the world. The clashes can be interpersonal, workplace or on a more global struggle and quest, like in Game of Thrones. If it is science fiction or fantasy inparticular, your world needs to have very clear rules, so that it is easy to follow.

Keep it simple. Wherever possible use visual images to help the buyers imagine the story. Rehearse your pitch until you feel you know it in a natural way. Ideally, that’s what you want: a conversation where the buyers are adding thoughts to your ideas. We all get enthused about hearing a good story; we have for thousands of years.

The pitch is just the appetiser of a long dramatic feast.  If the buyers are excited and want more, follow up with your treatment, bible or scripts.  Good luck!

Mickey Rogers is an executive producer, coach and author of pitching book, From Start to Screen. She can be reached at www.mrogersmedia.com