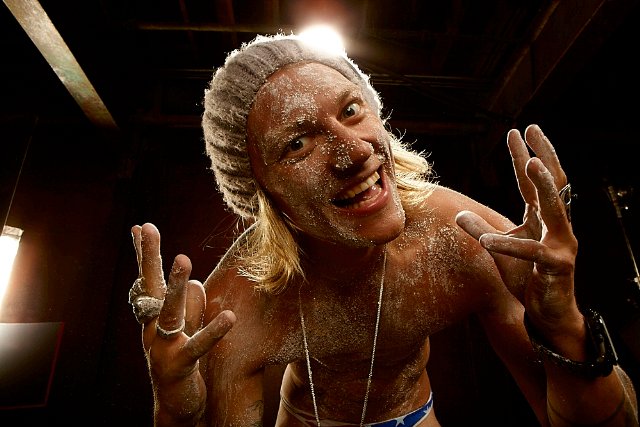 Jukka Hilden is director of global partnerships at Rabbit Films Ltd. The company has produced several seasons of its show, The Dudesons, for international broadcasters; Dudesons In America for MTV USA in partnership with Dickhouse Entertainment; Madventures for Travel Channel; and Kill Arman internationally. Rabbit’s latest format, called Rockstar Home Invasion has won the European Pitch Competition, and Format Finlandia. Rabbit Films has created content for a variety of platforms, with one goal in mind: saving this world from boredom.

MIPBlog: What motivates you to produce videos and post them online?

Jukka Hilden: Most of all, creative freedom! Also, not being limited to a certain format, number or length of episodes or partners you can work with.  YouTube is a great platform to test new projects. The production schedule is up to you, and you get immediate feedback from your audience.

You also reach a global audience, and it’s the only distribution platform at the moment that really works on mobile phones, pads, laptops, smart TVs etc. Rabbit Films is a pretty edgy production company as well, so digital platforms work great in our mission to spread “positive anarchy” into this world!

> How are you/your productions financed? By brands, for example?

We either finance the shows ourselves to build a loyal subscriber base for our channel, or work with brands and design unique show ideas around their technology, brand image or something totally ballsy and fun we want to do. The main rule being that you have to have the utmost respect for your audience when bringing in a brand!

For example we just created a show called Follow the leader, where the Dudesons get sent a task which they have to complete straight away, no matter where they are or what they are doing. We found a Finnish company called Jongla to provide the technology for an essential element of the show – group messaging.

We’ve also done few projects with YouTube networks like Nerdist – Which is great, since there is at least a little bit of money for producing original programming. Nerdist know their audience, so you can target something specifically at them. Here’s a video we did for Nerdist channel, about sneaking into Angry birds headquarters in Finland:

Producing and publishing is way faster, the fans/audience are closer to you with the social media element being there, and there’s no country restrictions. It’s great to see that the TV industry understands that content for digital platforms has to be separately designed instead of just posting back-catalogue television content into that space.

I love the “call to action” element in YouTube shows, and we try to engage our audience as much as we can by letting them decide the results of certain actions in our shows, and get them to participate in planning what happens next.

Working closely together with TV networks and honouring both traditional TV and digital content by combining footage from TV shows with specifically created digital content woud be a great way to build up the entertainment brand and create the next global phenomenon.

By insisting on owning all the output around a TV show, many broadcasters and distributors end up cock-blocking producers who want to build the brand of their content online by using behind-the-scenes footage, bloopers, even online spin-offs to create a loyal audience. I’d like to see a more complimentary relationship, that allows producers more freedom.

>What do you make of ‘new’ channels like Machinima or Maker Studios on YouTube? Are they the future for on-line producers, or just one outlet among many?

They’ve done a great job of finding their audiences and helping channels grow within their networks. I’m looking forward to working with them. You gotta be careful with your rights though 🙂

Hilden is one of MIPTV’s online producer ambassadors, more of whom will be posting here on MIPBlog and elsewhere, in the run-up to MIPTV 2013. Watch this space! And be sure to check out all our online producer-focused posts, here.