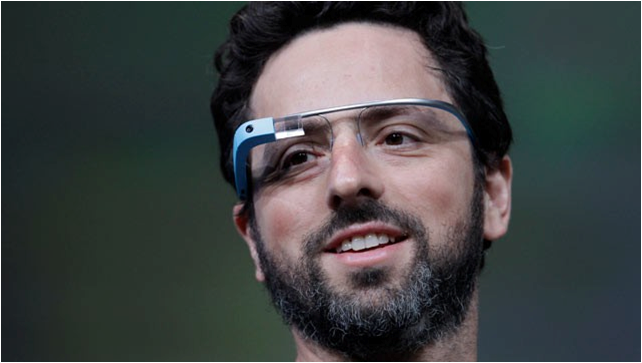 Jason Mitchell: What Google Glass could mean for TV

In recent weeks Google has been out in full force showing off Glass, their new wearable computing device that looks like a futuristic pair of glasses.

The device, which Google hopes might be on sale later this year, has four major elements:

– a small display, which is visible in the corner of the user’s vision

– a camera which can record video and take pictures

The idea is you will be able to access and interact with all kinds of information within your field of vision – that could be basic things like receiving or composing a text message, through to getting travel directions or finding relevant restaurant recommendations.

The killer application is the camera, which will be able to record in 720p HD. Rather than framing and taking pictures with a smartphone or digital SLR, Glass will record video in first person perspective when prompted by the user, capturing the moment just as the user experienced it first hand.

You can see a video mock-up of the experience of wearing Glass here:

You’re probably wondering why this matters for TV, right?

Well I think, if it takes off, Glass could not only create a new wave of user generated content, but a whole new aesthetic that could easily seep into the way we make and experience television. Just as mobile phone footage and web-cam ‘diary’ footage/video calling have become common narrative tools in TV, Glass could kick off a new “point of view” aesthetic that allows us to experience personal journeys through the gaze of the first person.

It could become a really powerful way of experiencing the lives of real people in our shows – from profound moments like the birth of child in One Born Every Minute, to the nerve-wracking experiences of contestants on shows like The Voice. It’s not that we can’t do this right now with cameras like the GoPro; it’s about the normalisation of this kind of video.

I admit right now watching this kind of footage can make you feel slightly sea-sick, but as this technology becomes better and more common, it could feel quite normal as well as looking quite beautiful. Look back to the ‘shaky cam’ aesthetic that MTV kickstarted, but which is now common across all genres or TV and film. That wasn’t so much of a stylistic choice, but a result of new portable cameras operated by junior staff who couldn’t hold a shot still. This, in many ways, is the aesthetic followed from how ordinary non-professionals were capturing video at home at the time.

I’d argue that in a couple of years if Facebook, Twitter and YouTube is filled with video in first person perspective won’t it be weird experiencing stories in the third person? Maybe that’s a step too far, but the first person could certainly be an exciting new tool for TV professionals.

Of course, Glass is just another evolution in video, and many of the most exciting startups right now are the ones that are using videos in new but simple ways, like vine which is taking ‘quick cutting’ to a whole new level as people create videos that are no more than 6 seconds long (basically twitter for video), or viddy and socialcam which allow people to apply simple filters and graphics (instagram for video).

Whatever happens with these new services and products, it’s certain that there is not only going to be more content out there to play with, but entirely new aesthetics to reflect people’s lives; and enhance our shows.

Jason Mitchell is the founder and Creative Director of The Connected Set, a multiplatform production company based in London, which has notably won MIPTV/MIPCube’s Content 360 competition for the past two years running. The Connected Set design and build digital products and formats for the broadcast TV and cultural sectors. Mitchell is one of MIPTV’s online producer ambassadors, more of whom will be posting here on MIPBlog and elsewhere, in the run-up to MIPTV 2013. Watch this space! And be sure to check out all our online producer-focused posts, here.