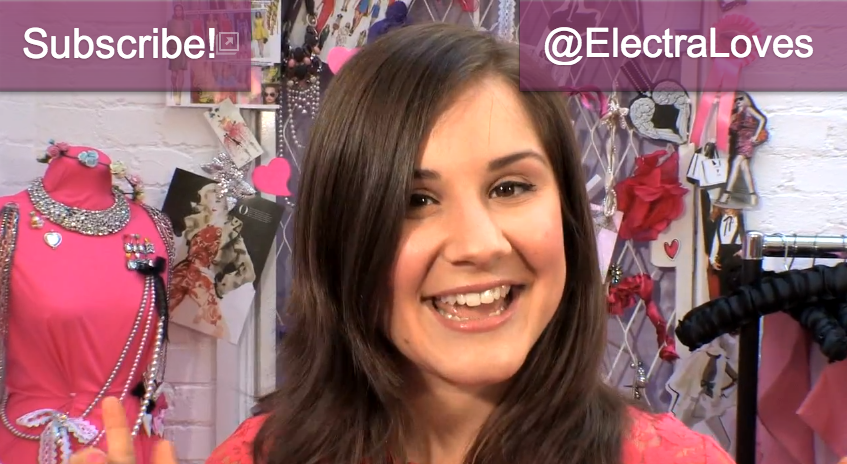 How TV producers like All3Media are taking full advantage of YouTube Channels
By Mike Dicks on February 13, 2013 3 Comments

Walking into Google’s new UK head quarters in central London, you are struck by the oozing Cupertino coolness of it all. Round, eight-way table tennis tables are placed throughout the clean open spaces, as you walk across a floor dotted with computer monitors and you are guided past the work-pods intermittently populated by earnest geeks who are probably writing a business plan to disrupt one or another traditional market.

Steeping out of the computer controlled elevator onto the YouTube floor, there opens up a warren of primary coloured Google doors and corridors that feel like they could lead you to anywhere on the internet. And then, as you turn a bright red corner, a familiar sight, a tightly packed, well-lit TV studio, a couple of edit suites and a group of enthusiastic twenty-something’s clutching iPads, phones and clipboards as they set up lights and cameras that point at a charismatic presenter dressed in a spacesuit who is about to start a live transmission in which he’ll link up with the European Space Station and ask the astronauts how they go to the toilet in space.

It could easily be a Saturday morning at BBC television centre, or any day at MTV’s old Camden Lock studios. There is a buzz of excitement about the place, a feeling that anything could happen and a palpable sense of fun that reminds me of the heady days of launching a local cable television channel in the 90’s, or what it must have been like to be launching Tiswas in the 80’s or even switching on the first TV transmitters and going live from Alexandra Palace in the 1930’s.

I’m here to meet a friend who joined Google to get some tips for producers on how to get the best out of Youtube, but I have to ask her why YouTube have studios –“ I didn’t think you guys made content?” – “we don’t” she replies. “These are some of our startups, Youtube stars, we’re just giving them access to some facilities and our partner relationships to make their stuff”

So, with Youtube investing in startup channels, and this TV studio in central London, are we seeing the start of the disruption, or rather the expansion of the TV market?

For those of you who haven’t been following YouTube’s love-hate relationship with television, it’s probably worth looking back a bit.

Since Youtube started in 2005, there has been a steadily rising chorus from the digital community that television as we know it is dead, or at least that the barbarians were at the door of television and its glory days were numbered. Under closer scrutiny that seemed unlikely. YouTube was certainly different from TV, but no-one believed that audiences would become so dumb that they would swap their favourite half-hour soap opera on ITV for an endless stream of 30 second digitised clips of cats on pianos and pratfalls off skateboards.

But YouTube has been changing. There is much more long-form content on the site now, much of it is in HD and some of it is spectacular and is delivering massive audiences. Take for example the recent Felix Baumgartner film of his 39,000m freefall or the controversial Kony 2012, a 30 minute documentary about Uganda. Both these films can count tens of millions of viewers; and whatever you think of the producers and their motives, they are well made. And the concept of channels has grown, with operations like Machinima and Vevo attracting audiences in the tens of millions.

Roll forward to 2010, and I’m part of the audience in a large Edinburgh theatre listening to Eric Schmidt, the then CEO of Google, YouTube’s parent company,  as he outlined his vision for how TV and the internet could become friend in his  McTaggart Lecture, reassuring us all that “if you gave people at Google free rein to produce TV, you’d end up with a lot of bad Sci-fi…” and encouraging the television business to see YouTube as a tool for experimentation, piloting, talent-spotting and, more importantly, making money. Schmidt suggested that “The onus is thus on you as producers and managers to develop business models that work in the digital age.”

A year later and it was Elisabeth Murdoch, the chairman of Shine — and director of the family business, News International — who took to the same stage to press the case for producers to ignore the YouTube generation at their peril, saying that the new Youtube stars were “.. creat(ing) a community that was crying out to belong, but wasn’t or couldn’t be catered for in the mainstream media of the day.”

Both speeches reflected the rising trend of ‘Youtube Stars’: a new breed of start-up talent that is producing, distributing and making money from their own Youtube channels.

Having started supporting these emerging channels in the US, YouTube announced, at last years MIPCOM, that they were investing in a slate of European companies’ content, some produced by old media companies like BBC Worldwide and All3media, as well as by some by YouTube stars.

Which brings us to this week, and the latest development that sees Google announcing the introduction of paid- for Subscription Channels, hoping to get the audience to pay between a $1 and $5 a month to watch exclusive new content.

Increasingly, it looks like Google is shaping up Youtube to take its place amongst the cable, satellite and terrestrial broadcasters as a platform for Channels. So, is it time for producers to start launching their own channels?

My friend at Google obviously says YES, but she would, wouldn’t she?  So I took a walk from her office to talk to Andy Taylor the commercial director at All3media, who has launched nearly 60 YouTube channels, two of which have attracted investment from Google.

All3media’s channels range from clip channels for their popular shows like The Only Way is Essex and Skins and a handful of YouTube exclusive channels such as Electra Loves . Andy explains that as a content aggregator, All3 are ideally placed to create channels to support their popular shows as they can cross promote content between each channel. “I’m not sure a single producer can do that” he adds; “so it makes sense to work with an aggregator for these channels.”

“It’s early days” says Taylor “as far as YouTube exclusive channels are concerned” describing them as being “similar to radio, rather than television” and adding that “you need a kind of startup culture, working with your subscribers like they are customers, to develop the channel together.”

Andy is pragmatic but enthusiastic about the potential to make money from original channels. “There is a lot of learning going on, but it makes sense for us to be there early, as there is a chance we could grow the next Food Network or MTV there.”

Coming soon on MIPBlog: part two of this post, in which Mike gets the broadcaster’s view from Channel 4’s head of digital; and talks to Maverick’s Dan Jones, producer of YouTube series like Electra Loves for All3Media.

This is the latest in a series of posts on how TV producers can make the most out of digital, by production consultant Mike Dicks, of digital entertainment consultancy Descience. Dicks was formerly head of digital for UK independent producers’ association Pact. You can follow him on Twitter here.