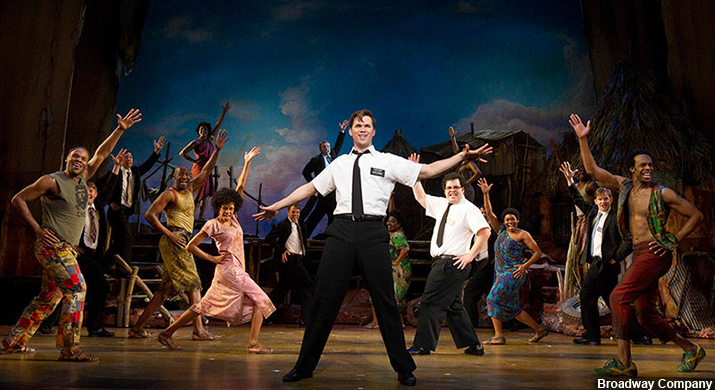 Our latest digest of the past weeks' hottest news stories, as curated via our scoop.it web magazines.
By James Martin on January 21, 2013 0 Comments

Photo: Is The Book of Mormon, Stone & Parker’s Broadway musical, about to become a feature film? See below…

Beyond all the talk and hype around social TV, Twitter decided to set the record straight with its own, in-depth study of how exactly British people use the service when watching TV. The results, revealed by The Appside, are pretty impressive. 40% of all British Twitter traffic at peak time is about TV, and 60% of Twitter’s 10m active users in the UK use the service while watching TV, no less. If you read just one thing this week, make sure it’s the “Tune in with Twitter” report. It’s that good!

Yet more suprising was the news that South Park creators Trey Stone and Matt Parker have created their own studio, as THR reported. Called Important Studios, it will notably allow the ever-controversial duo to make a movie of The Book of Mormon, their successful Broadway musical (photo). “Having worked with several different studios over the years, we came to realize that our favorite people in the world are ourselves,” the duo told the New York Times.

Meanwhile, major studio Universal rolled on regardless: Universal Pictures renewed its domestic output deal with HBO, keeping is films supplied to the premium cable service for several more years; and Amazon’s LoveFilm got one up on Netflix by securing NBCUniversal’s TV shows, including The Office, 30 Rock and Community, on the streaming and rental service.

More good news for streaming came as a report from Strand Consult said the rise of services like Netflix will lead to declines in web piracy this year, according to C21. “BitTorrent has 22% of all of European traffic, but in North America, just 10%.” said the report. “BitTorrent’s traffic is likely to fall as Netflix and cable companies step it up in Europe in 2013.”

The US-based streaming giant should also see its growth boosted in 2013 as Netflix has finally obtained legal clearance to let its users share their activity on Facebook and other social networks, reported CNET.

Another streaming platform took a blow, however, as Jason Kilar, Hulu‘s CEO for the past five years and very much credited with the platform’s success, said he would resign late March, said THR.

Meanwhile, the biggest video streaming platform of all — YouTube — was at the centre of a storm when, as Techdirt put it, Lionsgate censored a “Remix Video That The Copyright Office Itself Used As An Example Of Fair Use.” The post in question is long, but well worth a read for anyone keen to understand where online copyright protection is going (hint: it’s not very clear…)

Last but not least, remember TiVo? CEO Tom Rogers is not about to let us forget the pioneering set-top box company. As an investor conference coinciding with electronics show CES, he claimed tech companies have created “more chaos” for the TV-viewing consumer. “Connecting more internet devices to TV sets isn’t hard, he said, but simplifying the consumer experience is, and that’s what his company does best,” wrote THR.

So as TV manufacturers in Las Vegas failed to excite many with their 4 & 8K sets and others kept on about 2screen, Rogers’ “keep it simple” message made quite a refreshing change. That is, until the next big thing…