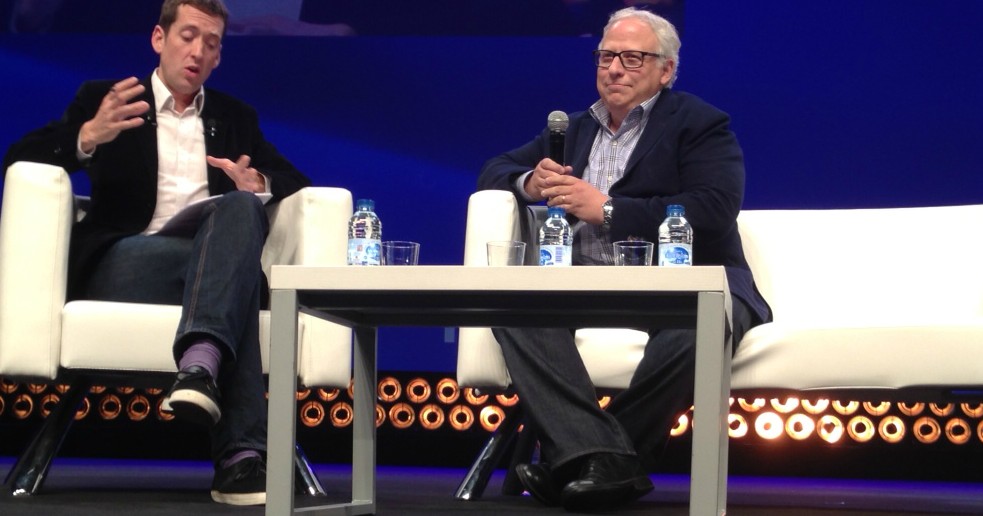 Executive producer explains some of the secrets behind the US crime series
By Stuart Dredge on October 9, 2012 0 Comments

US police procedural drama NCIS is currently in its 10th season, having been voted America’s favourite television show in 2011 in a Harris Interactive poll. Executive producer Gary Glasberg took to the MIPCOM stage this afternoon for a masterclass session, having started on the show in 2009.

“It’s interesting to come in at a time like that, when there’s the old saying ‘if it ain’t broke, don’t fix it’, and you wanna keep things on track, but at the same time bring your own voice to it,” said Glasberg. “My intention is never to come in and turn it into the way I do things. It’s to take the things that are working, and make it better.”

Ratings have increased, regularly attracting 19-20m viewers when episodes first air. Glasberg said that the show airs on USA Network in the US a lot – “it’s on there quite a bit, and there’s a belief that new viewers found it in reruns on USA, and that brought them back: they decided to try the show on CBS. Having it rerun as much, and the success that it’s had on USA, has helped us tremendously.”

So cable TV is driving viewers back to broadcast, rather than cannibalising it – a notion that Glasberg agreed strongly with.

Glasberg also described NCIS as “comfort food for a lot of people… they come home from work, and we provide not only a complex crime story that has all the bits and pieces that go along with it forensically, but we also like to make people laugh and touch the heart and pathos… I like to think that’s what separates our show from the others.”

He noted that NCIS has a “tremendous” international audience. One reason he’s here at MIPCOM is to gauge attitudes towards the show from non-US countries, even though he’s in mid-production. “I knew when this was going to happen, and I planned my scripts accordingly!”

Glasberg was asked if there will be more cross-pollination with NCIS: Los Angeles in the future. “They’re definitely all under the same umbrella, but we’re very different kinds of shows, stylistically and the kind of stories that we tell,” he said.

Is there scope for more spin-offs? “There are certainly opportunities. The stories are endless,” said Glasberg. “You can do everything from a murder story to a domestic abuse story to a terrorism story, and it all falls under the guidelines of NCIS.”

He talked about the structure of the show, which tends to start each season with a cliffhanger from the series before. Glasberg also talked about his love of including “cookies” in the show – “little threads that I leave dangling… you can literally throw a line out there and then come back to it nine episodes later, and the audience embraces it.”

NCIS hasn’t received as many awards as some shows, despite its popularity. “I find it frustrating for the actors, because I”m blessed with such a fantastic cast that I wold love for them to get a little bit of that recognition,” he said.

“At the same time, honestly it’s an award to know we’re reaching the people that we are on a weekly basis. To know that in this market, this world in the States alone with DVR numbers, I’m reaching 23m people is crazy.”

But why hasn’t NCIS got more gongs? “Network television… It’s a different approach to storytelling,” said Glasberg. “One of the joys of working in the cable business is having time to write scripts differently to what you do in network television. When I write scripts, it’s to a schedule… You just wanna keep the machine going. It’s a very tricky thing, I have a show in production every eight days, and you have to meet that.”

Glasberg explained that there’s a theme for the show’s tenth season: “fallen heroes… and getting yourself back on your feet and rising from the ashes… It’s fun to come up with a theme that allows the writers to focus on a specific area of storytelling.”

Will it stretch out indefinitely, or do all shows have a natural life cycle? Glasberg said he recognises that “this show is an anomaly right now” in terms of its success, 10 seasons in. But he said the momentum and energy in the writer’s room shows that the series has plenty of legs left in it.

Does he like to connect with fans through social media and digital content? “NCIS fans are unbelievable, it’s the most dedicated fanbase I’ve ever dealt with on a television show” he said. “We have 16m friends on our Facebook page. The tweeting that goes on… and I’ll try something in a story, and I very quickly hear from the fanbase whether it works or not. We do try to pay attention as much as we can.”