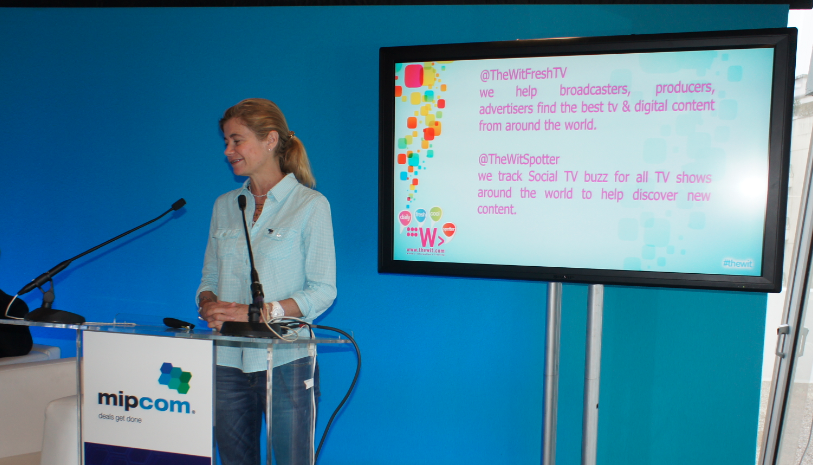 The WIT's Virginia Mouseler is back, this time to share countless social TV performance stats!
By Angela Natividad on October 11, 2012 1 Comment

On MIPCOM’s last day, The WIT‘s Virginia Mouseler opened for Social TV Boot Camp with the “social TV” variant of her beloved Fresh TV segment. Here’s what she gave us.

5. Locally rooted drama
The best-performing shows in each category were ranked by engagement (typically comments), since sheer volume would not be useful. (The US would inevitably win because of audience size alone.)

Here are the top shows per category.

44.4% of comments made on social TV go to talent shows, even though they only represent 3.11% of all shows measured. Their premieres get 30,769 comments on average. New show premieres across the board tend to average 2154. The best-performing shows:

– The Shire, Australia – 3rd most-commented premiere of 2012 in the country

– The GC, New Zealand – the 2nd most-commented premiere of 2012 in the country

In general, Jersey Shore and its direct variants are also popular in the world:

And that, as they say, was a wrap!