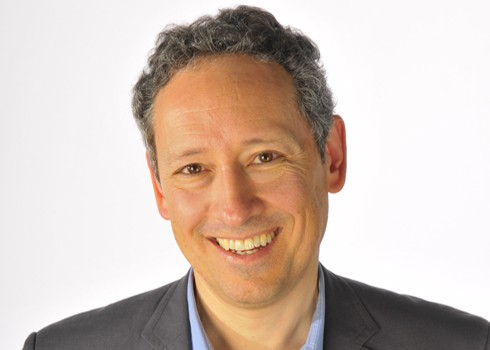 Allan Novak: Canadians at MIPCOM: How to Score with One

Canada is this MIPCOM's Country of Honour. AllScreen Entertainment's Novak knows how to connect with his compatriots!
By Allan Novak on October 8, 2012 0 Comments

As a Canadian at MIPCOM 2012, there’s going to be a little extra bounce in my step because this year we are the Country of Honour.  With this warm spotlight shining down at us, we’re expecting a little more attention than usual from prospective buyers, sellers and partners. You might say, at this market, we’re like the pretty girls at the party.

But if you’re going to make it with a hottie like us you have to know the ground rules. We’re not ‘easy’ and frankly we have some baggage.

Here then are 5 things I think a TV suitor needs to know in order to ‘make it’ with a Canadian at MIPCOM.

1)    Don’t pitch us shows that depend on celebrities – it brings up bad feelings.

English Canada has turned out some of the biggest stars in the world. Jim Carrey, Mike Myers Ryan Reynolds, Kiefer Sutherland and five hundred other show-biz virgins came of age here. But in spite of being their first love, they tended to love us and leave us for the seductive charms of Hollywood.  Sure, we have domestic stars that stayed loyal, but like a husband of 25 years, we take them for granted. They’re always around. We still pine for our famous ‘ex-es’ and wish they’d come home — even for one little series. We live with the fact that they’re on life #2 and wife #3, and they’re not coming back. I know, I know, their kids are American citizens, it’s too cold up here, blah blah blah. Can we just not talk about celebrities ???

When trying to sell us factual formats, remember that we are fair-minded, decent and nice, so keep it ‘above the belt’.  Shows that involves cruel deception, treachery, violence or greed will be a hard sell to Canadians. Of course sometimes we enjoy shows like “Jersey Shore” and “Honey Boo-Boo” but prefer Americans be the ones embarrassing themselves – it’s nice to feel superior sometimes. We’re like the quiet ones at the party watching the drunks get rowdy. Of course we secretly wish we could let loose like they do.

3) We love to chat and play games, but not on the telly.

Canada has some of the best “soft money” subsidies and tax credits in the world, but not all genres are eligible for this funding. So if you pitch us an ambitious game show or talk/panel show format, be prepared for disappointment because the big money’s not there. Bringing a pitch for an expensive game show to a Canadian is like bringing a vegan to a steakhouse. We’re ordering the salad.

Whether it’s the seductive accents, cool glasses or the cute appliances, Canadians have a soft spot for Europeans. Maybe it’s because our grandparents were French and English or that we’re all not Americans. You’ll get to first base with us because we really like the way you dress — although we’re often not sure if you guys are gay, or just fashionable (although in Canada anyone can marry anyone so, whatever).

Casting reality and factual series in Canada is hard. TV loves noisy, larger than life unfiltered people and for the most part, that’s not who we are. One of our secrets is, when we’re desperate, we sometimes quietly cross the border and shoot some Americans.  We give them makeovers, redecorate their houses and fix their broken restaurants. We just ‘forget’ to mention our location. Of course recently  The Real Housewives of Vancouver have appeared on the scene.  Uh oh, new girls in town.

Got the picture?  We in English Canada are enthusiastic, willing and able partners, particularly if you approach us with respect and cultural sensitivity. Of course if you want to ‘make it’ with our French sisters, it’s a whole different story.

With her exotic language, swinging joie de vivre lifestyle and supported by the same generous government and industry subsidies, she’s her own woman.  Of course her life is not perfect either… both Celine Dion and Cirque du Soleil dumped her and moved to Vegas ten years ago.

Allan Novak is a Toronto-based creator and producer who contributes regularly to MIPBlog. He’s at MIPCOM 2012 with a hilarious real-world doc series about the world’s only all-nude news news show – The Naked News. Find him and ask to see the clip. Follow him on Twitter here!