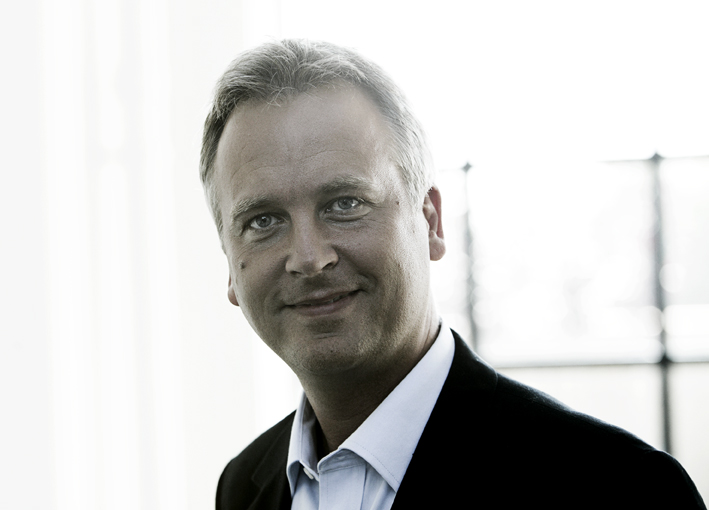 With MIPCOM just around the corner, broadcasters and production companies alike are scouring the globe, trying to find the next big thing to put on air. In a multiplatform world infused with social media, this is a task that is becoming more and more difficult to pull off, as the variables increase, and audience behaviour becomes more difficult to predict.

In the Nordic region, the TV and format industry is booming; teeming with creativity and offering some of the more original formats out there. Johan Westman, CEO at Acne TV in Sweden, sees a clear strength in the local demand, leading to incresed creative output:

“My feeling is that the demand for local content is very strong. We have not yet seen any major decline in that demand, even though we are in the midst of a European economy crisis. For instance, if you look at the ad market in Sweden, it is still very strong. A real strength in the Nordic region is the high level of creativity; this is to some extent hampered by the low number of broadcasters – i.e. customers.”

“The ultimate biggest strength in the Nordic region is our creative producers who time after time come up with new exciting ideas and who produce high-end television on a shoestring budget.”

This skill is not always a boon though, according to Jan Salling. Even though spending on local formats is higher than ever, broadcasters expect to get still more out of the deals:

“The Nordic broadcasters have never spent as much money on local production as they do today. In some places we’ve seen increases of up to 25-30% compared to 2011. But at the same time the broadcasters also want more content for their money. This means that the producers are really busy delivering a lot of shows, but still having a hard time making money. Hopefully this will stabilise soon, when the broadcasters realise that financially healthy production companies are good for creativity and for production security – and in that way also a better long term return on investment for the broadcasters.”

From the point of view of a broadcaster, the scene looks even more challenging. Says Pete Paavolainen of MTV3:

“I believe that the Nordic television market is in a big transition right now, both when it comes to the broadcast branch, as well as the production/distribution branch. Firstly, on the broadcasters’ side, the market is getting more competitive and more saturated than ever before. Smaller channels and niche channels are eating ratings from the bigger channels and new players like Fox, HBO or Netflix are entering the market. At the same time the market size remains very small – it is going to be the survival of the fittest for the Nordic broadcasters for next few years. At the same time, on the production/distribution field, the next few years are going to be a time of growth and prosperity – if you play your cards right. More distribution channels means more productions and more back catalogue sales. At the same time, the Nordic region is still one of the hot spots in the global format business, even though “the big ideas” still remain to be seen. But we have to remember that the Nordic format distribution turnover is still somewhere between €5 -15 million annually, depending how you count it. Compared with the global format distribution turnover of over €3 billion, there is still much work to do.”

Still, with most agreeing on there being a considerable amount of creativity among Nordic production companies, what’s really stopping the Nordic format and television market from growing even more, into a stronger global force? According to Pete Paavolainen, a change of direction might be necessary:

“For format distribution, it is a genre problem. The Nordic production companies and format developers are still focusing too much on small social change factual formats, and too little on big entertainment formats.”

One area where the Nordic countries are traditionally strong is the direction towards using new technologies and new platforms to tie into new kinds of audience behaviour. Both Westman and Salling believe that online and multiplatform formats and shows are the future, especially when it comes to developing new business models.
There’s no denying it though, the Nordic production companies are churning out a fair share of interesting formats. Which ones should buyers look at ahead of MIPCOM? Says Acne’s Westman:

“What we can clearly see is that in Sweden we have less and less interest in talent-driven gameshows like Idol and X-factor. On the format side, there is a lot of buzz around the Friday TV cooking format Kockarnas Kamp, which started well on TV4 in Sweden.

Salling has his own favourites:

“Our hottest properties right now are the award winning Rockstar Home Invasion, from Rabbit Films in Finland, as well as Babes on a Bus, but there are also others such as Ultimate Entertainer, from Norway’s Monster company.”

So, it’s looking like it’s not only Winter that is Coming. It might just bring some super-hot formats from the North with it!

Simon Staffans is a format developer for MediaCity Finland, and a regular contributor to MIPBlog. He speaks on the MIPCOM Wrap Up panel, April 11.