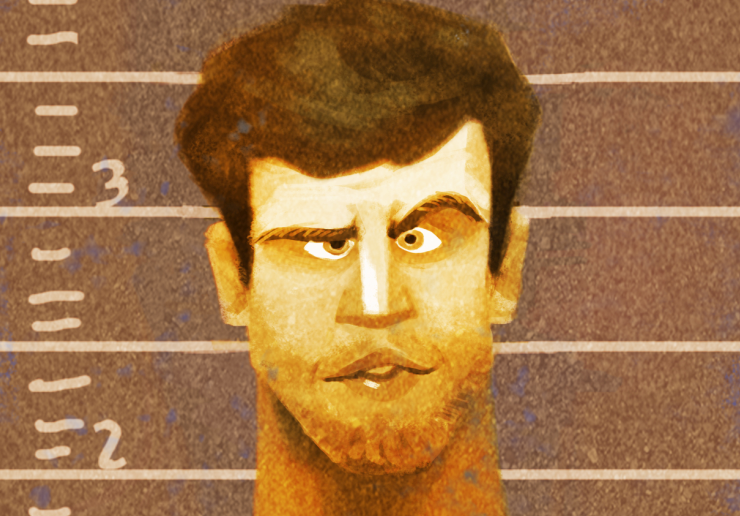 "A lessthom-chapman-a-monster-pitch-gone-wrong…on in personal interests vs. broadcast interest", says ToonBox's bizdev & sales VP. Or in other words, how not to pitch animation!
By James Martin on July 23, 2012 0 Comments

I have a certain reverence for the off kilter punks and misfits of the world.  So when an opportunity of creating a Halloween special based off of the antics of the infamous noise rock band Half Japanese came my way, I was convinced this was going to be the biggest thing since The Halloween Tree! Maybe even bigger …

Given Half Japanese’s penchant for tearing down music conventions, this special also tore down story conventions. Y’know, act structure, plot, character development, theme, and um, plot. Nonetheless, I was convinced there would be enormous intrigue to my “Jad & David’s Monster Special” pitch. Naturally, the convoluted nature of the special was its absolute downfall and my pitch became more of a mess than the actual show itself.

“What do you mean, it doesn’t work!?!?… We’ve got two bros! They’re the Jackson Pollacks of music! They’re getting Mister Monster Master to turn them into Monsters for their party so they can outdo the 13 year-old kids’ Halloween party across the street!.. Don’t you get it here, man?”

Clearly they did not. So, not realising how far I had dug myself in ultimate pitch hell, I continued:

Suffice it to say it was the most memorable pitch I will ever do, but for all the wrong reasons, but I did learn some valuable lessons:

– The shorter and more concise the pitch, the better it is. (The more details you give at the beginning stage, the more confusion it can cause)

– Although it is fun to be selfish and think a show can be created purely on your own tastes, it probably is best to have the audience firmly in mind before creating a pitch

– Learn from your mistakes, and learn to laugh about them as well

– Don’t be afraid to write a blog post about it – it can be quite therapeutic, and you can offer sound advice to those who are going to pitch for the first time 😉

– Practice your pitch in front of people who are not familiar with your concept.  You can learn first-hand how you can tailor your explanation of the show, based on their confused looks and questions

– Not everyone has the same sense of humour – you can try and crack jokes, but know you are taking a risk and the jokes may fall flat.

Keep pushing for your dreams. I know I will never talk as passionately about any other show idea than that of Half “Japanese”, and I am looking forward to developing a more refined, focused, audience-in-mind show, for my next pitch.

And it just so happens that Canada is MIPCOM’s Country of Honour! More on that here…