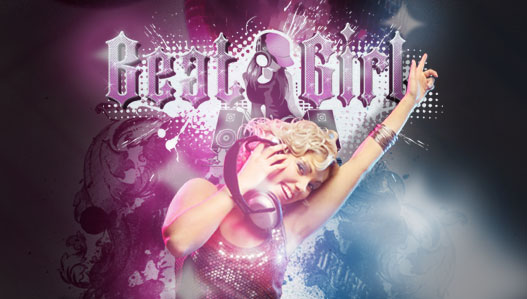 Nuno Bernardo: Why producing for multiple platforms is good for storytelling… & for business

Transmedia IP Beat Girl (photo) is the latest of many to tell its story across several platforms. Here's why!
By Nuno Bernardo on May 11, 2012 1 Comment

In 2002, when I was taking a small handmade promo of Sofia’s Diary to broadcasters, mobile operators and portals, I had no idea about the potential of a cross-media property and the way audiences were changing their habits of watching entertainment, especially television. I just knew that I had this little character that had these small stories that I wanted to be heard (and broadcast).

What I did know at the time was that it didn’t make any sense to limit the content to just one platform. Internet or mobile usage was exploding, especially with teenagers and young adults, and they were being used to tell the story we wanted to tell without the limits or the formats of TV broadcast. This self-funded cross-media approach paid off and let our small story become a mass-market phenomenon, becoming one of the top TV Shows on Portuguese broadcaster RTP, a book sensation with almost half-million books sold and a licensing hit. In 2006 the show went international and is now localised in 10 territories around the globe.

Sofia’s Diary was shaped around the concept that linear broadcast content was becoming less and less effective as a way to attract and keep audiences. Not that television was dying, but digital technologies were allowing audiences to shape their own entertainment experience. Personal Video Recorders and the Internet-based devices allowed each person to create their own schedule.

The industry does not seem to be catching up with this new paradigm. Broadcasters are still focusing on formats and content aimed at the linear TV broadcast market. More than 90% of their content is created for TV broadcast, and the internet and digital are just other windows to re-run the TV material. Original web (or digital commissions) or web-only licensing are still a rarity, although broadcaster’s websites, VOD services and other forms of on-demand entertainment already count as a significant part of their daily audiences.

The big challenge to producers and broadcasters is to understand the fact that different media requires different languages, approaches and probably different storytelling structures and formats. Historically, new media (cinema, radio and TV were once new media) in their early years usually borrowed their language from existing media. As these “new media” grew up and conquered audiences, they developed their own language and formats.

Webisodes, made for the Web and mobile platform digital content, still borrow most of there structure from TV. Most of the time the content consumed on these platforms is repurposed TV shows, broadcasted on its original format or “chopped” into smaller pieces with shorter durations. But as audiences evolve and become more sophisticated, more and more producers understand that repurposing content is not the best approach. The result is we are now seeing big TV shows (and some movies and popular video games) having their own spin-off web series, mobile or companion tablet games and digital comic books or eBooks.

If the main motivation of producers and broadcasters is monetising the popularity of their TV or movie brands on new platforms, or generating additional revenues by selling apps or digital downloads to their fan base, then content producers need to also realise that this approach has benefits both at a marketing and storytelling level. Writers and creators can expand their stories and characters to new platforms, develop their back story and extend plot lines, without being confined to the traditional TV and film formats, structures and episodes length.

At beActive we’ve been embracing all of these new platforms and the social media phenomenon in order to allow our writers and creators to tell better stories; stories that engage audiences on different platforms throughout the day. For example, we are at the moment wrapping a TV and multi-platform series called Beat Girl, to be released later this year. By the summer we will have released a web series that will act as a prequel to the main story, followed by a novel, a graphic novel, a series of articles in DJ magazines and one mobile game, complemented by a strong social media presence.

Most of this story-relevant content will not fit the rigid format of a half-hour TV comedy-drama, but it’s ideal content for the aforementioned different platforms, and helps in building a fan-base and making sure that that fan-base connects at a deeper level with the main characters and their motivations and plotlines.

Nuno Bernardo is the co-founder and CEO of transmedia production company beActive. Bernardo is also the author of a book, The Producer’s Guide to Transmedia. Find him on Twitter and Facebook.