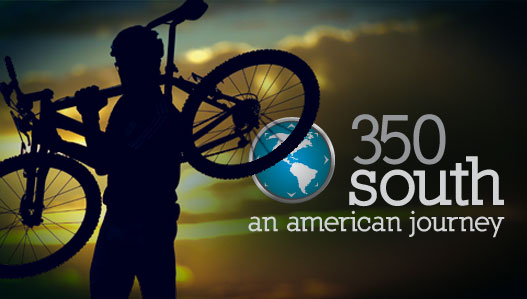 The head of beActive Media & MIPCube speaker explains how transmedia tactics can be applied to documentary and factual entertainment shows.
By Nuno Bernardo on March 8, 2012 0 Comments

Transmedia is seen by the TV industry as a tool – some call it a gimmick – to engage young audiences around scripted formats and franchises. It’s clear that this demographic includes most early adopters of new technologies. But with the success of new smartphones, tablets and social media services, all types of audiences are getting savvier and demanding more engaging content that they can take with them everywhere.

Looking at these recent developments in technology, we’ve been diversifying our slate of productions. It’s true that ten years ago, our first transmedia project was aimed at teen girls. The reason was obvious: they are big users of social media and mobile phones and they seemed the right demographic on which to try new forms of entertainment. But since last year, we’ve been developing documentaries and factual TV series aimed at older audiences and applying our decade-long experience in transmedia product development. Looking at the spectrum of projects available, we wanted to do something different. Again, we wanted to put the audience in the centre of it all.

Extending a factual TV series or a documentary with additional digital content is nothing new. In the late nineties, the BBC developed some complementary content for its flagship documentaries accessible by red button technology. These offers were created around the concept of “click to know more”. They acted like extensions of the TV documentary, providing audiences with additional information around the subjects or characters featured in the documentary. More recently, the likes of Arte in Europe and the National Film Board of Canada have been co-producing this sort of “two-windows” documentary, where audiences can extend their TV experience with additional digital content made available on the web (or mobile platforms).

Although these extended documentaries have proven relevant and popular with audiences worldwide, we wanted to do more with our factual offers. We wanted audiences to be part of the documentary. So, last year when a young Irishman called Ian Lacey approached us with this crazy idea of cycling from the most northerly point of Alaska to the south of Argentina over 350 days, we had the right subject with which to start our first experience of developing a transmedia documentary: 350 South.

Of course, we used traditional social media tools: Facebook, Twitter and daily video blogs that audiences can follow. But we also created the right context so the documentary can be affected by audiences. We used Spot Adventures’ GPS tracking service to enable everyone to know where Ian and his cycling partner, Lee, are at any given moment.

Both Ian and Lee are available almost daily on social media, contacting viewers. And the results started to appear. Viewers that live near the route they established started to contact the adventurers, offering them a meal, a place to sleep or a pint in the nearest pub. They are physically interacting with the adventurers, and as everything is recorded on camera, they become part of the documentary. Audiences also unite in cycling events, helping the adventurers to overcome some challenges and also telling their own stories. Other adventurers doing similar routes found out about the documentary and approached Ian and Lee, becoming part of the experience too.

Why is all this important to us? Because we have generated a community of fans and followers that are deeply connected to Ian and Lee’s stories. The fact that more and more people every week join the experience enriches the content and the documentary itself. At the same time, we are developing the roots for a growing community which is part of the film-making process and will probably be our best marketers when the documentary is released. So far, 350 South is available online and five minute interstitials are being broadcast on TV (Setanta Sports). Later on, the documentary will be made for TV and as a book.

Most recently, applying the experience we’ve gained on 350 South, we are producing Road to Revolution, a documentary about three journalists who will travel 15,000 kilometres across 10 countries in the Maghreb and Middle Eastern regions, following the path of the Arab Spring. Starting in Turkey’s megacity Istanbul, the “Road to Revolution” is going to cross some of the most tense and effervescent countries on the planet – Syria, Lebanon, Jordan, Israel, Egypt, Libya, Tunisia, Algeria and Morocco. The project is starting as a web doc and a weekly column in a news magazine and will later cross to other platforms including TV and print as well as being made available as a feature film. The approach is similar to 350 South: using transmedia and social media tools to make the audience a part of the experience from day one.

Nuno Bernardo is the co-founder and CEO of transmedia production company beActive. He speaks at MIPCube’s “Meet the Transmedia Trailblazers” session Saturday, March 31 (10:00), with:

Bernardo is also the author of a book, The Producer’s Guide to Transmedia. Find him on Twitter and Facebook. Or connect to beActive’s Factual YouTube Channel: beReal.