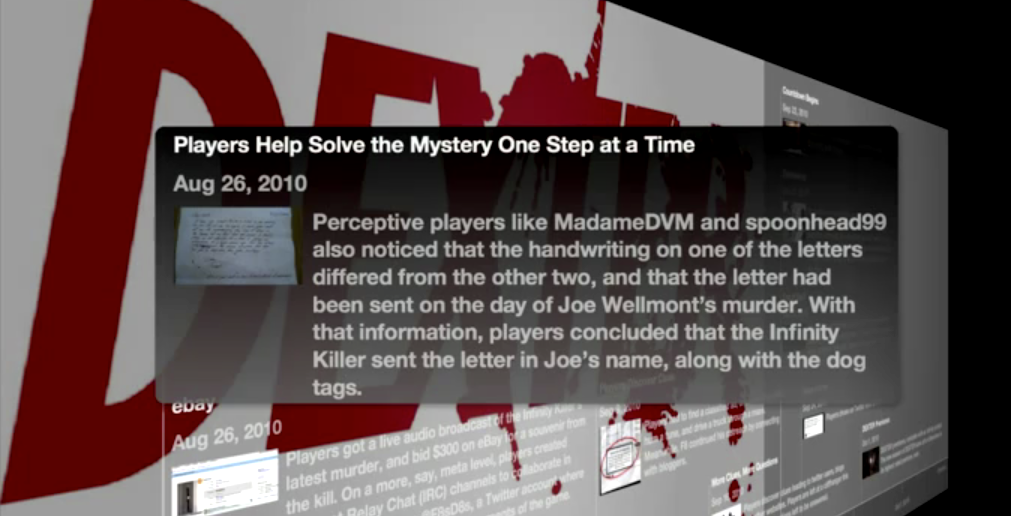 Simon Staffans: Why Transmedia is a no-brainer for TV

Media City Finland’s Staffans presents a MIPBlog-exclusive digest of his extensive ”One Year in Transmedia” book. Enjoy!
By Simon Staffans on February 16, 2012 2 Comments

There’s no denying it. The audience has moved on. It’s no longer a question of whether a show should be developed for second screen action, for interactivity and for a socially connected, proactive audience. It doesn’t matter whether anything in television is developed with this in mind or not, it’s happening anyway.

If your content evokes any sort of feelings in anyone, they will Facebook it, tweet it, blog it and talk about it. What we’re experiencing right now is a whole industry which is trying to find coherent best practices to address the challenges and opportunities that this situation brings.

Some productions have taken to this beautifully; Glee have been doing this for three years already, shows like True Blood, Game of Thrones and Dexter (the above image is from a ‘transmedia timeline‘ of the show) are very much proactive in this area and just last week the 2012 Grammy Awards saw over 17 million social media messages in one day, coming in second only to the Super Bowl a couple of weeks ago (which achieved nearly 17,5 million messages).

When developing a television show – be it a live show, a documentary, a drama series or something else – with social interaction, audience engagement and interactivity in mind, using transmedia storytelling methods make very much sense.

– help creators and find logical, engaging ways to give the audience tools and reasons to create and interact

– and will give birth to new ideas and highlight new possibilities when it comes to using technology, apps and software in connection to a given show.

These are some of the points I raised in my publication late last year, One Year in Transmedia, where I curated one year’s worth of blog posts and combined them with interviews with some of the brightest minds in transmedia today.

Looking ahead at the coming years, Andrea Phillips, the award-winning transmedia writer and game designer, sees great possibilities for television:

“I think we’re going to see tremendous shifts happening in television. It’s the medium best-suited to anchor an interactive transmedia narrative right now. It’s episodic, very often entire communities consume the work at the same time, and it’s fairly nimble compared with feature films and print publishing. I think we’ll see such a volume of work that the transmedia element of a TV show will become a no-brainer. It won’t be special; it’ll be expected, and a show that doesn’t do anything will feel like it’s missing a beat.”

“We are in a transitional phase, where TV is increasingly considered to be just a bigger screen. Those able to use space and layout (and by space I mean the “living room” and the power of family aggregation, and for layout, the user experience of Smart TV) will win the game in the coming months. I agree that Transmedia is impacting TV, but TV needs to become one of the screens in a multiplatform ecosystem.”

Finally, I also interviewed transmedia guru Jeff Gomez, of Starlight Runner, and asked him at the end how he envisaged the discipline in three years’ time. His answer was encouraging to say the least:

“By 2015, transmedia narrative will have taken root as a form of artistic expression unto itself.”

There is much more food for thought in the publication, which is available for free on a Creative Commons-basis.

With these encouraging examples and discussions in mind, I’m thoroughly looking forward to experiencing MIPCube, MIPFormats and MIPTV 2012 and all the brilliant new ventures that we can take part in there.

Got a great New Transmedia Concept to share with the world at MIPCube? Pitch it here for a chance to win €3,600 in funding at Content 360.
But hurry: the deadline’s soon!