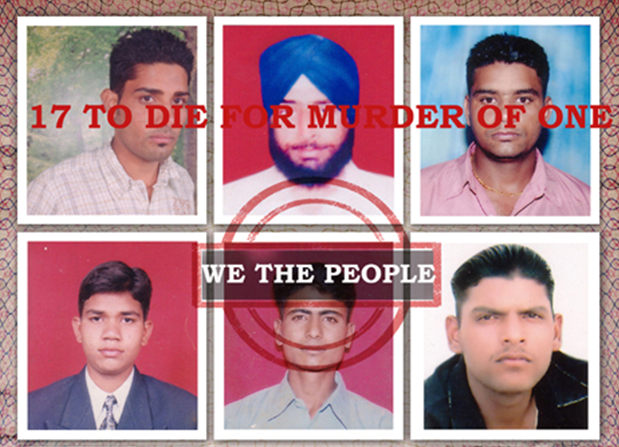 Interview with Soniya Kirpalani: How to make your Documentary… and make a difference

Since winning last year's MIPDoc competition with her film about 17 Indians on death row, the now nearly-finished doc has contributed to their recent release, Kirpalani told MIPBlog.
By James Martin on February 29, 2012 0 Comments

In April 2011, UAE-based Indian film-maker Soniya Kirpalani pitched her documentary, “We, The People“, to a room of commissioners, at MIPDoc’s CoProduction Challenge. She went on to win the competition, as well as many more worldwide. Now the film is not only nearly finished, but the 17 Indians whose tale it tells have just been released, avoiding the death penalty with which they were threatened for killing a Pakistani man in the UAE.

Kirpalani spoke to MIPBlog about the creative process, getting her film produced, crowdfunding… and making a difference.

MIPBlog: How did winning the MIPDoc CoProduction Challenge help your film?

Soniya Kirpalani: It allowed me to obtain 45% of the film’s funding. That wouldn’t have happened otherwise. And because it happened at MIPDoc, all the biggest commissioning editors knew who I was. They have kept in touch since, and said they’d like to help me. What’s great is the legitimacy of an award like MIPDoc’s for getting people to talk to you; that legitimacy shows (TV industry) people that you’re part of a good thing.

Why did you choose to make your second film about wrongly-accused Indians in the UAE?

> I always  thought I’d do ‘softer’ films… But this was something I couldn’t look away from. Seventeen Indians were to be killed for the murder of one person. That was a shocking thing for us Indians in the UAE; we’re quiet people. It rattled me especially because I have a lot of respect for the Sharia law system. It’s conservative, but it works.

So I followed up with the families and the trial, as I write for a few publications who had asked me to cover the case. But I sensed that just putting it on paper wouldn’t be enough. So I recorded everything in video and audio, including interviews with the accused, and with the first eye witness, who said he didn’t identify any of the 17 suspects. When I leaked that video to the internet, a big TV channel (Punjab TV) covered it, albeit in a dismissive way. Still, that made a big difference. Human rights came on board, public opinion was mobilised… the case’s profile was raised.

I also saw it as a benchmark case as it could change the plight of Indians in labour camps in the UAE. I discovered there were often multiple sentences for the killing of one person, as it’s so hard to identify people in these labour camps. So then the poverty-stricken people who live there saw how they could use the media to get justice done. And I decided to film the documentary both from their point of view, and on the other side from that of the lawyers and human rights organisations fighting for them.

February 8, the accused were let off. How does that make you feel?

> It’s great to see how those boys have changed the system. There’s still a civil case planned in April, when those who have evidence will have a chance to prove they were innocent. What got them off the death penalty was a compensation deal between the Indian government and the family of the murdered person; the boys ‘confessed’ for a quick settlement. Still, yes, I’m very happy. But it wasn’t just me! It was the local media, who broadcast the material despite the risk of getting arrested. The credit belongs to them. I stirred things up, and jointly – including the UAE police, who gave me access to the prisoners – we made a big difference all together.

We’ll be taking the boys back to India in April, then wrapping up the film and aiming to get a rough cut out by June.

What for you were the key steps of getting your documentary funded?

> The first was winning at MIPDoc. It was just a pitch, so we won with a four-minute short: that’s all we’d made at that early stage. Almost every channel in that room that day in Cannes showed interest.

The Bertha Foundation went out of its way to get funding for me last year; and my final round should be confirmed soon, by the Bertha Brit Doc fund.

I did seek advice before starting, notably from my director of photography, who agreed to film this difficult subject matter; and from Emily Harris, my editor, who said she’d do it as long as the film was ethical. And Zak Hussein from Ikon helped, by giving me the cameras for the shoot.

We filmed 50-55% of the principle production without calling for any funding. Then I applied for MIPDoc, where I found buyers, support and above all a great litmus test of whether the film would work. Meetings at Good Pitch and Realscreen have also helped further shape the project… and everyone who’s promised help has been true to their word.

So now we’re 90% into production, I’m looking for final funds. There are always unforseeables, like the boys being set free… or cases where you’re not allowed to shoot despite having obtained permission. In which case, we guerrilla shoot!

Have you tried crowdfunding yet? How do you rate it as an efficient fundraiser for film-makers?

> It’s a big hope. I’m working on another film, The Veiled Threat, about how women (notably in Muslim countries) want to choose what they wear. So we’re looking for moderates to give their position on the subject. That film’s getting a lot of crowdfunding already: it’s had 97,000 hits in 2 days, and all the comments on that video wanted to know how they could buy the film. So once We, The People is out, I’ll put The Veiled Threat on a crowdfunding platform. The only thing is that when you do that, everyone’s a stakeholder; that can limit you editorially. But there are upsides too! I often get free taxi rides, where the drivers say “that’s to fund the film!” Crowdfunding platforms are also really good for raising awareness.

Producers attending MIPTV for the first time can do so for half the full price! More here