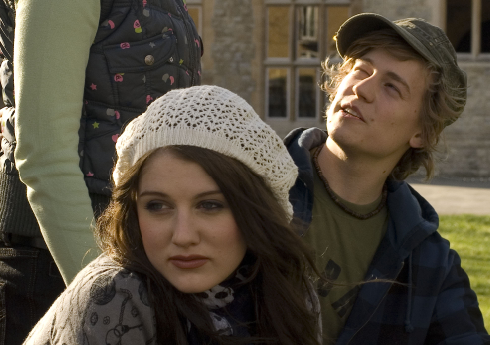 Nuno Bernardo: How to make your Audience part of your New Drama

The creator of Sofia’s Diary (photo) tells how his team engaged with this and other social shows' fans, keeping the characters 'alive' beyond the episodes. Take note!
By Nuno Bernardo on January 24, 2012 1 Comment

We are living in a time when the old monolithic media are fragmenting, audiences are becoming more specialised, and the ways in which they can access content are becoming more diverse. All these factors mean it is much harder to reach a large audience with one stream of content played out on one medium. It is also making this traditional one-content, one-medium model less and less profitable. Even a prime-time project, broad in subject and traditional in its approach, can benefit from a multiplatform marketing and distribution strategy.

When we wrote Sofia’s Diary (the teen drama series broadcast by social network Bebo, ed.) I asked myself what made it different from other diaries about teenage girls.

The important point was that, in 2003, we were seeing a revolution in the way teenagers were using the internet and mobile phones. At this time, mobile phones and the internet were becoming social and entertainment tools. What we decided was to use these new internet, social media and mobile phone applications to bring the characters really close to the audience.

The internet (and now social media tools) enabled us to bring these characters into the daily or hourly lives of the viewer in exactly the same way that they would interact with their friends. This approach allowed us to further enhance this real-time experience by running the interactions in sync with the audience’s life. To do this, we created characters that were living at the same time as the audience. Then, in the story we could coax engagement from our audience using specific ‘push tools’.

The audience were being texted, coaxed and confided in on their web sites, just as one friend would to another. Sofia was telling them there was something happening in her life; but not only that, she needed the viewers to talk to her because she needed their help. By using these new tools, we moved away from passive storytelling, where the audience sits back and observes the characters in action. Instead, the characters were always living, always updating and, most importantly, always engaging with and challenging the audience to get involved.

What is critical to the success of this involvement is that it has imitated exactly what the audience expect when they go on the internet. Typically, internet users have a lot of distractions, a lot of other activities running side by side. We realised that it is vital to keep your audience communicating with you, because if you don’t engage with them they’ll quickly get busy with the billion other distractions on the internet. Beating the distractions is just one element of this interaction; the other is keeping the tone of your engagement consistent with the tone of normal communications between friends on social media, blogs, Facebook or Twitter.

We knew our show had to be more than video episodes – there can often be a video element, but that wasn’t enough to really connect with our audience. The irony was, in order to make our product successful and exceptional, we had to mimic all the normal, everyday things friends do. We realised that, if this was to be successful, it had to be about more than just telling a story; it had to be about creating an experience.

But producers can take this a step further, as we did on more recent series Flatmates, when we removed the normal walls between reality and the story. In this show, we had one character who worked as a barmaid in a trendy bar. Accordingly, once a month we set up a shoot where the character went and worked in the real bar in town and we filmed the episode there. Fans could then apply online for tickets and would also be invited to take photos or shoot clips on their phones, which they would then post on their own social media profiles.

After running the show for a couple of months, we realised that if you give your audience power over the story they will get rid of your antagonist, solve all the major problems and erase all the drama. If the audience connects with your hero they will do everything to protect their hero and solve all their problems. We found if you allow the audience to decide the basics of your story you would be in trouble; after a month, your hero will be wealthy, have the most romantic love-life in the world, best friends in the world, best parents, go on the best holidays and nothing bad will ever, ever happen to them.

Fortunately, we realised this early on and so created what in television terms is called the ‘A plot’. The ‘A plot’, or main story plot, has to be controlled solely by the writers. Accordingly, the audience could not touch, interact with or in any way interfere with the ‘A plot’. What they could alter was the ‘B plot’, which contained all the minor episodic dilemmas that were contained in Sofia’s life.

The audience, for instance, would be told of a choice; they could then decide if Sofia should study or go out with her new boyfriend. We allowed the audience to make minor changes in the show – so they felt that this was their show and was responding to their suggestions – but avoiding dramatic changes that could ruin all the drama of the story we wanted to tell.

The tools described above allowed us to engage audiences, transforming them into real fans that followed our stories on different platforms through the week, and not just when the episodes were broadcast on TV. This approach allowed us not only to increase the TV show’s ratings, but more importantly to create a loyal fan base. Sofia’s Diary, Flatmates and Final Punishment were also successful brands outside the TV and internet. We sold hundreds of thousands of books, we licensed the brands for dozens of products, we had magazines, released soundtrack CDs and many other products.

The financial successes of these brands were directly related to the size and level of engagement of our online fan base and not just to the ratings of the TV show.

Nuno Bernardo is the co-founder and CEO of transmedia production company beActive. He is also the author of a book, The Producer’s Guide to Transmedia. Find him on Twitter and Facebook.