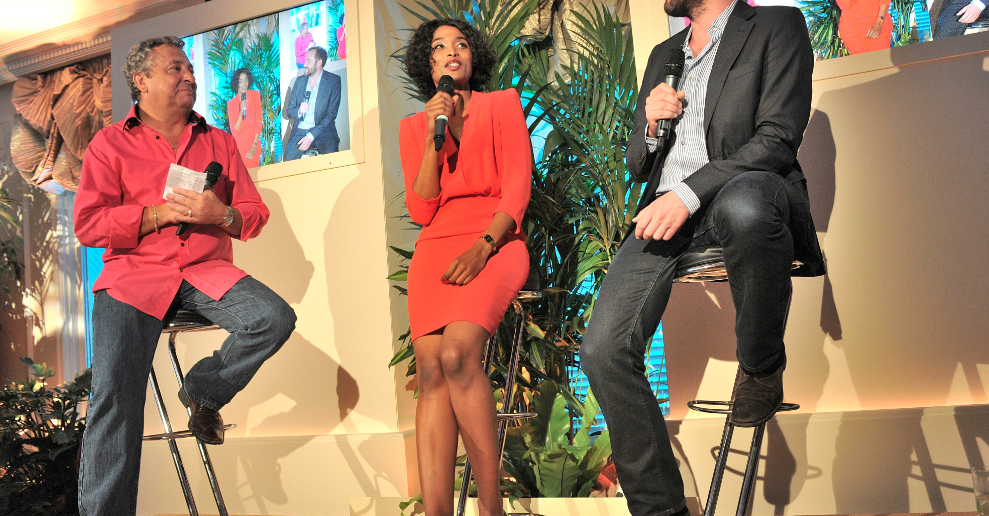 BBC One and France Télévisions co-production gets glitzy launch in Cannes for MIPCOM
By Stuart Dredge on October 5, 2011 4 Comments

The series was produced by Red Planet Pictures and Atlantique Productions in association with BBC Worldwide and Kudos Film and Television for BBC One and France Télévisions, with support from the region of Guadeloupe, where it’s set.

Miller plays an English policeman sent to solve a series of murders, with the initially unwilling help of Martins’ local policewoman. It’s the first time France Télévisions and the BBC have worked together to co-produce a drama series.

Jordan introduced the evening, explaining why he thinks the show will be a hit with audiences in the UK, France and beyond:

Meanwhile, star Ben Miller said taking the job wasn’t a hard decision. “Because on the island – there is forensics, there is ballistics, but it’s not immediately available – that means that all the sleuthing has to be done by a really old fashioned means. They’re kind of almost like Agatha Christie stories.”

His co-star Sara Martins said that playing with stereotypes of French and English people was fun: cups of tea and frog-leg meals included. The partnership worked well. “These two together on screen, I promise you, it just sparkles,” noted Jordan.

Sara Martins at MIPCOM on her character in Death in Paradise