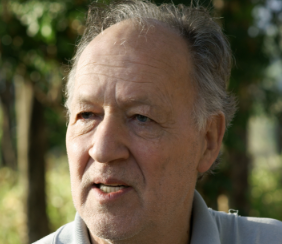 Julian Newby spoke to the legendary director, in Cannes for his documentary on death row prisoners in Texas
By James Martin on October 3, 2011 0 Comments

Following the recent success of his 3D feature-length documentary Cave Of Forgotten Dreams, veteran German filmmaker Werner Herzog (Nosferatu The Vampire, Fitzcarraldo) is at MIPCOM to present his latest documentary Into the Abyss – A Tale Of Death, A Tale Of Life, an in-depth examination of the personalities of American convicts awaiting the death penalty, commissioned by German state broadcaster ZDF.

What fascinates Herzog about inmates on death row is that fact that they know exactly how, and when, they are going to die. “They know every step of the ritual, the protocol. They know the minute they are going to die, we do not. So there is a very significant sort of difference between us.” He added: “This is true American gothic.”

Herzog conducted exhaustive research on each of the inmates featured in the film, before conducting the on-camera interviews. “I did my homework. I went through each individual’s case file, sometimes hundreds and hundreds of pages of police reports, witness interrogations, crime scene photos and court transcripts, so I was quite familiar with the crimes themselves — but not of course with the people. You have only 15mins for a conversation on camera so you have to be able to settle in immediately and find the right tone.”

Herzog said the common denominator between the convicted criminals interviewed was a bad start in life. “Quite often I asked them about how we should conduct our lives? How should we cherish each moment? How should we raise our children? And it’s very significant because many of them had very bad upbringings and terrible childhoods, and they all insist on small family values, without exception.”

And Herzog is clear in his own views about their plight. “I am cautious because the film should not make them heroes,” he said. “In all the cases that I dealt with, the question of guilt does not even exist anymore, and I tell them all that ‘this is not a platform for you to prove your innocence, are you still willing to talk to me?’. In all cases, the jury’s guilty verdict was based on overwhelming evidence.”

But this does not mean that Herzog agrees with the death penalty. “My view is unshakable, and I don’t even have an argument, I only have a story. And it is the history of Nazi Germany, the barbarism where you had an incredible amount of capital punishment, and parallel to that a programme of euthanasia, where if you were insane you were unworthy of life, and the state would kill you off.”

“On top of that the genocide of six million Jews — so period, end of story. No one of my generation in Germany, none of my peers advocates capital punishment. The state should never have the capacity to kill off anyone for any reason, period. It’s a very simple attitude, not even an argument. And I let everyone know at the prison that I am not an advocate, and that it’s not an activist film. You also have to understand that [while making the film]I am also a guest in the USA and a guest in Texas, but I respectfully disagree with the death penalty.”

This and more in the MIPCOM News: digital edition published here daily

A press conference with Werner Herzog takes place today in Auditiorium J, at 11.00