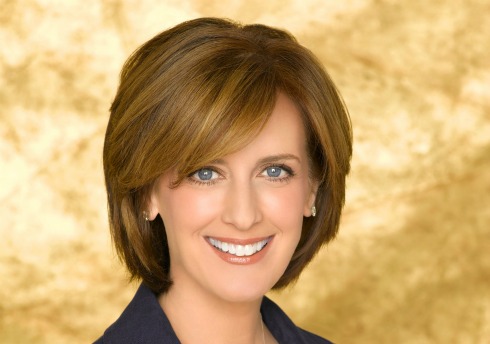 Anne Sweeney: “The next 5-10 years’ focus will be media personalisation”

Anne Sweeney will be named Personality of the Year at a MIPCOM gala dinner next month. She spoke to MIPCOM Preview editor Julian Newby ahead of the event.

Described by The Hollywood Reporter as “the most powerful woman in entertainment”, by Fortune as “one of the 50 Most Powerful Women in Business”, by Forbes as “one of the world’s 100 most powerful women”and by Fast Company Magazine as “ The Amazing Sweeney” Anne Sweeney is used to accolades. But she’s not making too much of being the first woman to be honoured at MIPCOM. “There are so many great women who have preceded me at MIPCOM,” she said. “My exposure to MIPCOM was really because of Geraldine Laybourne and Linda Kahn, the two people who took me to MIPCOM for the first time, showed me the ropes and introduced me to the marketplace. So in my mind I’m not the first woman, I’m one of many women that have been privileged to be a part of that marketplace.” But she added: “This award is a great honour on two fronts. Certainly personally, but also just to have the ability to represent our company and acknowledge all of the great work that Disney has done in the marketplace and all of the wonderful work that our employees have done.”

Sweeney has been credited with numerous digital developments during her time at Disney. But she pinpoints the start of the company’s development in this area to a phone call from the CEO of Apple. “Bob Iger called me one day and said ‘Steve Jobs would like to talk to you’, which was a wonderful phone call to get. It was about providing ABC and Disney Channel series as items to be played on the video-enabled iPod. I think it was that moment that opened our eyes not only to how technology can be used to reach our viewers, but almost more importantly it made us understand ourselves as a media and technology company, because what we did immediately following was to launch ABC.com.”

Sweeney was recently informed by a young focus group as to how things might continue to change for her company. “I think the next five to 10 years will require us to focus on the personalisation of media. I noticed recently in a focus group with children when they were asked with nothing on the table, just a moderator in the room did they have a phone or a laptop or a computer of some kind. And they were talking with their hands as though they were hitting a touch screen, and it was very instructive to me, just watching kids talk with their hands. It does make me think about how we should be presenting programming to them going forward for the devices that they’ll be using.”

Meanwhile, as well as business as usual, Sweeney plans to enjoy some of the simple pleasures at MIPCOM this year. “One of the things I’ve always treasured is the walk along the beach to the Palais in the morning. I think to myself how lucky we are to walk along the Mediterranean to work, so I am looking forward to those moments. But I’m really looking forward to seeing people that I’ve known for many years in this marketplace and people who have been great teachers.

This and much more in the newly-redesigned MIPCOM Preview magazine, online here!