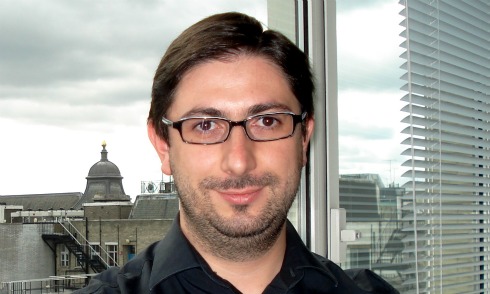 Nuno Bernardo: How to fund your next Transmedia project

The co-creator of social media TV series Sofia's Diary - and imminent MIPJunior speaker - explains how to get investors interested in your multi-platform IP
By James Martin on August 31, 2011 6 Comments

You’re ready to produce your first transmedia project. You have a strong premise; you created a story world with great characters living in it. You’re ready to share your vision with the world. You have fleshed out which media you are going to use but the next step is the hardest – finance.

Unless you are a Hollywood studio, you most likely won’t have the financial firepower to develop and launch across all the media and platforms you want to from the start. Plus you are going to have to convince your investors that you have a hit on your hands before you can launch anything. So what’s next?

Normally most people create a slick presentation and try to get financiers, broadcasters and partners on board. You book meetings, you present your great concept to dozens of people, they seem to love it, but months pass and nobody signs a cheque. You start to doubt; is it a good idea? Should I abandon it or change something?

It is probably still a great transmedia project, but the world is full of innovative projects. To prove your project is more than that you need to create a product (and not just a project presentation). You need to start producing your transmedia project yourself before someone is going to fund it for you.

Developing a full transmedia project across several platforms from the start would be prohibitively expensive. What you need to focus on is what is available to you to best demonstrate how your product works on one or maybe two platforms. Essentially, you need a ‘live’, functioning entry door into the story world you have developed.

When getting started with your transmedia production, I recommend that you focus on the media that you are most familiar with. For instance, if you’re a web-based company, you might want to initially focus on the internet, because this is what you know and this is what you do well on. So in this instance you might want to create a flashy website or an online experience.

If you are a television production company, you might want to produce your own short form episode or a pilot. Again if you are more familiar with the publishing world, maybe your starting point is a novel, or perhaps writing a series of articles for magazines. At this stage you are investing your time and calling in a few favours.

Remember, you shouldn’t try to do this all at once on several medias but you can (and should) plan a timeline and your expected expansion into other media.

Starting your transmedia production on your own gives you several advantages over the competition (the other producers that have nice transmedia projects that only exist on paper and slick PowerPoint presentations). One of the benefits of having ‘live’ examples of your story world is that potential financiers can see the world and interact with it. They can also see the size of the community that you are developing around your concept; the number of Facebook fans, how many people read the column in a magazine or the number of people interacting with this new concept.

We found what was important when selling Sofia’s Diary internationally was the fact that it had already been successfully deployed in one territory. Because of this, when we went to meetings to talk about Sofia’s Diary expanding into a new country we would always bring as many visual examples of the product as we could (be they videos clips, magazines or books). Obviously this was invaluable; when at meetings pitching the story we could demonstrate and show that the concept was a success and we had a track record to prove it.

Another really important part of launching your story at this point is to establish ownership and authorship of your work. If you pick your transmedia world and without any deployment you go to a potential financier and tell them about your great idea you are leaving yourself wide open to a number of dangerous pitfalls. If you have nothing but an idea, an investor or possibly a partner is likely to make some claim for a percentage of ownership of the entire format in return for investment.

Therefore it is vital, if you have any resources, to make the first deployment yourself and establish authorship on your own. Later when you go looking for funds, the story exists and you own it. By transforming your idea into a product (be it say a comic book, web series or blog) and building a community around it, it makes your pitching package something much more appealing to investors.

Financiers don’t like to take risks. They want to invest in successful products.  Prove to them it’s a success and not just a slick PowerPoint. This is the best position from which to negotiate.

Nuno Bernardo is the co-founder and CEO of transmedia production company beActive. He is also the author of a book, The Producer’s Guide to Transmedia. He speaks on MIPJunior’s “Teen Market at the Heart of Transmedia’s Explosion” panel October 1 (14.30). Find him on Twitter here, and Facebook here!