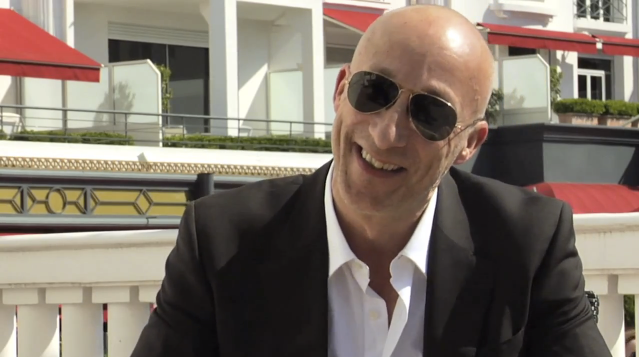 The 12 x 60 minute $34 million series was coproduced by France’s Canal+, ETIC Films and Lagardère Entertainment subsidiary Atlantique productions. The pilot and first two episodes were written by Tom Fontana (Oz, Homicide…). The period drama revolves around Rodrigo Borgia and his conquest of the Catholic Church, amidst the violence, intrigue, volatility and invention that characterised the Renaissance.

We also couldn’t resist (from 2m30) asking Hirschbiegel about Downfall, the historical film he directed, whose ‘angry Hitler‘ scene has become one of the most popular memes on the internet. “I rather take it as a compliment,” he said: “I wish I’d get some residuals from it… but it makes me very proud!”

The interview closed with the evocation of a second series of Borgia.

You can also read our MIPTV Preview production feature, including Borgia and many more major projects, here.