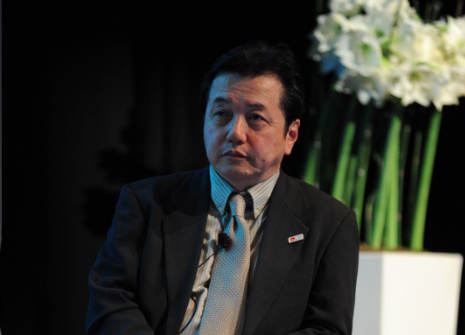 Sony, KCC, IMAX + PricewaterhouseCooper give the state of the 3D home/cinema entertainment market
By Angela Natividad on April 6, 2011 1 Comment

Think of this as a basic survey of the 3D TV market and its potential, as much of what each speaker had to say supported the findings of the others. As Shimazu so eloquently put it, “3D is the natural step of evolution to really produce reality… at least in terms of home cinema and video recording.

As things stand, the percentage of flatscreen TVs in Europe is at 30% (it is about the same in the US, as Teulade showed us later), according to Shimazu. Growth was sharp through 2010, especially over the holiday season.

The Playstation 3 is allegedly driving adoption of 3D home entertainment with its support of all stereoscopic 3D content. Over 48 million PS3s are 3D capable.

Personal 3D imaging, of near-professional production quality, is also more attainable. You can now purchase 3D handicams with MVC recording capacity; and next week, Sony will launch its own mass market 3D all-in-one camcorder. Sony already provides much of the full 3D workflow used at many events today.

The top three areas of consumer interest in 3D content are:

The fourth, for those who wondered, is gaming.

But to serve the needs of sports fans, Sony just closed a partnership with ESPN: its major sports are now all available in 3D. It also shot the Hawaii PGA Golf tournament in 3D.

In conjunction with Fuji Television and SkyPerfecTV!, Sony also facilitated the development of Tokyo Control, the first 3D drama series. (For the record, the fifth type of 3D content most-desired by consumers was original hour-long drama.)

European channels are taking note of 3D’s potential: networks like Canal+, Sky3D, Deutsche Telecom, MEDIASET, Numericable, and Al Jazeera, among others, all support 3D content already. However, there aren’t many offers of content yet, Teulade pointed out.

Together, Sony, Discovery and IMAX are releasing 3Net, a channel dedicated entirely to 3D programming.

Beyond at-home consumption, movie theatres increasingly also support 3D entertainment. “By the end of the year 2010, about 20% of box office revenue was created because of 3D,” said Shimazu.

The statistic was surprising, but perhaps more surprising was Teulade’s claim that 3D films now claim 50-70% of box office revenues.

The rate of technological improvement and content quality are not obstacles to mass market adoption of 3D, but price and the tenuous viability of the model are.

Perhaps most importantly, investment in the equipment for the time being also seems unjustified. People won’t “buy a 3D TV as such,” Teulade stated. “They will buy a futureproof TV.” And unless 3DTV proves itself thus (or gets ridiculously cheap – think LCD screens today), nobody’s gonna make a move.

He points out that Avatar has so far been the best and most impressive model of premium family 3D entertainment, meaning the bar has been set for what content quality mainstream users will expect on average; but that bar remains to be reached again…